Angelina Jolie is one of the most elegant and charismatic actresses working in Hollywood, and “Maleficent: Mistress of Evil”, the sequel of “Maleficent” (2014), works as a vehicle for her undeniable star quality to some degree. Although the movie is not that satisfying mainly due to its weak plot and characters, she ably holds it together whenever she appears on the screen, and she is surely having a ball here as before.

The story starts at the point which is several years after the ending of the previous film. After saving Princess Aurora (Elle Fanning) through her reluctant but sincere motherly love, Maleficent, played by Jolie, has been the protective fairy godmother to Aurora for several years, but she has still been regarded as an evil and fearsome entity by many humans out there, and she does not seem to be particularly willing to show her good sides to them as her kingdom, which is full of magical creatures, has been constantly threatened by humans from a kingdom right next to hers. When Aurora, who has been the queen of Maleficent’s kingdom, recently accepts the proposal from the prince of that kingdom, Maleficent is not very amused, but she eventually agrees to accompany Aurora when they are invited to the court belonging to the prince’s parents.

However, as already shown to us in advance, there is a conspiracy against Maleficent and her world. While the prince’s father is willing to welcome Maleficent as well as Aurora for peaceful co-existence, his wife, Queen Ingrith (Michelle Pfeiffer) is filled with hate toward Maleficent and what she represents, and it is not much of a spoiler to tell you that she has been developing a diabolical plan for eliminating Maleficent and her kingdom once for all. When Maleficent and Aurora come to her court, she does not try that much to hide her malice, and she surely goads Maleficent in several vicious ways while smiling as much as possible in front of others.

Not so surprisingly, the mood becomes quite tense when Maleficent finally decides that enough is enough, and then the situation gets far worse when the prince’s father suddenly becomes unconscious. When she is blamed for this unexpected happening, Maleficent promptly escapes from the scene, but then she gets seriously injured while flying away from the court, and then she is rescued by Conall (Chiwetel Ejiofor), a member of her tribe who has been hiding in some remote place with many other tribe members including Borra (Ed Skrein). While Conall believes there is still hope for co-existence between humans and his tribe, Borra thinks otherwise, and he strongly argues for battling against humans as many other tribe members listen to him.

Meanwhile, Ingrith goes further with her evil plan. Thanks to one of her cronies who has been experimenting a lot somewhere inside her castle, she now gets a powerful weapon which can wipe out all the magical creatures in Maleficent’s kingdom, and she is definitely going to use it on the day of Aurora’s wedding. Gleefully savoring every mean moment of hers, Michelle Pfeiffer is another enjoyable element in the film besides Jolie, and she surely reminds us that she has not lost any of her talent yet.

Unfortunately, the movie does not utilize Jolie and Pfeiffer’s strong presence well, and their characters are often hampered by its deficient narrative. Maleficient’s circumstance between Conall and Borra is not particularly developed well before it is eventually pushed toward the climactic part as demanded, and the same thing can be said about Ingrith’s bitter personal motive, which is only explored once and then discarded away without much care. 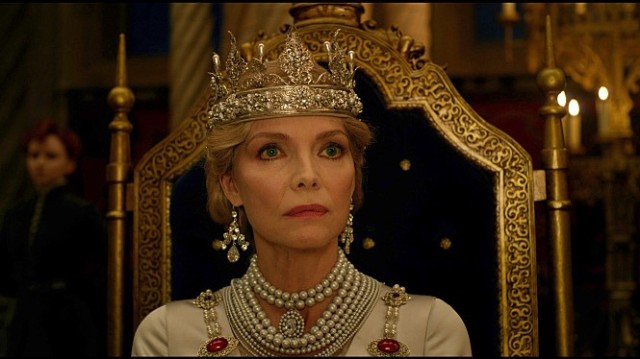 In addition, a number of substantial supporting characters in the film are mostly bland and uninteresting while merely functioning as plot elements. For instance, Aurora does not seem to be emotionally attached to Maleficent as strongly as she was in the previous film, and her prince charming remains anonymous as usual. At least, Elle Fanning fills her thankless role as much as she can, and the other notable cast members in the film including Sam Riley, Ed Skrein, Imelda Staunton, Juno Temple, Lesley Manville, Warwick Davis, David Gyasi, and Chiwetel Ejiofor manage to leave some impression despite their broad supporting characters.

In the end, the movie bombards us with heaps of CGI actions coupled with lots of noises as expected, but we do not get much fun and excitement from that while observing all these sounds and furies from the distance, and it is a shame that the movie does not let Jolie and Pfeiffer clash with each other as much as, say, Joan Crawford and Mercedes McCambridge during the climax scene of “Johnny Guitar” (1954). Yes, it certainly gives us a big moment of confrontation between them, but the resolution of this moment is quite contrived to say the least, and so is the following ending, which disappointed me a lot for its lukewarm handling of Pfeiffer’s character.

In conclusion, “Maleficent: Mistress of Evil” is not so tedious mainly thanks to Jolie and Pfeiffer, but it is still dissatisfying compared to the previous film, which is also problematic in terms of story and characters but is interesting nonetheless because of some strong feminist moments to be appreciated. Yes, it was surely amusing for me to watch Jolie and Pfeiffer opposing each other on the screen, but, folks, they deserve better in my humble opinion. 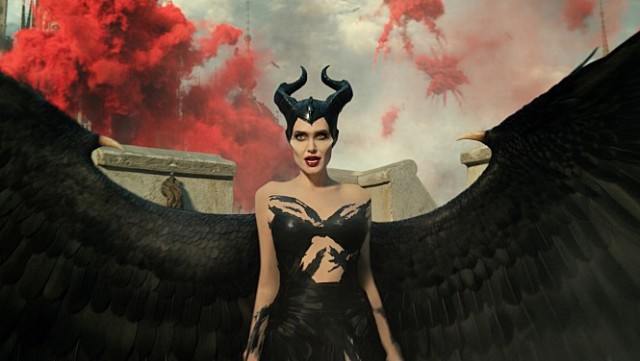