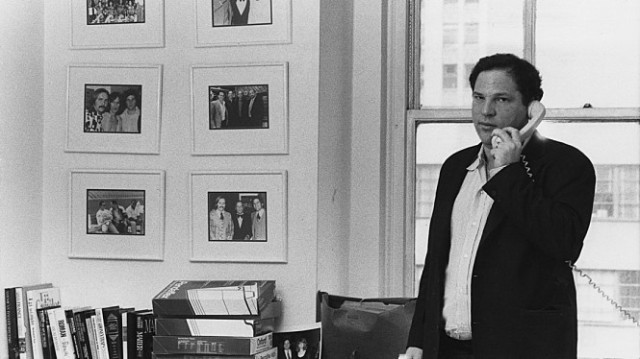 Hulu documentary film “Untouchable”, which was released in South Korean theaters yesterday, gives us an overview on the rise and fall of Harvey Weinstein, who was one of the most powerful movie producers in Hollywood before accused of a number of sexual assaults a few years ago. Mainly driven by the interviews from various people including some of his numerous victims, the documentary makes an effective presentation on how he got away with many heinous deeds during last three decades, and it also reminds us that there should be more change and justice in the system which has allowed and condoned many sexual predators just like him out there.

After the opening part briefly showing how briskly Weinstein got his eventual comeuppance after Ronan Farrow’s New York Times article on his long history of sexual predatoriness was published in 2017, the documentary moves back to his early business career during the late 1970s in Buffalo, New York. At that time, he was making considerable success in music business, but he aspired to become a movie producer someday, and, as several people who worked with him attest to us, he surely had enough ambition and tenacity for that. During the 1980s, he and his brother Bob Weinstein founded Miramax, and their company soon became a major player in the American independent film industry within next several years as releasing a number of acclaimed films such as “My Left Foot” (1989), “Sex, Lie, and Videotape” (1989), and “Cinema Paradiso” (1989).

Even during that period, Weinstein already began to his deplorable side as preying on any attractive woman who happened to be near him. Hope D’Amore, who worked with him during his music business years, recollects how he deliberately had her stay along with him in a hotel room during one night in New York City, and it is evident to us that she still feels quite hurt by what he did to her once they were together in that hotel room. In case of Kathy Declesis, who worked as a secretary under Weinstein in Miramax during its early years, she was quite angry and exasperated when she came to learn that her boss sexually harassed one of his female employees, and she eventually resigned with disgust and contempt toward him.

Not so surprisingly, Weinstein got away with these and many other cases of bad behaviors because, well, he and his company continued to rise with more money and success. As his several former employees bitterly admit in front of the camera, they and others around him usually tolerated his mean, vicious sides while benefiting a lot from him and his brother, and they all willingly looked away from what some of his female employees suffered because of him.

During the 1990s, Weinstein advanced further and further as boldly reaching for Oscar, and he eventually reached to several highlights of his movie business career via a number of notable films released by Miramax. In 1997, “The English Patient” (1996) won no less than 9 Oscars including the one for Best Picture, and then there came “Life Is Beautiful” (1997) and “Shakespeare in Love” (1998), which won him a Best Picture Oscar in 1999 mainly thanks to his aggressive Oscar season campaign.

And he continued to prey on a lot of young actresses whom he lured with the promise of support and success. In case of Erika Rosenbaum, she was sexually harassed by Weinstein more than once, and she still remembers well how much she was scared when she happened to be alone with him in a private place even though she was already well aware of what might happen to her. In case of Rosanna Arquette, who is one of more prominent victims of Weinstein, she was relatively luckier in comparison, but she instead came to pay the heavy price for refusing to do more than personally massaging his naked body.

Mainly through his former employee Zelda Perkins, the documentary tells us how thoroughly Weinstein silenced many of his sexual victims. When she happened to learn that one of his female colleagues was sexually assaulted by him, she promptly resigned as standing by her colleague, but then they soon found themselves cornered by his company and lawyers, who aggressively pushed them into a non-disclosure agreement which was pretty restrictive in many aspects. Not only they were demanded not to talk anything about the case in public, but also they were not allowed to discuss on that with anyone including their therapists, who, believe or not, also had to sign a non-disclosure agreement if that ever happened.

The documentary comes to lose its focus a bit during a part describing how Weinstein came to be exposed as he started to lose his power and influence after he and his brother handed over their company to Disney in 2005. A segment involved with his notorious public altercation with a couple of young journalists feels rather redundant, and I think the documentary does not delve that deep into how he was eventually exposed by Farrow and several other diligent reporters at New York Times, but it stays focused at least on those survivors who bravely talk about their painful experiences in front of the camera.

Overall, “Untouchable” is not entirely without weak aspects, and it could do better in my inconsequential opinion, but director Ursula Macfarlane did a good job of presenting her human subjects with considerable thoughtfulness and respect. As pointed out to us around the end of the documentary, a new era is beginning for many sexually victimized people out there, and I sincerely hope that there will be more talk about sexual assault and harassment in the future. 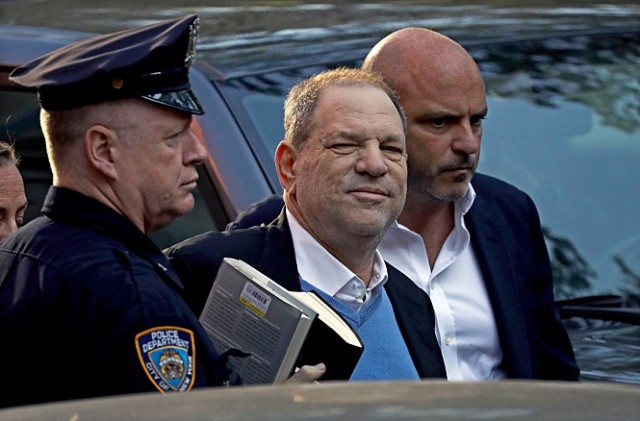