Documentary film “Memory: The Origins of Alien” gives us a close look into how “Alien” (1979) was conceived and then produced step by step. If you are already quite familiar with the long production history behind this great science fiction horror film which has lost none of its sheer wonder and terror even after 40 years, the documentary will probably not enlighten you that much, but it is still engaging on the whole as providing you some interesting insights on the production of “Alien”, and you may want to revisit “Alien” after watching this modest but solid documentary.

Everything started with a simple story idea conceived by Dan O’Bannon, who wrote the screenplay of “Alien” with Ronald Shusett. Since his childhood years in Missouri, O’Bannon had been quite fascinated with science fiction, and his wife Diane and several other interviewees tell us how much he was influenced by numerous pulpy science fiction stories and movies during his early years. He subsequently wrote a number of science fiction tales for himself, and the documentary shows us a short comic book story written by him, which was clearly a predecessor to “Alien”.

During the 1970s, O’Bannon became a screenplay writer, and he came to collaborate with John Carpenter in “Dark Star” (1974), a small offbeat science fiction film which was the starting point for their respective Hollywood careers. Although they did not collaborate well with each other during its production, its modest success led O’Bannon to Alejandro Jodorowsky at least, and we see several sketches made during the time when he and Jodorowsky tried to adapt Frank Herbert’s acclaimed SF novel “Dune”.

Unfortunately, as shown in documentary film “Jodorowsky’s Dune” (2013), things did not go well for them in the end, but their aborted collaboration turned out to be a fertile ground for one particular story idea conceived by O’Bannon. He tried to write a story about a bunch of spaceship crew members facing an unknown alien menace in the outer space, and his story idea soon came to draw the attention of 20th Century Fox.

O’Bannon happened to be at the right moment for developing his story into a movie. Since Stanley Kubrick’s “2001: A Space Odyssey” (1968) came out, Hollywood had gone all the way for making other science fiction films such as Steven Spielberg’s “Close Encounters of the Third Kind” (1977), and 20th Century Fox was certainly more enthusiastic about what was proposed by O’Bannon after the gigantic success of George Lucas’ “Star Wars” (1977).

During the pre-production period, O’Bannon searched for anyone to help him realize his vision in detail, and that person was none other than H.R. Giger, a Swiss artist who had drawn considerable attention for his grotesque style. Both O’Bannon and Giger luckily happened to share the common enthusiasm toward those unnerving gothic horror tales of H.P. Lovecraft, so they fluidly collaborated with each other during their creative process, and Giger came to create a number of boldly disturbing artworks which would be developed into those memorable images in “Alien”. 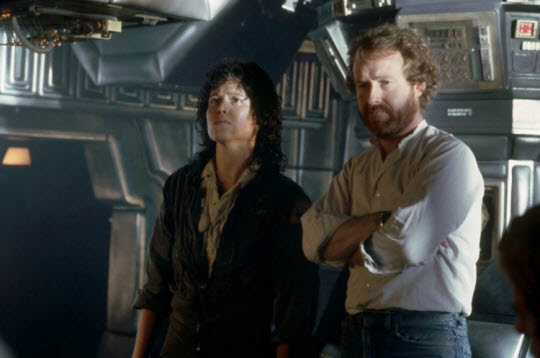 Giger’s final result was understandably welcomed that much by 20th Century Fox, but Giger and O’Bannon were luckily supported by Ridley Scott, who was selected as the director of “Alien” after Walter Hill, who was supposed to direct the film at the beginning, chose to make “Southern Comfort” (1981) instead. Although he had just made a feature film debut with “The Duelists” (1977), Scott soon came to gain the trust and confidence from his cast and crew members, and some of them eagerly tell us how skillfully Scott handled the production of the movie. They reminisce about how he paid lots of attention to the realistic mood and details of the film, and the documentary certainly does not disappoint us as showing us how Scott and his crew members prepared and then shot a certain infamous scene in the movie.

The documentary also explores how “Alien” was influenced by ancient myths – and how it has influenced many other films during next several decades. As reflected by the opening scene of the documentary, the Furies in Aeschylus’ “The Eumenides” are connected to O’Bannon’s story to some degree, and we also hear about how Giger’s artworks for “Alien” were considerably inspired by Egyptian myth in addition to the artworks of Francis Bacon. Once it came out in 1979 and then had an enormous box office success, “Alien” became a standard for a number of subsequent science fiction horror movies such as John Carpenter’s “The Thing” (1981), and even Scott himself returned to the world of “Alien” as making its two prequels “Prometheus” (2012) and “Alien: Covenant” (2017).

Although it stumbles during its last part where several movie experts busily delve into a number of ideas and subjects embedded in “Alien”, “Memory: The Origins of Alien”, directed by Alexandre O. Philippe, is as entertaining and informative as intended, and, as your average amateur movie reviewer, I enjoyed a number of nice moments in the documentary including the one which showed me how much “Alien” resonated with the audiences in the late 1970s like many other notable films of that period such as “Apocalypse Now” (1979) or “Kramer vs. Kramer” (1979). Sure, in terms of technical aspects, this is as plain as a DVD/blu-ray supplement, but I had a fairly good time with it at least, so I will not grumble about its weak points for now. 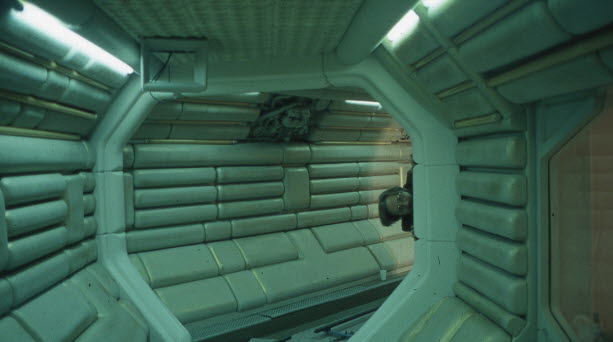