Bob Dylan has always been an iconic but distant figure to us. Sure, he has given us numerous memorable songs such as “Blowin in the Wind” or “Knockin’ on Heaven’s Door” for more than 50 years, but he has also been pretty enigmatic as going his own way, and we are still fascinated with him nevertheless. As having been your average longtime Bob Dylan neophyte throughout my life, I have only had a mild interest in his life and career, but I will not deny that I was quite intrigued by what was presented in Martin Scorsese’ HBO documentary film “No Direction Home: Bob Dylan” (2005) and Todd Haynes’ unconventional biography film “I’m Not There” (2007), which are, in my humble opinion, the best presentations of Dylan’s life and career.

As fondly remembering these two works, I certainly had some expectation on Netflix documentary film “Rolling Thunder Revue: A Bob Dylan Story by Martin Scorsese”, but I only found myself mired with bafflement and confusion instead of having more interest and fascination with Dylan’s life and career. As looking over Dylan’s legendary comeback concert tour in 1975, the documentary attempts to capture the mood and spirit surrounding the concert tour, but it somehow comes to lose its focus and perspective despite the prominent presence of Dylan in front of the camera, and I am not that sure about whether its whimsical shuffling of fact and fiction really works as well as intended.

Because the documentary does not provide much background information on Dylan’s concert tour, which was named Rolling Thunder Revue by Dylan himself without much thought or consideration, I guess I have to provide you a bit of background information I gathered from Wikipedia. Since that motorcycle accident in 1966, Dylan had stayed away from spotlight during next several years, but he eventually made a gradual comeback around the early 1970s, and he came to perform along with the Band during their concert tour in 1974. Not long after that concert tour, he came to decide to do another one, and he wanted to approach closer to his fans and audiences this time via performing in smaller auditoriums in less populated cities.

For this concert tour, he gathered a group of musicians including Patti Smith, Ramblin’ Jack Elliott, Ronee Blakley, Joan Baez, and a female violinist named Scarlet Rivera, who was, according to Dylan, a rather odd woman for her eccentric aspects. In addition, Dylan had Allen Ginsberg follow the concert tour as a sort of spiritual companion for him and others in the concert tour, though I must confess that I was often wondering about what the hell Ginsberg was doing there except hanging around with Dylan from time to time.

As far as I could see from the documentary, Dylan wanted Rolling Thunder Revue to be a creative musical circus for him and his musician colleagues, and he often put a semi-transparent mask or white make-up on his face when he performed his songs on the stage. During his present-day interview, he argues that he could convey the truth to his audiences more effectively in that way, but, to be frank with you, I do not believe his argument much. His disguise looks merely silly to me, and I only came to muse that he might have looked a lot like the Joker if he had put more white make-up on his face.

In case of music and performance in the documentary, they did not engage me as much as I hoped. Sure, the documentary will not disappoint those Bob Dylan fans out there as providing many moments of Dylan and other musicians singing a number of recognizable songs such as “Mr. Tambourine Man”, but these moments do not particularly feel interesting or spirited to me, and the documentary simply meanders from one moment to another while not generating enough sense of clear narrative we can hold onto.

At least, Scorsese assembles a group of curious figures to be interviewed. While it is a little poignant for us to see late Sam Shepard, Ronee Blakley and Joan Baez are willing to tell more about their respective experiences with Dylan, and Sharon Stone has an amusing anecdote about her first encounter with Dylan. At that time, she was just an anonymous pretty young girl, but she happened to draw his attention via one coincidence, and she came to make Dylan interested in a certain famous rock group. 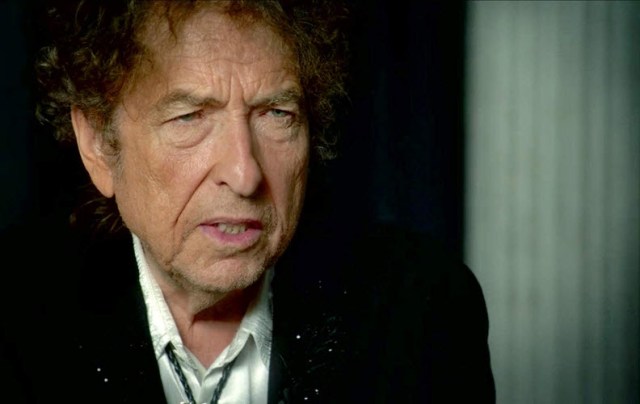 However, I have to remind you that some of the interviewees in the documentary are not real people. In case of Stefan Von Dorp, who is presented as a filmmaker struggling to shoot the concert tour during that time, is not a real person but an actor named Martin von Haselberg, and you may recognize Michael Murphy if you have ever seen Robert Altman’s acclaimed HBO mini-series “Tanner ‘88” (1988). I guess Scorsese tries to have a little fun with mixing fact and fiction here in this documentary, but the result is too dry and plain to be appreciated in my opinion. Come on, if a subject is as vague as Bob Dylan, what is the point of making a fun of it?

During its last 30 minutes, the documentary becomes relatively more focused along with the performance of “Hurricane” and “Knockin’ on Heaven’s Door”, though they come too late for us. Rubin ‘Hurricane’ Carter, whose unjust legal ordeal was the subject of the former song, eagerly reminisces about his touching encounter with Dylan, and we do not have any doubt on Dylan’s sincerity while watching him passionately performing that song on the stage.

In conclusion, “Rolling Thunder Revue: A Bob Dylan Story by Martin Scorsese” is not a total bore, but it is also often baffling and frustrating due to its unfocused narrative flow, and I would rather recommend you to watch “No Direction Home: Bob Dylan” instead, which will give you more insights on Dylan’s life and career. He is indeed one of the greatest American musicians of our time, but he will probably remain distant and elusive as before, and that is the only definite truth we can get from this flawed documentary. 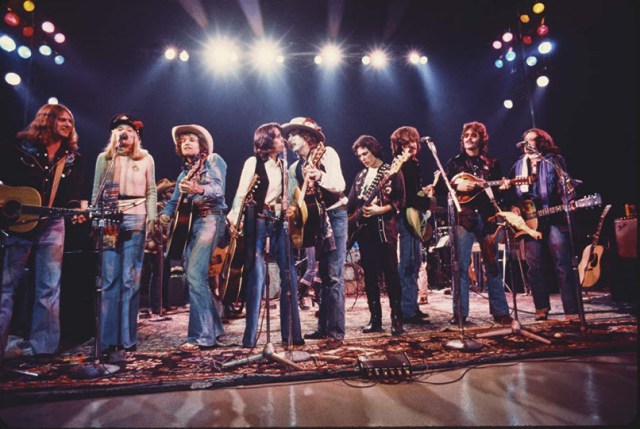