South Korean independent film “Second Life” is a sad, melancholic story about one young girl desperately running from herself via her constant lies. Although its heroine is not particularly likable to say the least, the movie observes her dishonest behaviors with considerable sensitivity and empathy, and you may come to feel a bit sorry for her although you still may not like her that much even in the end.

At the beginning, we meet Seon-hee (Jung Da-eun), and we see how this introverted high school girl tries to get closer to her classmate Jeong-mi (Park Soo-hyeon). After she hears that Jeong-mi wants to go to some popular pop concert but could not get a ticket to that concert, she searches the Internet for finding anyone willing to sell the ticket to her, and she also gets enough money from her rich mother, who is too occupied with her business to ask any question when Seon-hee simply says she needs money.

When Seon-hee tells Jeong-mi that she gets the ticket for Jeong-mi, she is not totally honest about how she got it, and she continues to lie just for making her look like a cool girl to hang around with. At one point, she buys a ring, and, when she later shows it to her classmates, she says she receives it from her college student boyfriend although she does not have any boyfriend.

However, not so surprisingly, Jeong-mi and other classmates saw through Seon-hee’s lies right from the beginning, and that leads to a painful scene where Seon-hee comes to learn of what Jeong-mi and her classmates really think of her. Naturally becoming quite spiteful, she attempts to have her revenge on Jeong-mi, but her following action inadvertently leads to a devastating consequence for not only her but also Jeong-mi, who turns out to have been hiding something very serious from her classmates. 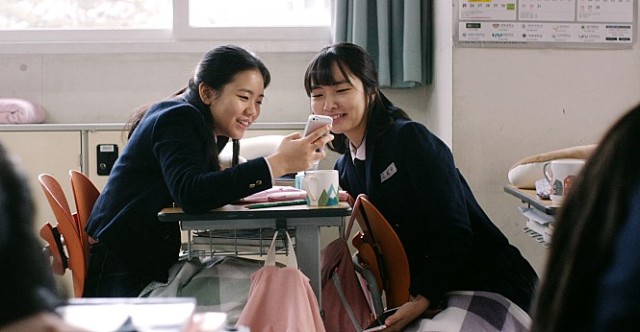 Feeling lots of guilt over what subsequently happens to Jeong-mi, Seon-hee attempts to kill herself as shown from the opening scene of the movie, but then she changes her mind, and the second act of the movie shows us how she tries to get away from herself. Not long after her failed suicide attempt, she encounters a kind middle-aged lady who has run an orphanage in some rural area, and that lady does not ask much while generously allowing Seon-hee to live and work at her orphanage, but Seon-hee lies again. While not telling anything about her real identity, she presents herself as ‘Seul-ki’, and it does not take much time for Seon-hee to get more care and affection from that lady as she diligently takes care of those kids at the orphanage.

As days peacefully go by at the orphanage, Seon-hee feels happier than before, but then she is told that she needs to go to high school. Although she is understandably reluctant at first, she eventually takes the entrance examination, and then she is sent to a local high school where she comes to stay along with many other students including her roommate Bang-wool (Jung Yoo-yeon), who cordially greets Seon-hee during their first encounter and then quickly becomes her best friend.

While initially a bit awkward in this new environment, Seon-hee soon gets quite accustomed to this new school life of hers. She becomes more active and social than before, and she and Bang-wool get closer to each other as spending more time together. In addition, she studies hard as required, and she is later notified that she is going to receive an award as a model student.

However, there is always the subtle tension around the screen as we are constantly aware of Seon-hee’s continuing deception. While she looks quite content and comfortable with her fake identity, we know how easily her lies can be exposed at any minute – especially when Bang-wool tries to photograph her at one point later in the story.

In the end, there comes an inevitable moment as Seon-hee cannot hide herself anymore, and the movie subsequently delivers a quiet but harrowing scene which depends a lot on Jung Da-eun’s effective low-key performance. The camera only watches her from the behind, but Jung ably conveys her character’s emotional turmoil, and that is more than enough to make us have some expectation on what may come from this young talented actress during next several years.

While Jung is inarguably the heart and soul of the movie, the few substantial supporting performers in the film hold each own place well around Jung. While Park Soo-yeon is particularly good during one crucial dramatic scene, Jung Yoo-yeon is also fine as Seon-hee’s new friend, and Jeon Gook-hyang did an excellent job of bringing genuine warmness to her supporting character.

“Second Life” is the first feature film directed by director/writer Park Young-ju, and her competent handling of story and characters here this movie shows us that she is another new talented filmmaker to watch. Within its rather short running time, the movie feels both succinct and compact thanks to Park’s economic storytelling, and, as far as I remember, there is not any redundant moment throughout the film. Yes, it is certainly not something you can casually watch on Sunday afternoon, but its many sensitive moments will linger on your mind for a while after it is over, and you may agree that it is another notable South Korean film of this year. 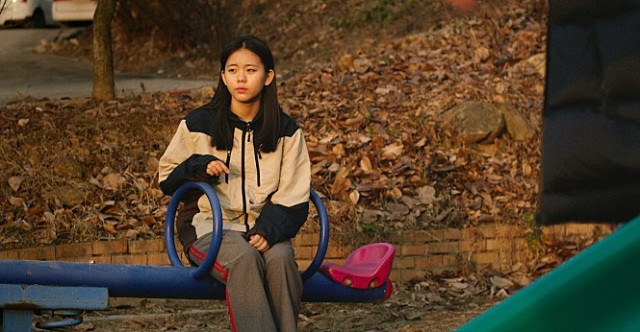