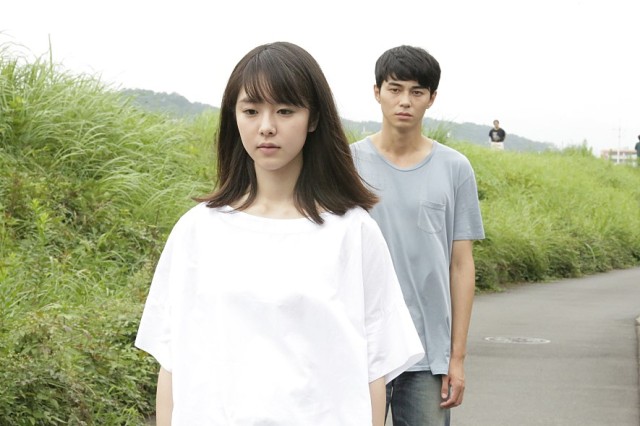 Japanese film “Asako I & II” rubbed me in a wrong way. While I observed its first two acts with mild interest, I was quite baffled and annoyed by its contrived third act which takes a sudden plot turn without much conviction, and I only found myself grunting a lot in discontent during the rest of the movie as being more aware of its artificial aspects in terms of story and character.

In the beginning, the movie opens with the Meet Cute moment between Asako (Erika Karata) and Baku (Masahiro Higashide). Right from when they come across each other during one fine summer day in Osaka, something clicks between them even though they are total strangers to each other, and we subsequently see them going through a number of happy moments including the one when they happen to have a minor traffic accident on the road but feel blissful nonetheless as lovingly looking at each other (They miraculously do not get injured much, by the way).

However, as her friend Haruyo (Sairi Ito) warns in advance, Baku turns out to be not a very good lover for Asako. During one evening party at his friend’s house, he simply walks from her just because he want to go outside for buying some bread, but he does not come back for a while, and this certainly makes Asako anxious. He eventually returns in the next morning with an excuse which may make your eyes roll, but then he disappears again a few weeks later, and that seems to be the end of their relationship.

Two years later, Asako is now living in Tokyo while working at a local coffee shop located near some prominent sake company. When she comes to that company for delivering coffee, she happens to encounter a guy named Ryohei (Masahiro Higashide), and she is quite shocked to see how much he resembles Baku. Once she discerns that he is not Baku, she tries to stay away from him as much as she can, but, of course, she finds herself often being around him via a series of coincidences, and he becomes attracted to her as feeling more curious about her.

Thanks to Asako’s actress roommate Maya (Rio Yamashita), Ryohei is invited to Asako and Maya’s residence along with one of his colleagues, but Asako remains as reserved as before, and the mood later becomes more awkward when Ryohei’s colleague comes to make a rather rude comment on Maya’s acting talent. He sharply points out how artificial and narcistic her acting feels, but then you may also sense how strained the four performers on the screen look as flatly delivering their lines, and I guess that is a sort of intentional meta-irony.

Anyway, once Ryohei’s colleagues apologizes to Asako’s friend, the mood becomes less tense than before, and these four people come to spend more time together. Although Asako is still distant to Ryohei, Ryohei keeps trying to win her heart, and Asako eventually comes to open her heart to him after another unbelievably coincidental moment involved with that earthquake which happened in 2011 March.

Five years later, Asako and Ryohei are now living together in their small but cozy apartment. Although they are not married yet unlike Maya and Ryohei’s colleague, they are very happy to be with each other, and they also have a cute cat which, in my humble opinion, steals the show every time it appears on the screen. 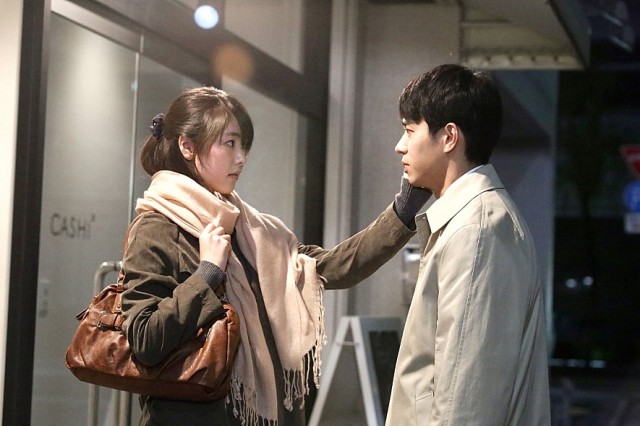 And then, not so surprisingly, there come an unexpected change. On one day, Asako and Ryohei happen to come across Haruyo, who is surely surprised by Ryohei’s uncanny resemblance to Baku. When Asako and Haruyo later come to have a private conversation during Ryohei’s momentary absence, Haruyo informs Asako that Baku returned a few years ago and then became a famous actor and model, but Asako does not seem to mind that much, and she subsequently says yes to Ryohei when he suggests that they should marry after moving to Osaka together for his work.

I will not describe in detail what happens next after that narrative point, but I guess I can tell you instead that the movie seriously lacks logic and credibility in depicting Asako’s confusion and conflict between two same but different men in her life. Sure, they say heart has its reasons of which reason knows nothing, but we cannot discern at all what Asako sees from Baku, who is merely a self-absorbed prick living by his childish impulse and does not feel like someone who can stir Asako’s heart. In the end, we come to observe Asako’s certain decision and its consequence without much care or attention, and the adapted screenplay by Ryūsuke Hamaguchi and his co-writer Sachiko Tanaka, which is based on “Netemo Sametemo” by Tomoka Shibasaki, simply trudges toward to its unresolved finale which is empty and superficial to say the least.

Overall, “Asako I & II” could be an interesting romantic drama about that elusive nature of love, but it is frequently hampered by its ham-fisted storytelling and half-baked characterization instead, and I still remember well how I sarcastically reacted to its problematic third act. To be frank with you, I actually felt a strong urge to shake its heroine hard for making her more sensible and then kick that prick really hard in the groin – and that is not a good sign, you know. 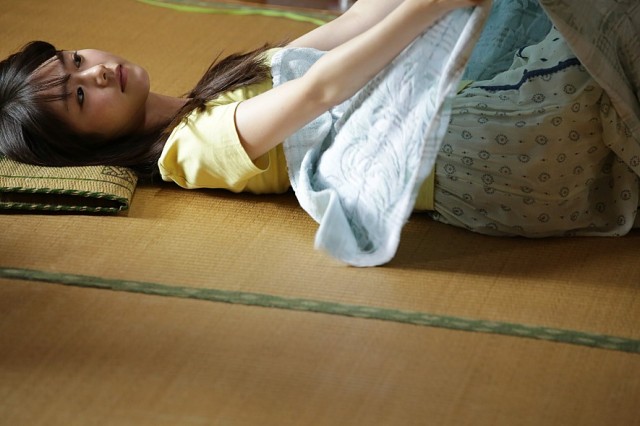 This entry was posted in Movies and tagged Doppelganger, Romance. Bookmark the permalink.