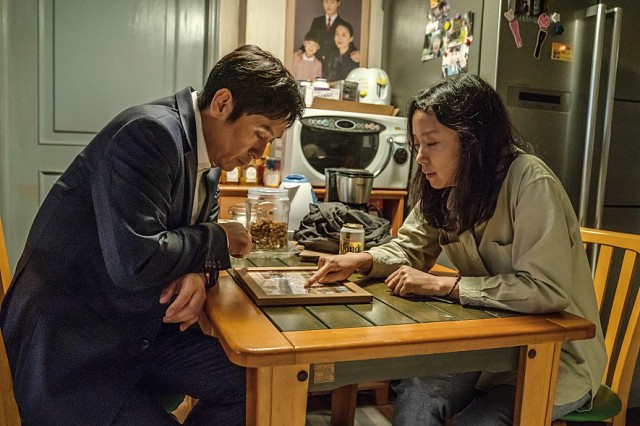 South Korean film “Birthday” is an earnest melodrama about the personal grief and sadness surrounding the sinking of MV Sewol on April 16th, 2014. While it is certainly well-intentioned and tactfully handles its subject with some restraint and respect, there are unfortunately a number of artificial aspects in terms of story and characters, and the movie often tries too much to pull our heartstrings in my inconsequential opinion.

At the beginning, the movie observes the estranged relationship between its two main characters. When he returns to South Korea after several years of absence, Jeong-il (Sol Kyung-gu) promptly goes to a shabby apartment building where his wife Soon-nam (Jeon Do-yeon) currently lives along with their little daughter Ye-sol (Kim Bo-min), but his wife does not respond at all for some reason when he repeatedly rings the doorbell of her apartment. Although he eventually meets her later, she is cold and distant to him while also ready for divorce, and we gradually come to see the reason. Around two years ago, their adolescent son Soo-ho (Yoon Chan-young) died along with many of his schoolmates due to the sinking of MV Sewol, and Soon-nam has been grieving a lot over their terrible loss while also angry and resentful about her husband’s absence during that horrible time.

Understandably feeling morose and regretful about not being there for his wife, Jeong-il tries to make amends to his wife and Ye-sol, who is usually perky but still misses her big brother nonetheless. When she goes to a beach along with her schoolmates, Jeong-il gladly accompanies her instead of his wife, but then he comes to see at one point that his daughter has not fully recovered from Soo-ho’s death yet. 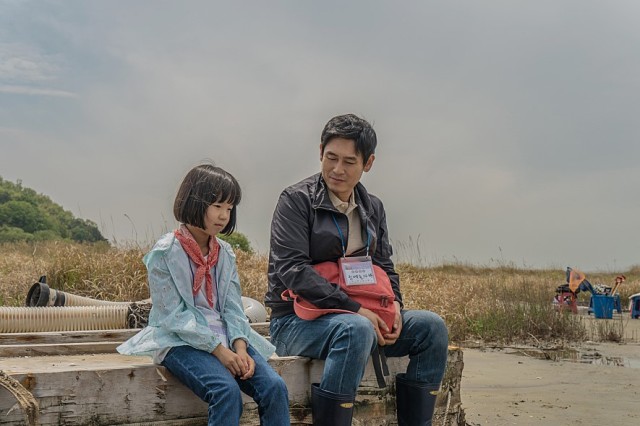 And we see how desperately Soon-nam has tried to suppress her painful feelings behind her frigid façade. When she and her husband go to the memorial for the sinking of MV Sewol, they come across several people who also lost their kids because of the incident, and they reluctantly join these people’s meeting, but Soon-nam cannot help but exasperated by the rather lively mood of the meeting, so she eventually walks away from these people after throwing some harsh words to them. As Jeong-il keeps hanging around her for restoring their relationship, she feels more pain and resentment than before, and that even affects her relationship with her daughter as shown from one brief hurtful scene.

Meanwhile, a guy from some association approaches to Jeong-il and Soon-nam, and he is sincerely interested in holding a private ceremony for Soo-ho’s birthday. Jeong-il has no problem with that, but Soon-nam flatly rejects this guy’s suggestion, and that causes more conflict between her and her husband. While he thinks the ceremony may give them an opportunity for healing and closure, she does not want to be reminded of her irreversible loss again, even though she misses her son more and more day by day.

In the end, there comes a point where Soon-nam finds herself quite overwhelmed by what has been accumulated inside her for last two years, but the movie does not provide enough emotional base for that. While it is often too blatant at times during its several contrived weepie moments including the one involved with Soo-ho’s passport, the screenplay by director/writer Lee Jong-eon does not bring much human depth to its two main characters, and it is also frequently deficient in the depiction of many of its substantial supporting characters, who are mostly flat and underdeveloped on the whole. 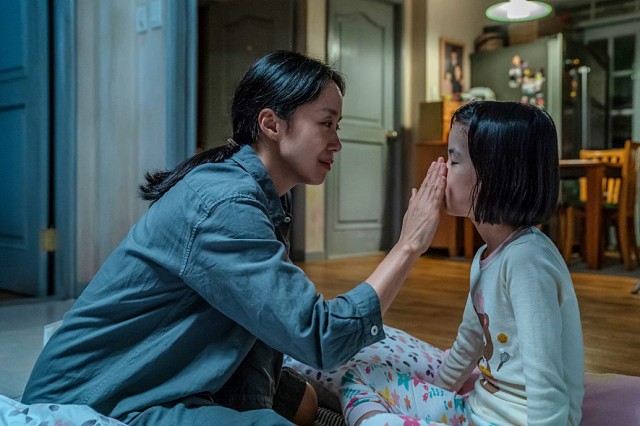 Above all, we never get to know who Soo-ho really was, even after the finale sequence showing the aforementioned ceremony for Soo-ho’s birthday (Is that a spoiler?). It looks like he was a pretty good kid loved and liked by others around him, but the movie presents him without much life and personality, and that is the main reason why the finale sequence feels rather trite instead of being something genuinely touching.

Anyway, the movie works to some degree to thanks to its two reliable lead performers. Sol Kyung-gu, who recently gave an intense performance in “Idol” (2019), gives a low-key acting which mainly functions as the solid ground for his co-performer Jeon Do-yeon’s relatively showier acting, and Jeon, who has been always interesting to watch since she appeared in “The Contact” (1997) and incidentally appeared along with Sol in “I Wish I Had a Wife” (2001), ably handles her several melodramatic scenes without any misstep. In case of the other main cast members of the film, most of them are wasted in their respective thankless roles, but the special mention goes to young actress Kim Bo-min, who holds her own small place well between Sol and Jeon.

Overall, “Birthday” is sincere and respectful toward its subject, and, as far as I could observe from other audiences around me while watching it at a local movie theater during last evening, it is not entirely without emotional appeal, but I cannot recommend it due to a number of weak points including its clichéd narrative and thin characterization. I came out of the screening without much satisfaction, but you may be more generous to it, and I will be glad if the movie leads to more conversations on the sinking of MV Sewol and its traumatic aftermath which still continues even at this point. 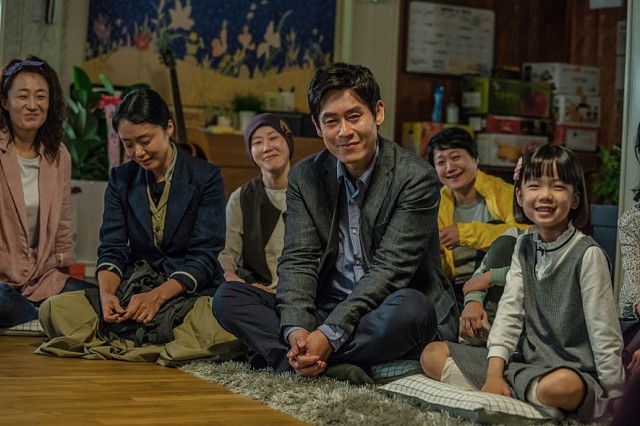