“The Boy Who Harnessed the Wind”, which had its premiere at the Sundance Film Festival early in this year and was recently released on Netflix, is based on an inspiring real-life story of a young clever Malawian boy who went forward with a simple but brilliant idea for saving his family and village. While it is as conventional as you can expect, the movie fairly works well while handling its story and characters with honesty and respect, and it surely has some genuine human moments to touch us.

The early part of the movie mainly revolves around the daily life of William Kamkwamba (Maxwell Simba) and his family, who have lived in a small rural village of Malawi. Besides helping his father Trywell (Chiwetel Ejiofor) on their family cornfield, William often fixes radios for his father and neighbors for himself, and his father certainly has much expectation on William when William begins his first day at a local school.

Trywell and his wife Agnes (Aïssa Maïga) hope that their son will go further with more education, but, unfortunately, their situation is not particularly good. At one point, William is notified that he must pay his tuition as soon as possible, but his parents cannot afford to do that at present because their harvest of this year does not look that promising due to the recent flood. 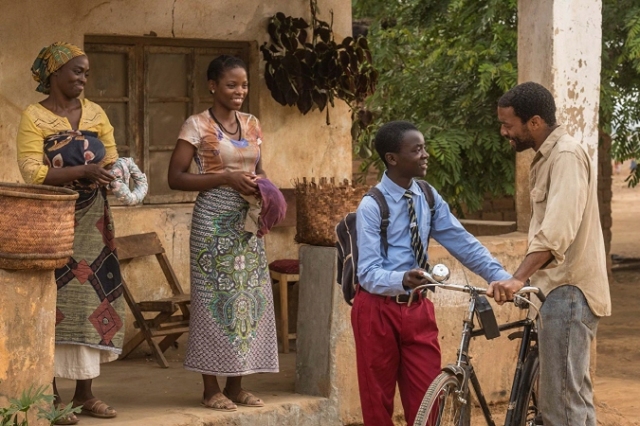 And there later comes another bad news. As many people worried, the flood is subsequently followed by the draught, and that inevitably results in a serious circumstance of poverty and famine around the country. The chief of the village and others in the village try to find any possible way to get the help from the Malawian government, but, not so surprisingly, those corrupt high-ranking officials including the President of Malawi do not care much about that matter, and we subsequently get a series of devastating moments showing the increasing despair and desperation in the village. When the draught finally begins after the dissatisfying harvest season, many people desperately look for food, and the movie later gives us a striking scene which shows a bunch of frantic people trying to get into a government storage facility where they can buy food a bit.

Trywell and Agnes try their best for their children as well as themselves, but they are often reminded again and again of how grim their situation is. While things may get better in the next harvest season, they have to wait for several months at least, and, above all, there is no practical way to water their cornfield in advance. Because there is not enough food for them, they and their children have no choice but to eat only once a day, and their eldest daughter Annie (Lily Banda) seriously begins to consider leaving the village along with her secret boyfriend, who is incidentally one of the teachers working in William’s school.

Meanwhile, William becomes more interested in electricity and engineering, and that is how he comes to have a smart idea about how to water his father’s cornfield. After learning about the mechanism of an electric generator attached to a bicycle belonging to his elder sister’s boyfriend, he decides to make an electric generator equipped with a wind turbine which may produce enough electricity for pumping water from underground, and he soon embarks on his project step by step. Although he is no longer allowed to study in his school due to the aforementioned problem, he manages to sneak into the small school library for getting more technological knowledge and information, and he also gets some help from several local boys including his best friend Gilbert (Philbert Falakeza), who is the son of the village chief. 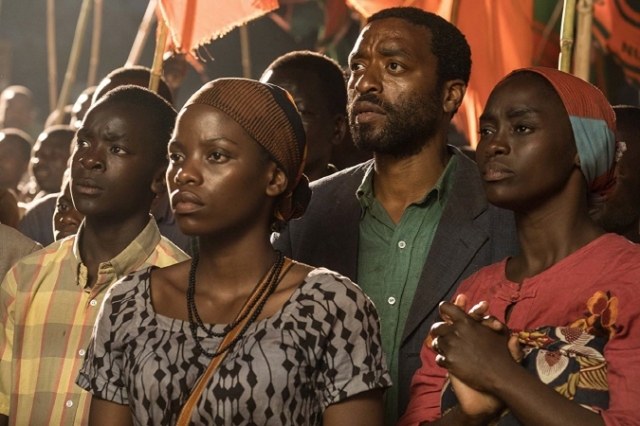 Once he succeeds in his first test, William tries to get some help from his father, but Trywell does not listen to his son at all. As he is so occupied with saving his family by any means necessary, Trywell becomes bitterer and harsher than before, and that leads to a very painful conflict between him and William when William later tries again to obtain what he really needs from his father right now.

What follows after that narrative point is a bit too predictable, but the movie steadily maintains its narrative momentum under the thoughtful direction of director/writer Chiwetel Ejiofor, who adapted the nonfiction book of the same name by William Kamkwamba and Bryan Mealer. He and his crew members including cinematographer Dick Pope, who was previously Oscar-nominated for “Mr. Turner” (2014), did a good job of establishing vivid, palpable local atmosphere on the screen with some nice cultural details to observe, and I particularly like the ethnic costumes shown at the beginning and end of the movie.

Ejiofor also draws solid performances from his main cast members. While young newcomer Maxwell Simba humbly carries the film, Ejiofor and the other main cast members in the film including Aïssa Maïga, Lily Banda, Philbert Falakeza, Noma Dumezweni, and Joseph Marcell hold each own place well around Simba, and Maïga is especially wonderful when Agnes tries to make her husband come to his sense later in the story.

“The Boy Who Harnessed the Wind” is the first feature film directed by Ejiofor, who has been mainly known for his distinguished film acting career full of stellar performances such as his recent Oscar-nominated turn in “12 Year a Slave” (2013). Although the overall result is rather modest, it shows at least that he is a good filmmaker who knows how to present story and characters, and I guess we can have some expectation on whatever will be directed by him next. 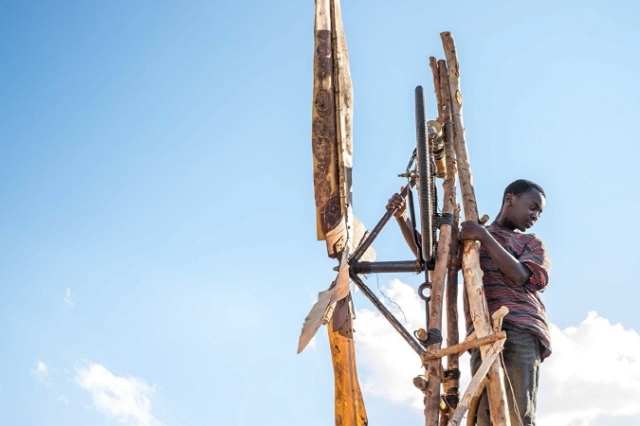