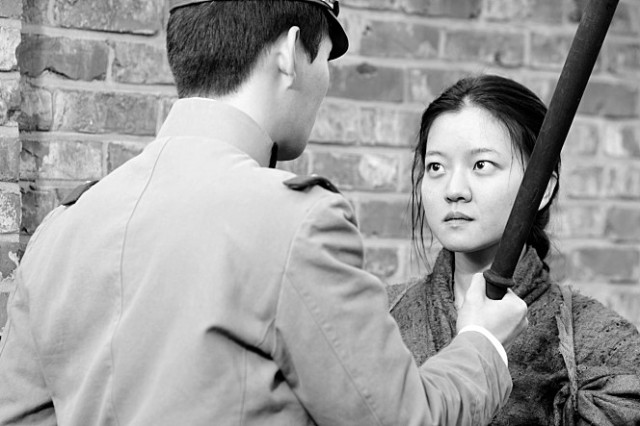 South Korean film “A Resistance” is a respectful period drama movie about Yu Gwan-sun, one of the most prominent activists in the March 1st Movement against Imperial Japanese colonial rule of Korea in 1919. Considering that Yu has been one of the symbolic figures of the Korean Independent Movement for nearly a century since her tragic early death in 1920, I worried a bit about whether the movie would be a bland, ponderous hagiography, but the result turns out to be solider than expected, and it certainly helps that the movie is supported well by its several talented cast members.

The movie opens with Yu (Go Ah-sung) being transferred to a prison shortly after arrested for organizing and participating in the March 1st Movement. While she is going to serve only 3 years in this prison, the condition of her ward is pretty harsh to say the least, and we soon see her locked up in a very small cell, which is already full of many other female prisoners who participated in the March 1st Movement just like Yu.

The ward is supervised by a Japanese prison guard quite willing to suppress his prisoners by any means necessary, and he is usually accompanied by Nishida (Ryoo Kyung-soo), a Korean prison guard who changed his name for getting himself accepted as an Imperial Japanese citizen. Although he may have some reluctance about mistreating Korean prisoners, Nishida is ready to do anything for his direct boss, and his traitorous status certainly does not escape Yu’s notice when they happen to confront each other shortly after a defiant group act instigated by her and her fellow prisoners in the cell.

Once discerning that Yu is a major trouble in their ward, Nishida and his direct boss try to break her in very brutal ways. While the movie thankfully handles this and other savage moments with considerable restraint, the cruel acts of brutality inflicted on Yu still feel palpable nonetheless, and I winced especially during the scene where she is forced to stand up for several days while locked up in a very tight space.

Nevertheless, Yu keeps her spirit and determination intact, and her fellow prisoners in the cell including Hyang-hwa (Kim Sae-byuk), Ae-ra (Kim Ye-eun), and Ok-i (Jeong Ha-dam) keep maintaining their solidarity around her. When one pregnant prisoner eventually gives birth to her baby, Yu and other prisoners in the cell do as much as they can for keeping the baby warm during cold winter days, and that is one of several small touching moments in the film.

Meanwhile, as spring approaches, Yu begins to work on her small plan for another act of defiance. As she pretends that she is willing to conform to her prison guards, they become less watchful about her as letting her work outside the ward, and then she patiently waits for a certain date. What her and her fellow prisoners do on that day seem futile at first, but it subsequently leads to something much bigger than they have ever imagined, and that certainly displeases the Japanese warden of their prison as well as Nashida and other Japanese prison guards.

The last act of the movie accordingly focuses on Yu’s consequent ordeals after that incident. While many of her fellow prisoners are eventually released when their sentence gets reduced in half, she still has several months to serve in the prison, and she is not even allowed to meet her brother, who was also incarcerated for participating in the March 1st Movement but is recently released just like many others.

Diligently maintaining its dry, restrained storytelling approach even at that narrative point, the movie accumulates its emotional power bit by bit under the competent direction of director/writer Jo Min-ho. Its story and characters are rather broad, but Yu and the other main characters in the film are presented with enough amount of life and personality, and Jo’s screenplay shows some humor at times while never overlooking the grim situation of Yu and the other main characters. Mostly shot in black and white film, the movie occasionally serves us a seemingly plain but haunting moments of stark beauty, and these fine moments make an effective visual contrast with a few flashback scenes shot in color film.

As the center of the movie, Go Ah-sung, who has been one of the most prominent South Korean actresses since her supporting turns in Bong Joon-ho’s “The Host” (2006) and “Snowpiercer” (2013), give a terrific performance full of human touches to be appreciated, and she is surrounded by a bunch of reliable supporting performers. While Kim Sae-byuk, Kim Ye-eun, and Jeong Ha-dam are equally terrific as Yu’s three fellow prisoners, Ryoo Kyung-soo is as despicable as required by his supporting role, and Choi Moo-sung, who was unforgettable in “Last Child” (2017), briefly appears as Yu’s father.

I must point out that “A Resistance” does show anything new about its human subject to me and other South Korean audiences, but it did its job as well as intended at least, and I was touched enough by what was modestly presented on the screen by Jo and his cast and crew. It could be better, but it is still a strong South Korean female drama film worthwhile to be mentioned along with “Microhabitat” (2017), “February” (2017), “HerStory” (2017), and “Miss Baek” (2018), and it will surely give you more than a mere history lesson on that dark period of Korea in the early 20th century. 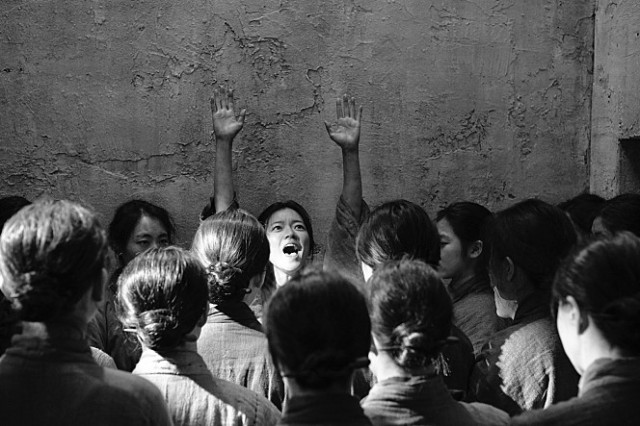