As I sat for watching David Gordon Green’s new film “Halloween”, I was ready to be scared and thrilled, but I only found myself disappointed in the end. Although the movie is certainly well-made with some interesting elements to notice, the movie did not surprise or disturb me enough as dutifully trudging through its expected moments along with its murderous villain, and I came to observe its story and characters from the distance without much care and attention.

Besides being a direct sequel to John Carpenter’s 1978 horror film of the same name, the movie is a sort of reboot as erasing not only the ambiguous ending of the 1978 film but also what happened in those forgettable following sequels made after that film. At the end of that nightmarish Halloween night in Haddonfield, Illinois, a murderous figure responsible for that, who is merely named “The Shape” in the end credits of both the 1978 film and the 2018 film, was captured and sent back to a mental institution, and he came to spend no less than 40 years there, but, as shown from the opening scene, there is still something creepy and disturbing about him. When we see the mask he once wore, we can instantly see that something very bad is going to happen, and we are not so surprised when an accident later happens as he is being transferred to some other facility along with other patients.

Meanwhile, the movie also focuses on Laurie Strode (Jamie Lee Curtis), who was the girl who survived that figure’s lethal attack during that terrible Halloween night. Although 40 years have passed, she still struggles with her post-traumatic stress disorder, and she has also been quite obsessed with the possibility of getting attacked again by that dangerous figure. Currently living in an isolated spot which is heavily guarded by iron fences and surveillance cameras, she has a bunch of firearms in her solitary residence, and there is even a sort of panic room in the basement area. 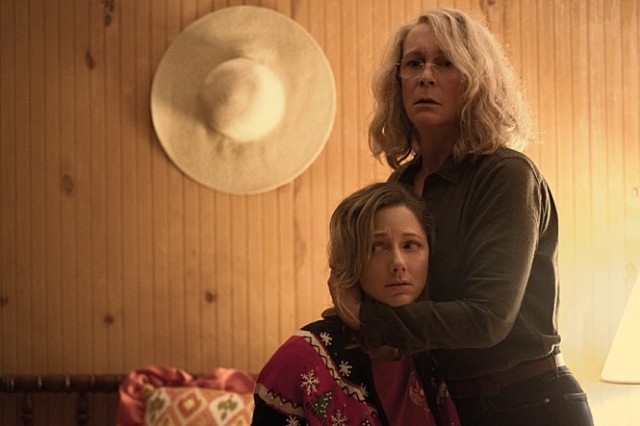 In contrast to Laurie, her daughter Karen (Judy Greer) has tried to live a normal life with her husband and their daughter. While she is genuinely concerned about her mother’s wellbeing, she also wants to be away from her rather tense childhood years with her mother as much as possible, and that generates some tension between her and her daughter Allyson (Andi Matichak), who is more sympathetic to Laurie as shown from her brief scene with Laurie.

When she learns that the figure responsible for her lifelong trauma escaped on the day before Halloween, Laurie becomes quite determined to take care of this dangerous situation for herself, and that accordingly makes her clash a bit with Sheriff Frank Hawkins (Will Patton), who arrested that figure 40 years ago. As the number of dead bodies is increased, he tries to stop that figure as soon as possible, but it looks like there is nothing much he can do, and he does not get much help from Dr. Ranbir Sartain (Haluk Bilginer), who has been that figure’s doctor since Donald Pleasance’s character in the 1978 film died.

As Laurie and some other main characters busily go around here and there, the figure in question slowly moves around the neighborhood areas of Haddonfield as he once did before, and the movie provides a number of nice moments to enjoy. While I admired how cinematographer Michael Simmonds’ camera fluidly moves along with the figure in one smooth unbroken shot, I also appreciated several small moments which mostly work as homages to the 1978 film, and I was particularly amused by a brief moment involved with a couple of young kids accidentally coming across the figure on a busy street.

However, the movie fails to engage me. While I observed the strained relationship between Laurie and her family members with some degree of interest, the screenplay by Green and his co-writers Jeff Fradley and Danny McBride simply pushes them into predictable moments, and the eventual payoff moment during the finale feels rather deficient as a result despite its apparent message on female bonding and empowerment. In addition, many of supporting characters in the film are so underdeveloped that they are more or less than killing targets, and I must tell you that I was mostly correct about who will get killed in the film. 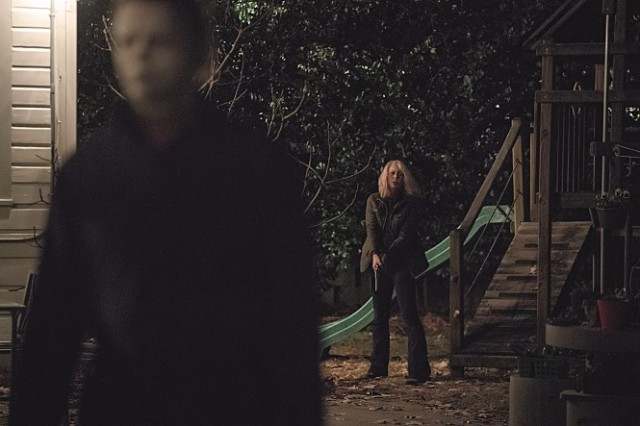 As I became less interested during my viewing, I could not help but a little sarcastic about how indomitable and invincible that murderous figure is. As far as I remember, he is shot a couple of times on his body at one point later in the movie, and then he is hit by a vehicle, and then, not long after waking up from his temporary unconscious state, he gets his several fingers blown away by a shotgun, but he somehow maintains his usual composure and walking speed despite all these and other substantial physical traumas inflicted on him. Considering that he is over 60, he is surely an extraordinary case study, and it is no wonder that the state has held him for 40 years.

Anyway, the movie is not a total disappointment at all thanks to the game efforts from its cast and crew members. Jamie Lee Curtis, who has been always associated with her breakout turn in the 1978 film, is solid as a woman quite ready to face the origin of her trauma again, and Judy Greer and Andi Matichak are also fine in their respective supporting roles while Will Patton and Haluk Bilginer manage to leave some impression despite their thankless roles. Under Green’s slick direction, the movie is constantly shrouded in ominous mood, and the score by John Carpenter, Cody Carpenter, and Daniel Davies is effectively used in several key scenes in the film.

Overall, “Halloween” is a fairly competent sequel which is certainly better than other sequels including “Halloween H20: 20 Years Later” (1998), but I cannot recommend it because of its glaring weak aspects, so I advise you to watch the 1978 film instead, which still impressed me with its dexterous handling of shock and suspense when I revisited it again early in last month. While that film goes for pure thrill and horror, Gordon’s film just follows a predetermined playbook while paying some respect to its senior, and that is all. 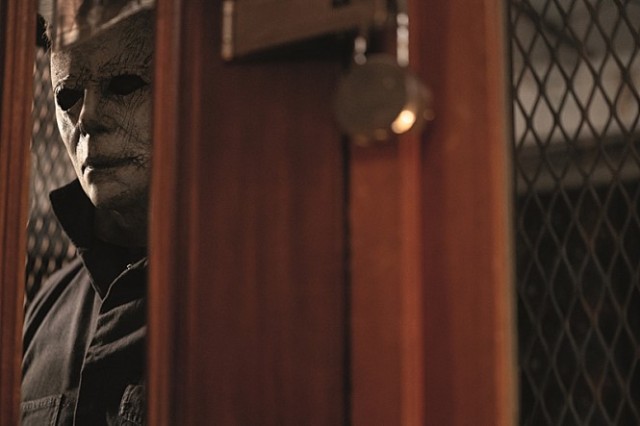 This entry was posted in Movies and tagged Horror, Mother and daughter, Murder. Bookmark the permalink.