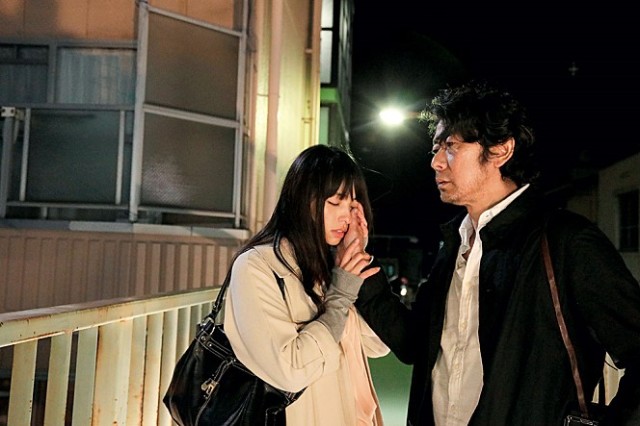 To be frank with you, Naomi Kawase’s works have been an acquired taste to me. Although I admired the serene atmosphere of “The Mourning Forest” (2007), I felt impatient at times during my viewing, and I doubt whether I will feel any urge to watch it. In case of “An” (2015), it is far more accessible in many aspects, but it was a little too sappy and sweet for me, and that impression did not change much even after I watched it again for checking whether my initial impression was wrong.

Her latest work “Radiance”, which received the Prize of the Ecumenical Jury at the Cannes Film Festival early in this year, is another quintessential work from Kawase, so I had some difficulty in processing the film during my viewing. It is surely as gentle and meditative as you can expect, and it has some nice intimate moments to remember, but I am not so sure about whether it works as well as intended. I surely appreciate its good intentions, but I constantly felt distant from its story and characters, and I accordingly became a bit cranky instead of being immersed into the movie.

At least, its story subject intrigued me to some degrees. Its heroine Misako (Ayame Misaki) works in a company which makes the audio transcripts of movies for the visually impaired, and the early scenes of the movie show us her admirable professional dedication. Her latest assignment is an arthouse movie directed by some aging director/actor (he is played by Tatsuya Fuji, who has been mainly known for his unforgettably disturbing performance in “In the Realm of the Senses” (1976)), and she wants to do her best for vividly conveying the visual elements of the movie to the visually impaired audiences. Even when she is not working, she practices her skill on streets, and you can see that she is quite good at transcribing whatever is on her sight.

For checking whether her latest draft for the movie is as effective as required, she and her boss bring in a group of visually impaired people, and we see these people listening to Misako’s audio transcript and the movie together. Once the movie is over, all of them give some complimentary words to Misako while suggesting a few modifications, and it looks like her job is almost done.

However, Misako comes across the objection from one guy in the next session. He is a middle-aged photographer named Nakamori (Masatoshi Nagase, who previously collaborated with Kawase in “An”), and he argues that she tries too much while not giving her blind audiences enough space for imagination. When he later argues more about that, Misako comes to lose her patience, and she coldly replies to him that he probably lacks imagination from the beginning.

Anyway, as getting to know him bit by bit after visiting his residence, she begins to see that he may have a good point in his argument. Nakamori was once a prominent photographer, but he has been losing his eyesight day by day, and he is well aware of that he will be completely blind someday. While he is now focusing on computer programming instead of photography, he still feels like shooting more photographs before his eyesight is gone forever, and he sometimes goes outside for photographing with his old camera.

As he and Misako come to spend more time together, certain feelings are gradually developed between them, but the movie thankfully does not push them into conventional plot although it is filled with sentimentalism like Kawase’s other works. Leisurely watching how they respectively struggle with each own matter, the movie serves us with several lovely visual moments including the one involved the bright evening sunlight on a mountain peak, and that moment later resonates with the most notable line in the film: “Nothing is more beautiful than what disappears before our eyes.” 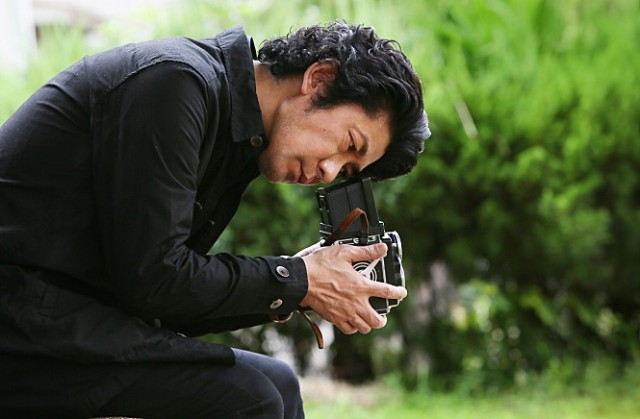 Nevertheless, I somehow came to care not much about the story and characters of the movie, and I kept noticing its notable flaws during my viewing. The sequence involved with Nakamori’s worsened state feels a little too contrived in my inconsequential opinion, and the same thing can be said about Misako’s supposedly profound epiphany moment around the ending. For emphasizing the themes of her story, Kawase frequently uses close-up, and that visual approach works in a number of key moments in the movie, but it also feels too stuffy and blatant from time to time.

The performers in the movie are competent in their low-key performances. While Masatoshi Nagase conveys well his character’s bitter desperation to us, Ayame Misaki imbues her character with genuine sincerity, and they are always convincing in their interaction on the screen. In case of the supporting performers in the film, they effectively fill their respective functional roles, and Kirin Kiki, who was the best thing in “An”, makes a nice indirect cameo appearance later in the story.

While it has several nice things to appreciate, I still cannot recommend “Radiance” mainly because I did not react to it well and decided to stick to that gut feeling of mine. Did I expect wrong things from this arthouse film? Was my mind fixed too much on what I thought it should be? Will my initial impression be changed if I watch it again with a more open-minded attitude? You may admire the movie more than me, but please remember that it will require a certain amount of patience. 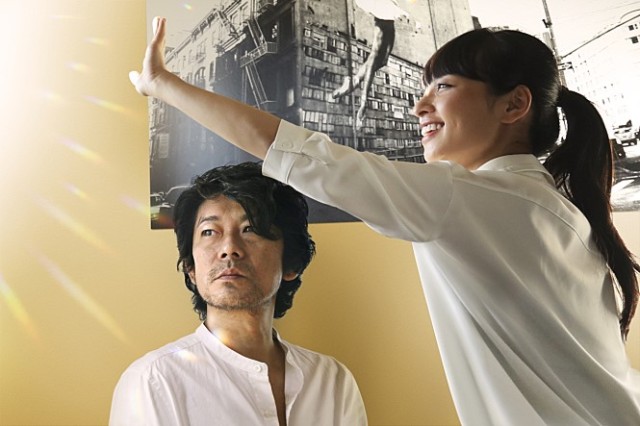 This entry was posted in Movies and tagged Blindness, Movie, Romance. Bookmark the permalink.