Calmly examining one case of senseless killing and the resulting anger and grief, documentary film “Strong Island”, which is currently available on Netflix, makes its intention very clear to us right from the beginning. It wants us to see how tragic the case was, it wants us to feel how devastating the case was to the victim’s family and friends, and it wants us to realize how unfairly the case was handled by the justice system. Austerely sticking to its personal perspective, the documentary is not exactly ‘balanced’ in its narrow viewpoint, but we are slowly gripped by its quiet emotional power nonetheless, and it gives us many haunting moments to linger on our mind.

The narrative of the documentary revolves around a tragic death which happened at a small auto body shop located in a suburban area of Long Island on April 7th, 1992. During the night of that day, a 24-year-old black man named William Ford Jr. was shot to death by a 19-year-old white mechanic named Mark Reilly, and this was quite a shock to Ford’s family. At one point during her interview, Ford’s mother recollects how much she was devastated when she heard the news, and you can sense that she is still struggling with the grief over the untimely death of her dear son.

Director Yance Ford, who is one of William Jr.’s younger siblings, gives us an intimate presentation of his family history. Not long after they married, his parents William Sr. and Barbara moved to New York City from South Carolina during the 1960s, and it looked like they could happily live there without the racism they usually experienced in the South. After abandoning his dream of being a draughtsman for practical reasons, William Sr. began to work as a train conductor on a NYC subway line, and Barbara became a teacher as she hoped. Besides teaching students, she also taught female inmates of Rikers Island prison, and that was just one of many things she is still proud of. 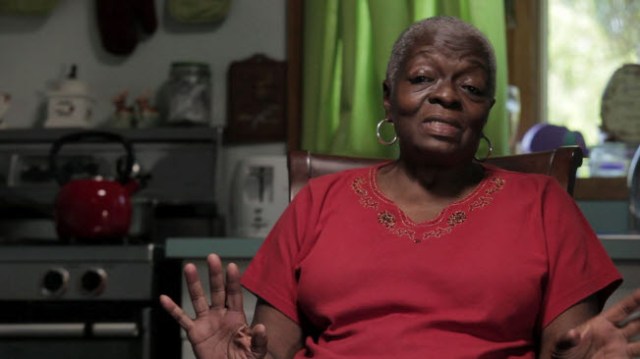 Above all, Barbara and William Sr. wanted to provide a good environment for their three children William Jr., Yance, and Lauren. When they moved to a suburban area outside New York City, they were delighted at first, but they soon found themselves confronting a subtle form of racial segregation. While it was nice to be surrounded by other black families moving from New York City just like them, their neighborhood was virtually segregated from the surrounding white neighborhoods, and they were always conscious of that whenever they went outside their neighborhood.

Nevertheless, William Sr. and Barbara were happy to see their children growing up well under their care. As the eldest child, William Jr. was always someone to lean on for Lauren and Yance, and William Jr.’s two close friends remember how amiable he was to them and others. At one point later in the film, Ford reminisces when he happened to be aware more of his burgeoning sexuality (He was a girl during that time, by the way), and he regrets that he did not confide that to his brother early before he was killed.

While its interviewees talk directly to us, the documentary shows us a bunch of family photographs one by one. As each photograph is put on the white background by Ford’s hand, the documentary feels more personal and intimate, and that impression is further accentuated while Ford places himself quite close to the camera during his interview. He wants us to pay attention to not only his words but also his feelings, and he succeeds as willing to bare himself in front of our eyes without any pretension.

Although the documentary does not delve deep into what exactly happened at that tragic night, it is apparent that William Jr. and his family were unjustly treated by the justice system. Detectives and prosecutors assigned to the case did not try much in their investigation, and, not so surprisingly, the case did not go to the trial as the grand jury decided not to indict Reilly for his killing. Besides being devastated again by this unfair outcome, Williams Jr.’s family was frequently harassed by vicious phone calls during many nights, and Ford still remembers well those tormenting nights he had to endure during that time.

Trying to process his grief and make a sense of his brother’s death, Ford contacts two people who handled the case at that time. While one of them rejects to talk anything about the case, the other one is willing to talk with him, so he asks a few questions to him, but that leads to more confusion and grief as the case turns out to be not as simple as it initially seemed. During that moment, Ford is emotionally overwhelmed, but he lets the camera firmly stick to him, and the result is indubitably harrowing to say the least.

When Ford later reads the excepts from his brother’s diary, the sense of grief becomes more palpable to us. Life surely went on for William Jr.’s family after his death, but it is evident that they are still not recovered from his death, and their sadness is deepened further by an unexpected moment I will not describe here. While we can clearly see that Ford tries to draw emotional responses from us at that point, it definitely works thanks to what his documentary has carefully and steadily built up, and we accordingly come to share more sadness with him and his family.

Although it will probably demand some patience from you due to its slow pacing, “Strong Island”, which received the Special Jury Prize at the Sundance Film Festival early in this year, will engage you and then move you while making you muse on the social injustice indirectly reflected by its deeply personal story. 25 years have passed since William Ford Jr.’s death, but nothing much is changed in the American society as shown from the death of many black young men including Trayvon Martin, and this social problem has only gotten worse during recent years. Will there be any change in the end? I am rather skeptical, but I really hope that there will eventually be the justice for not only William Jr.’s but also other similarly unfortunate black families in US.

This entry was posted in Movies and tagged Documentary, Family, Murder. Bookmark the permalink.