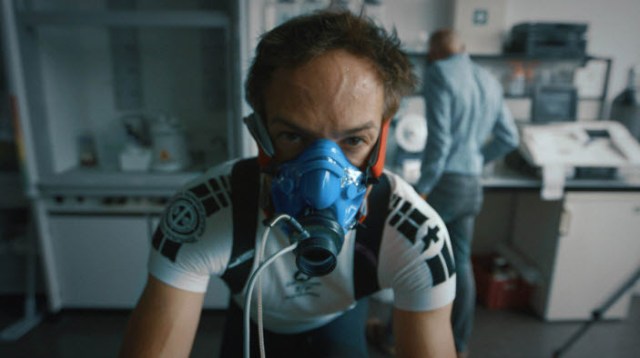 Bryan Fogel’s documentary film “Icarus” begins with one story and then goes into the other story. While the former is mildly fascinating, the latter is more compelling in comparison, and the documentary wisely lets the latter take the center, as presenting us the sobering presentation of a huge doping scandal which will probably be remembered as the biggest one in sports history.

The first story begins with when Fogel decided to subject himself to a doping program for his documentary in 2014. As an avid amateur cyclist, he was certainly disillusioned when Lance Armstrong admitted that he used performance-enhancing substances, and then he became interested in whether he can get away with doping program just like Armstrong did many times. As he prepared for the Haute Route in Switzerland during next several months, he consulted several experts including Don Catlin, and Catlin, a renowned anti-doping scientist who is one of the founders of modern drug-testing in sports, later recommended Fogel a Russian scientist he has known for a long time.

The person in question was Grigory Rodchenkov, who was the director of the Anti-Doping Center in Moscow at that time. Compared to Catlin, who became reluctant as worrying about whether Fogel’s experiment could hurt his reputation, Rodchenkov was more willing to help Fogel, and we see Fogel routinely popping pills or injecting drugs into his body under Rodchenkov’s guidance. While his physical ability was notably enhanced during several months, Fogel also prepared his urine samples as instructed by Rodchenkov, and they were ready to pass the drug tests when Fogel was about to participate in the Haute Route in May 2015. 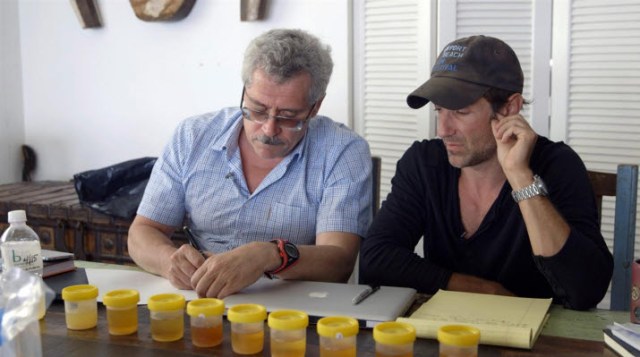 However, things did not go as well as they planned. Before and during the race, Fogel and other participants never went through any drug test, and that nullified Fogel and Rodchenkov’s meticulous preparation. In addition, Fogel came across a small mechanical problem during the race, so his performance in the race turned out to be less satisfying than he hoped.

At least, he became Rodchenkov’s close friend as frequently corresponding with him, and that was how he was led to the second story of his documentary. While he and Rodchenkov were preparing for the Haute Route, a Germany documentary film exposed a state-sponsored doping in sports by the Russian government via a number of whistle blowers, and the Anti-Doping Center in Moscow accordingly drew lots of attention as the World Anti-Doping Agency (WADA) started an independent investigation. Although he continued his correspondence with Fogel, Rodchenkov became more discreet as his laboratory was further investigated by WADA, and then he became all the more anxious after he resigned from his position. When he eventually decided to leave Russia for his safety, the mood of the documentary becomes more tense and nervous than before, and Fogel accordingly pumps up some suspense into the screen as indirectly depicting how Rodchenkov got out of his country.

Not long after Rodchenkov safely arrived in LA, the situation took a dark turn in Russia. One of Rodchenkov’s close colleagues suddenly died under a very suspicious circumstance, and that confirmed to Rodchenkov and Fogel that they had to be really careful about their next move. When Rodchenkov received a subpoena from the US Department of Justice, they instantly consulted lawyers, and they also contacted New York Times reporters for fully revealing what the Russian government was trying to cover up.

Rodchenkov gives us a detailed description of how the Russian government cheated during the 2014 Sochi Winter Olympics, and its elaborate scheme sounds like something coming out of espionage novels. While it looked like every corner of the Anti-Doping Center building was constantly monitored on the surface, there was a hidden room in the building, and that room was where those ‘dirty’ urine samples from Russian athletes were swapped with ‘clean’ ones by the agents of Federal Security Service (FSB). As a result, all of the Russian athletes participating in the 2014 Sochi Winter Olympics could pass their drug tests without any problem, and Vladimir Putin and his Russian Government surely got what they wanted. When the 2014 Sochi Winter Olympics was over, Russia garnered no less than 13 gold medals besides being on the top of the competition, and Putin’s subsequent approval rate literally skyrocketed thanks to that.

When its state-sponsored doping in sports was further exposed by Rodchenkov in May 2016, the Russian government vehemently denied everything even as the WADA investigation committee eventually concluded that there is not any doubt on the fraud committed by the Russian government during the 2014 Sochi Winter Olympics. While Russia was initially suspended from participating in the 2016 Rio Summer Olympics, the suspension was loosened a lot in the end, and Russia was also allowed to participate in the upcoming Winter Olympics to be held in Pyeongchang, South Korea.

Although it is a bit overlong while occasionally trying to make its points a little too hard, “Icarus”, which is currently available on Netflix, is still an engaging documentary film. I was amused by Fogel’s experiment, I was gripped by Rodchenkov’s plight, and I was alarmed by what has been going on in that competitive world of sports. We can all agree to that this must be stopped, but, considering how the Russian government virtually got away with its fraud, I cannot help but doubt whether that is really possible. 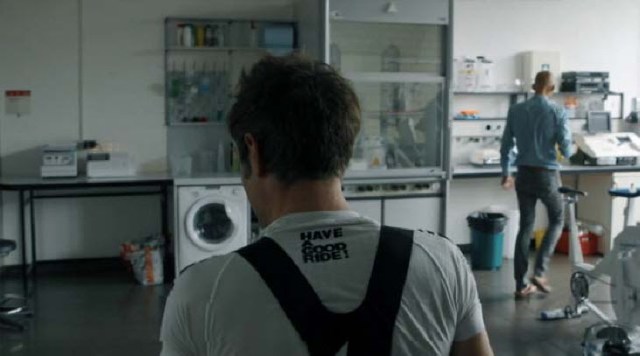 This entry was posted in Movies and tagged Documentary, Doping, Sports. Bookmark the permalink.