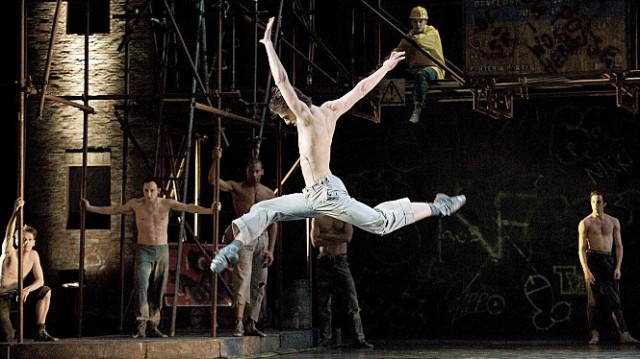 While watching the ballet performance scenes in documentary film “Dancer”, I thought about how much effort ballet dancers have to put into their performance. For achieving those brief but precious moments of grace and perfection, they must push themselves as much as possible even before being on the stage, and this is demanding and exhausting even for the ones with natural talent.

The documentary follows the dramatic career of Sergei Polunin, a young, talented Ukrainian ballet dancer who drew the attention of the media when he was chosen as the principle of the Royal Ballet Company in London in 2010. Besides being the youngest principle dancer in the history of the company, he impressed people a lot with his almost perfect mix of control and spontaneity on the stage, but he also gained lots of bad reputation as a troublemaker, and then he suddenly walked away from his prestigious position in 2012.

After the opening scene which shows Polunin preparing for the performance which is about to begin, the documentary looks at his early life in Kherson, Ukraine. Even when he was very young, he showed considerable potential through gymnastics as shown from the old video footage clips shot by his mother, and his parents were willing to do anything for further developing their son’s inherent talent. Although they were poor, they decided to send him to an expensive ballet school in Kiev, and that surely demanded a lot of sacrifice from his family. While his mother stayed with her son in Kiev, his father and grandmother went abroad for earning enough money for Polunin’s tuition, and Polunin tells us how much he felt hurt as his family became separated for giving him a better chance to succeed. 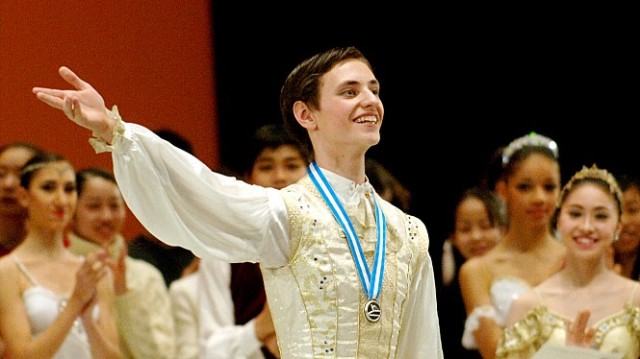 In 2003, Polunin and his mother went to London for the application to the Royal Ballet School. While he was accepted, he found himself being alone in London when his mother had to go back to Ukraine due to her visa problem, and it was certainly difficult for an adolescent boy who barely spoke English. Although he came to befriend some of other students in the school, he still felt lonely and isolated, and then his parents came to get a divorce a few years later. Both of them admit to us how much their divorce affected their young son around that time. They stuck together for their son’s future, but their efforts ironically caused their separation, which in turn made their son very unhappy.

Anyway, Polunin kept going on in the Royal Ballet school, and he soon came to be one of the most prominent students as demonstrating his undeniable talent. Not long after he joined the Royal Ballet Company in 2007, he became a soloist, and it was apparent to everyone that he was too good for that position – and it was a matter of time before he was promoted to the principle dancer of the company.

He finally attained what he and his family had wished for many years, but he began to go out of control after that point, and he and his two close friends/colleagues frankly tell us about how wild and reckless he was during that period. As feeling pressured and isolated by his fame and success, he hurled himself into alcohol and drug, and he frequently made the headlines for his self-destructive behaviors while reveling in his notorious status as the bad boy of ballet.

Eventually, Polunin came to lose interest and motivation, and that led to his decision to leave the company in 2012. He subsequently moved to the Stanislavsky Company in Moscow, and it looked like he found a place where he could be more comfortable, but then he became pressured as much as before, and we get a revealing moment which shows his exhausted state not long after the end of one performance. 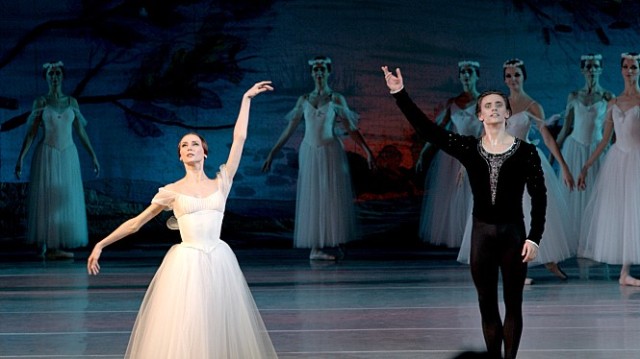 Feeling like going nowhere, he decided to retire in the end, but he wanted to do one last performance before retirement, and that was how he came to collaborate with renowned photographer David LaChapelle. We see them and others preparing for shooting his performance in Hawaii, and the following result, which is accompanied with Hozier’s hit song “Take Me to Church”, is fantastic to say the least. It often feels like his own act of ventilation as his lean muscular body goes through a number of dynamic movements in a stripped-down but well-lit space, and it is not so surprising that this raw music video went viral when it was posted on YouTube in 2015.

The director Steven Cantor, who was Oscar-nominated for his short documentary film “Blood Ties: The Life and Work of Sally Mann” (1994), did a good job of generating an engaging narrative to hold our attention. While those ballet performance scenes are indeed the main highlights of the documentary, the interview clips of Polunin and his family members establish the emotional base of the documentary as they earnestly talk about their past in front of the camera. There is a quiet, poignant moment between Polunin and his mother as they have a frank conversation at her small apartment in Kherson, and it is touching to watch when he later gets closer to his parents than before.

After the unexpected success of what was supposed to be his swan song, Polunin came to change his mind as reflected by the final scene of “Dancer”, and we see an artist actively reaching for the second chapter of his life and career. As watching him, I could not help but be reminded of what Tony Bennett once said: “Life teaches you how to live it if you live long enough.” I think Polunin will probably agree to that someday. 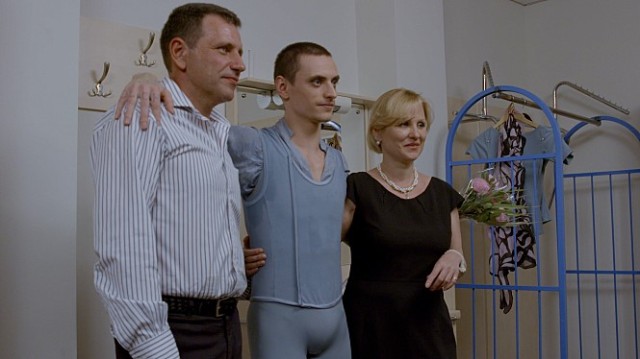 This entry was posted in Movies and tagged Ballet, Dancer, Documentary. Bookmark the permalink.