Life can be pretty disappointing at times, and the heroine of French film “A Woman’s Life” faces that painful truth again and again throughout the movie. It is quite depressing at times to watch her youthful ideals and dreams being withered by many ups and downs in her life, but the movie is engrossing none the less as steadily building up emotional resonance via its small details and contrasting moods, and it surely earns a small but significant glimpse of hope shown around the finale.

In the beginning, life looks just fine and hopeful for Jeanne du Perthuis des Vauds (Judith Chemla), the young daughter of a minor aristocrat family living in a rural area of Normandy, France during the early 19th century. Recently returning from her convent school, she is excited about the new chapter of her life she is going to begin, and her parents, Simon-Jacques (Jean-Pierre Darroussin) and Adélaïde (Yolande Moreau), are fully supportive of their daughter when she decides to marry Julien de Lamare (Swann Arlaud), a poor but handsome viscount with whom she falls in love not long after his visit to her family chateau.

However, she soon finds out how callous her husband can be. Their honeymoon night is uncomfortable for her to say the least as he does not show much consideration on their bed, and then she has to endure his callousness in their gloomy, distant domestic environment. At one point, he casually disregards her simple request to use more firewood for warming her up – and he goes outside frequently while leaving his unhappy wife alone in the house.

Meanwhile, Jeanne’s friendly maid Rosalie (Nina Meurisse) becomes distant to her with no apparent reason, and then Jeanne happens to discover the cause during one night when she looks for Rosalie. Rather than directly showing Jeanne’s discovery of Julien’s adultery, the movie presents what happens next instead, but it feels devastating none the less as the handheld camera follows two figures running in a murky night background.

While deeply hurt by her husband’s unfaithfulness, Jeanne decides to give him another chance as she is pregnant with his son, and it seems happiness is within her reach as she befriends Gilberte de Fourville (Clotilde Hesme) and her husband, but then, not so surprisingly, she finds herself again in another difficult circumstance thanks to her crummy husband. She seeks for any advice from a local priest, but the priest only makes her feel all the miserable, and that scene is followed by a calm but striking moment showing another devastating blow to her and her life.

The movie moves forward to several years later, and we see Jeanne struggling with another problem because of her son Paul (Finnegan Oldfield), who turns out to be the apple which does not fall far from the tree. Just like his father, he keeps disappointing his mother, and she cannot possibly say no to his frequent requests for money to pay off his debts – even though he has never come to meet her since he left her.

We see her world gradually sinking down as a consequence. Her family chateau feels no longer bright or comfortable as the family fortune is dwindled, and the drab atmosphere surrounding Jeanne and other characters around her feels more palpable as the cinematographer Antoine Héberlé emphasizes chilly seasonal changes on the screen. Around the point when Jeanne has no choice but to sell and leave her dear home, we cannot help but notice how much she looks different from her younger self, and we pity her more as she lets herself go down further. 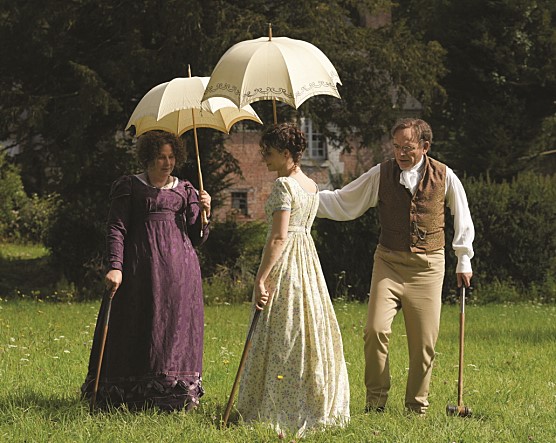 The movie is based on Guy de Maupassant’s classic novel “A Life: The Humble Truth”, which is also known as “A Woman’s Life”. I have not read the novel, but I can say instead that the director Stéphane Brizé, who adapted the novel with his co-writer Florence Vignon, did a good job of not only establishing authentic period background but also presenting an intimate character drama to engage us. Shot in 1.33:1 ratio, the movie usually sticks close to Jeanne, and that accentuates the stuffy feeling around her while drawing us more to her story. Mainly through frequent flashbacks, her happy moments represented by the warm, sunny ambience of spring and summer are contrasted with her unhappy moments reflected by the cold, cloudy mood of fall and winter, and that gives us more understanding of her unwise choices based on her naïve faith in people.

The performers in the film are uniformly commendable. Judith Chelma, who was one of the supporting characters in “Camille redouble” (2012), is believable as her character goes through different emotional stages, and she is especially heartbreaking when her character is driven near to madness later in the movie. While Jean-Pierre Darroussin, who was an unflappable cop in “Le Havre” (2011), is quietly poignant, Yolande Moreau, who drew my attention for the first time in “Séraphine” (2008), is enjoyable to watch as usual, and Nina Meurisse is also solid in her supporting role.

“A Woman’s Life”, which won the FIPRESCI Prize at the Venice International Film Festival in last year, is another interesting work from Brizé, who previously made “The Measure of a Man” (2015). I admired that film for many reasons including the unforgettable lead performance by Vincent Lindon, but I rather underestimated it despite that. I give “A Woman’s Life” only three stars with my discreet admiration for now, but I think I will admire and like it more later. 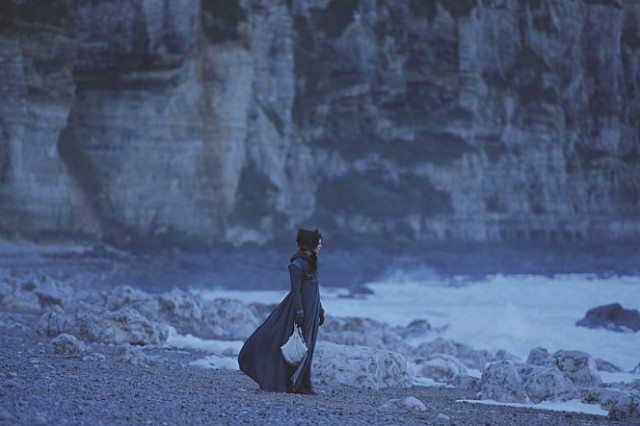 This entry was posted in Movies and tagged Husband and Wife, Mother and Son. Bookmark the permalink.