Based on the remarkable professional careers of three real-life figures who worked in NASA in the early 1960s, “Hidden Figures” confidently moves forward along with its three main characters. While never overlooking how things were hard and difficult for them and many other African American people, it gives us an interesting social/historical perspective via their story which reflects the best and worst sides of the American society during that period, and we get a fair share of genuine feel-good moments as watching how these exceptional women overcome many obstacles while reaching for their dream and ambition.

After the prologue showing the childhood years of Katherine Goble (Taraji P. Henson) when she already showed her prodigious talent in mathematics, the movie moves forward to 1961, and we see Goble and two close colleagues/friends Mary Jackson (Janelle Monáe) Dorothy Vaughan (Octavia Spencer) having a little trouble with their car on the way to their workplace. When a white cop comes along the road, they naturally become nervous because they are black, but the initially awkward situation between them and the cop is resolved better than expected when the cop comes to know where they work. In fact, he even escorts them to their workplace.

They work in the West Area Computers division of NASA Langley Research Center in Hampton, Virginia, and I must tell you in advance that their division does not have computer machines but *human computers* instead. Computers machines are still new, unfamiliar things in their era, and that period aspect is amusingly reflected by when an IBM computer is delivered to the research center. Sure, it can calculate faster than human, but, alas, nobody in the research center knows well how to operate this big, complicated computer machine. 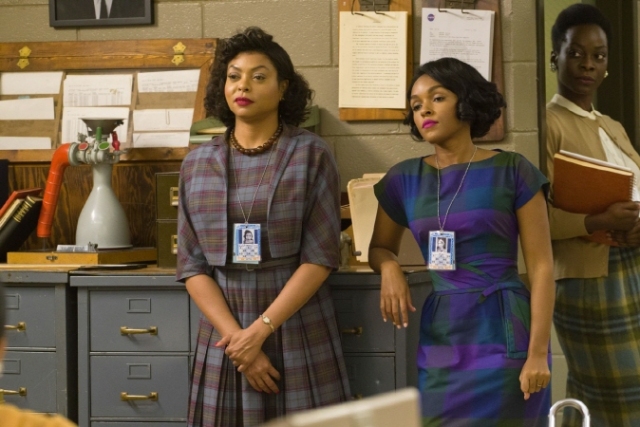 The West Area Computers division is a segregated section for African American women like Gobel and her friends, and they are constantly aware of the career ceiling above them. Johnson has aspired to be a NASA engineer someday, but then it turns out that, because of the segregation law in Virginia, she cannot attend the college classes required for her qualification. Having worked well as the de facto supervisor of the division since her predecessor became ill, Vaughn believes she deserves promotion, but her white boss thinks otherwise, and that means she will probably be stuck in her ‘temporary’ position without any change.

However, things slowly begin to change. When Goble is assigned to the Space Task Group division, her presence is not so welcomed by many white male mathematicians working there right from her first day, but she soon demonstrates her considerable intelligence and intuition, and that is how she come to be noticed by Al Harrison (Kevin Costner), the director of the division who quickly becomes her main supporter.

In case of Jackson, she is encouraged by a NASA engineer to find any possible way to realize her dream. For gaining the permission to attend the classes at a college which has accepted only white students, she goes to the state court, and she succeeds in convincing a conservative judge in a shrewd, reasonable way which will bring some smile into your face.

Meanwhile, Vaughan sees the future from that IBM computer machine brought into the research center, and she instantly prepares for that. She learns computer programming language for herself, and then she teaches it to her colleagues. When NASA really needs to use the IBM computer machine for the Friendship 7 space mission, she is ready to come forward along with her colleagues, and that moment is certainly one of the most exhilarating moments in the movie. 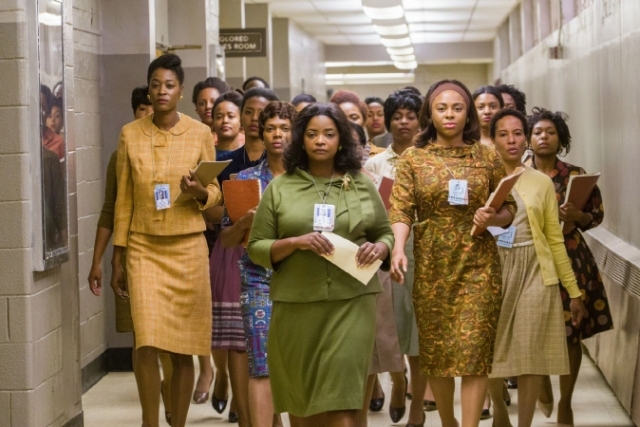 Adapted from the non-fiction book of the same name by Margot Lee Shetterly, the screenplay by the director Theodore Melfi and his co-writer Allison Schroeder is balanced well between comedy and drama. The mood is mostly gentle and pleasant, but then we occasionally get the glimpses of the prevalent social injustices of the American society in the 1960s. As shown from the movie, colored people were not allowed to share many different public spaces with white people during that time, and that is particularly exemplified well by Goble’s absurd circumstance involved with the only bathroom for colored women in the research center.

Playing well along with each other, Taraji P. Henson, Octavia Spencer, and Janelle Monáe bring lots of spirit and personality to their respective characters. Henson, who has been more prominent since her Oscar-nominated supporting turn in “The Curious Case of Benjamin Button” (2008), is engaging as a smart woman who will not be easily daunted by her obstacles at all, and Spencer and Monáe are also entertaining to watch in their equally strong performances. While Kirsten Dunst and Jim Parsons are rather wasted due to their flat characters, Kevin Costner effortlessly embodies the no-nonsense authority of his character, and Mahershala Ali, who will surely be Oscar-nominated for his supporting work in “Moonlight” (2016), is also fine in his small supporting role.

While it is often predictable and conventional, “Hidden Figures” works well thanks to good storytelling and enjoyable performances, and you will be moved by its obligatory epilogue scene. It is always fun and interesting to watch professionals doing their job well, and these three ladies certainly prove that point pretty well. 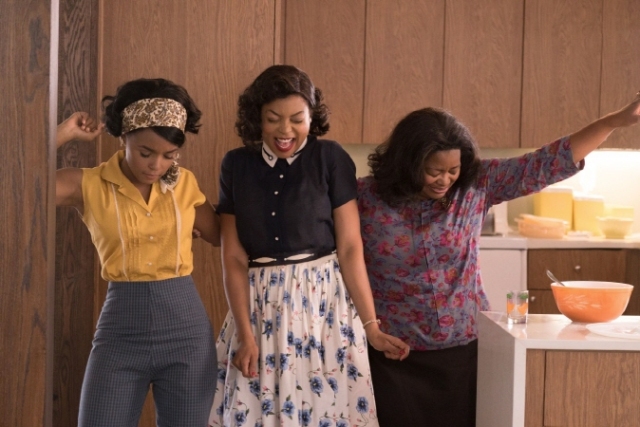