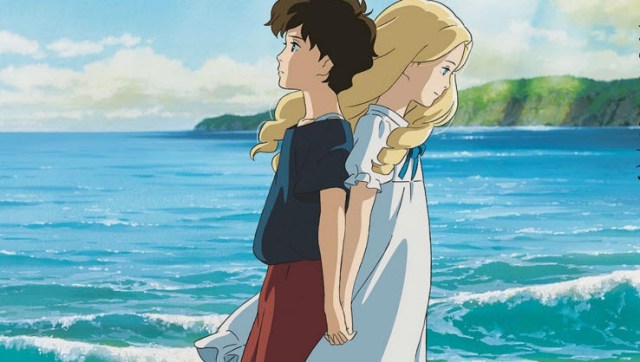 While it is based on the 1967 young adult novel of the same name written by British writer Joan G. Robinson, the screenplay by Masashi Andō, Keiko Niwa, and Hiromasa Yonebayashi transfers the original plot to the modern Japanese background. Since she lost her close family members when she was very young, Anna (voiced by Sara Takatsuki) has been raised well by her kind legal guardian Yoriko (voiced by Nanako Matsushima) in Sapporo, but she is recently going through a tough time as being more conscious of herself being different from others because of her blue eyes, and she also feels hurt by the fact that she does not know anything about her dead parents or any other family members of hers.

Besides being more introverted and melancholic than before, Anna frequently suffers from asthma, so Yoriko, who seems genuinely concerned about Anna’s well-being, follows the doctor’s order. When the summer vacation begins, she sends Anna to a rural seaside town for clean fresh air, and Kiyomasa (voiced by Susumu Terajima) and Setsu (voiced by Toshie Negishi), a warm, ebullient couple who are Yoriko’s relatives, gladly welcome Anna into their cozy home located at the fringe of the town.

Getting accustomed to her new environment, Anna comes to notice a big abandoned house across a salt marsh during one day. While the house feels somehow familiar to her, it seems to be haunted by something as Anna gets a closer look at the house, and she later experiences a brief but vivid illusion of the house being lighted and enlivened. She later hears a bit about who owned the house a long time ago, and then she has a dream about the house during her sleep. 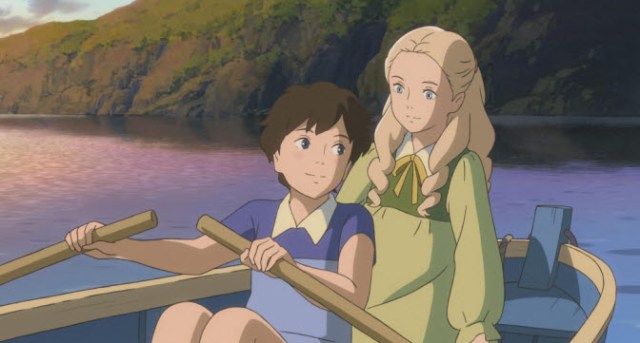 In that dream, there was a mysterious blonde blue-eyed girl around her age, and Anna happens to encounter that girl in question at the house during the summer festival evening. Her name is Marnie (voiced by Kasumi Arimura), and Anna and Marnie quickly become friends although it is apparent that Marnie is a sort of ghost living in the house. When Marnie takes Anna into her house during the next evening, the house looks as bright and lively as previously glimpsed by Anna, and it is also full of people who seems to be transferred from its old swinging days.

As Marnie becomes closer to Anna as her secret friend, we come to see how these two girls connect so easily with each other even though they have never met before. Marnie has been sad and lonely while her parents are usually absent in the house, and her sadness touches Anna, who also has her fair share of sadness just like her. As they open themselves more to each other, Anna confides the main source of her current angst to Marnie, and she also helps Marnie overcome her own fear at another ghostly spot in the town.

While their story is leisurely moved toward the finale coupled with melodramatic revelations, the director Hiromasa Yonebayashii, who previously directed “Arrietty” (2010), and his crew provide a number of gorgeous visual moments we can expect from Studio Ghibli. The lush, vibrant cell animation style of the film always comes with details to be savored and appreciated, and the seaside town in the film looks charming and relaxing along with a number of colorful supporting characters. Besides Kiyomasa and Setsu, there are a gruff, taciturn old man who prefers to be left alone while he is fishing on his boat of solitude, a graceful painter lady who seems to know something about Marnie, and a plucky girl named Sayaka (voiced by Hana Sugisaki), who moves from Tokyo along with her family and is willing to be Anna’s next best friend. 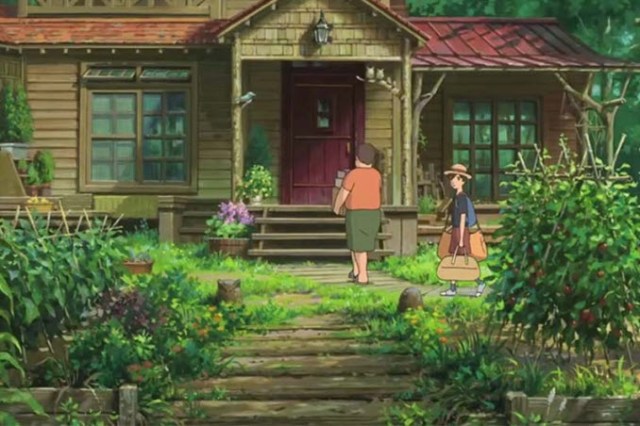 “When Marnie Was There” is less distinctive compared to Miyazaki’s “The Wind Rises” (2013) and Takahata’s “The Tale of Princess Kaguya” (2013), but all of these three recent Ghibli animated feature films share a common elegiac tone among them. Although I found myself distant to “The Wind Rises” due to its superficial treatment of the dark war history behind its story, but, as watching its wistful ending, I understood that Miyazaki really made his bow through this problematic but admirable animated film, and the same thing can be said about “The Tale of Princess Kaguya”. Just his close colleague, Takahata said goodbye to his audiences through his last work, and that makes the tearful inevitability of its delicate finale all the more emotionally resonant. The ending scene of “When Marnie Was There” also features many goodbyes, and there is a bittersweet feeling underneath it despite its hopeful tone.

Although it received an Oscar nomination like two aforementioned animated films, “When Marnie Was There” will probably be remained as a minor footnote in the history of Studio Ghibli, but it is still a sincere mix of fantasy and coming-of-age drama which is also worthwhile to watch for beautiful animation style. Maybe we will never see another new work from Studio Ghibli, but at least we can say goodbye to it for now – as only hoping for the possibility of next time. 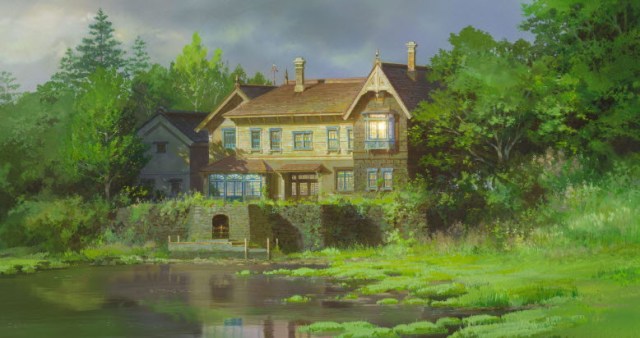