Grim, grisly, and grueling, “The Revenant” is determined to overpower you with its cold, stark beauty of vast wilderness as well as its gray, gloomy depiction of extreme human conditions. This brooding western tale of survival and revenge is a tough, exhausting experience to say the least, but what is accomplished on the screen is so vivid and visceral that we cannot help but stare at the screen even during some of its most intense moments which brutally test the weakness of human body as well as the strength of human will. The movie is indeed one of those ‘feel-bad’ films, but its big, bold, and ambitious gestures for greatness are something to watch even though it is not always successful in reaching out for its greatness.

Partially based on the novel of the same name by Michael Puncke, which is inspired by a real-life story during the early 19th century, the movie is about the plight of Hugh Glass (Leonardo DiCaprio), a hunter who is the guide for a bunch of pelt hunters led by Captain Andrew Henry (Domhnall Gleeson). When they are going through their another day in the vast wilderness region of South Dakota, Glass and others are suddenly attacked by a local Arikara tribe, and the cinematographer Emmanuel Lubezki, who won two Oscars for his groundbreaking works in “Gravity” (2013) and “Birdman” (2014), did another superb job worthy of his latest Oscar nomination. As his camera vividly and continuously captures the acts of bloody savagery during this striking sequence, the gruesome finality of this pandemonium comes upon everyone on the spot, and there are several stupendous visual moments to strike us hard – and that is merely the start, by the way.

Glass, his son Hawk (Forrest Goodluck), and some of the group members including Captain Henry and John Fitzgerald (Tom Hardy) manage to escape by one of their rafts on the river, but they cannot continue their journey along the river, for they will be susceptible to more attacks from the tribe who is still pursuing them. Following Glass’s advice, Captain Henry decides to take a land route instead for safety, but there soon comes a big trouble. Glass happens to come across two bear cubs in the forest, and, as soon as he senses his imminent danger, he is attacked and then mauled by the mother bear. Although it is well known that the bear in the film is CGI, its savage attack on Glass feels quite real and intense on the screen, and its sheer intensity is more than enough for you to forget those mean (but amusing) jokes about the bear and Leonardo DiCaprio, who looks convincingly scared and frantic as Glass’s body is mercilessly brutalized by the bear.

Glass manages to survive this disastrous encounter, but he is badly injured all over his body while nearly being unconscious. Because Glass’s condition is getting worse with no sign of recovery, he is eventually left with Hawk, Fitzgerald, and a young guy named Bridger (Will Poulter), who are going to stay with Glass until he dies and then will follow after their party once they bury Glass’s body properly in the ground. 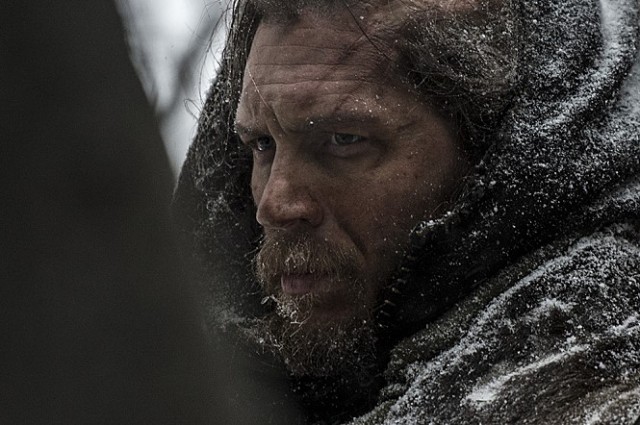 Unfortunately, another bad incident follows shortly after Captain Henry and others leave behind these four guys. Hawk is killed by Fitzgerald, and that happens right in front of Glass, who is still helpless and speechless under his deteriorating condition. After hiding Hawk’s body, Fitzgerald lies to Bridger, and Bridger, who was not around there when the killing occurred, comes to help Fitzgerald burying Glass alive in the ground. He later realizes Fitzgerald deceived him, but there is nothing he can really do except regretting over his misjudgment and following Fitzgerald’s demands.

Meanwhile, Glass remains alive somehow, and he is determined to survive by any means necessary for his vengeance on Fitzgerald. Although he is alone in the middle of the wilderness, there is still a chance of survival for him because he can move now despite his barely recovered condition, so that is the beginning of his dirty, difficult, and desperate journey to an army barrack where he and others were heading to.

The director Alejandro González Iñárritu, who wrote the screenplay with his co-writer Mark L. Smith, pushed his filmmaking process into lots of challenges for thrusting us right into the cold, harsh nature environment encompassing the characters in his film. While the movie was shot around the various remote locations in Canada and Argentina, his crew and actors had to endure numerous challenging conditions on the locations, and their arduous efforts do show during many highlight moments in their film. As closely following Glass’s continuous plights through his dexterous camera work, Lubezki, who depended only on natural lights during the shooting, continues to amaze us with astonishingly flexible unbroken shots, and many of nature landscape shots in the film are imbued with barren visual poetry as reminiscent of the best works of Terrence Malick, with whom Lubezki has frequently collaborated during recent years. The production design by Jack Fisk is plainly authentic as contributing more gloom and grime to the bleak ambience of the film, and it is further accentuated by the atmospheric score by Ryuichi Sakamoto, Alva Noto, and Brian Dessner.

Willingly hurling himself into a number of physically demanding scenes including the one involved with the carcass of a dead horse, DiCaprio gives a stoic but propulsive performance which will probably receive an Oscar in the next month. As uncompromising as his full-throttle comic turn in “The Wolf of the Wall Street” (2013), he shows admirable commitment while fully embodying his character’s desolation and determination, and his physical acting effectively conveys to us Glass’s devastated state of mind, which is not only tormented by his son’s death but also haunted by the memories of his dead Native American wife.

While Glass’s grueling quest for survival is the center of its story, the movie also pays attentions to other characters at times. We see some more difficulties Captain Henry and his men face before they finally arrive in the army barrack, which is a mere faint reminder of civilization in its dim, shabby appearance. We meet another group of hunters around the wilderness region, and we see more of Elk Dog (Duane Howard), the Arikara tribe’s stern leader driven by his personal motive. Most of the Native Indian characters in the film are more or less than hostile extras at the fringe of the story, but their hostility is depicted with some understanding on their position, and some of the bleakest scenes in the film remind us that their opponents are no better than them.

These parts provide more tension and substance to the story, but they also slow down its narrative pace during the second act which often stumbles or plods under its solemn overpowering gravitas, and I lost some of my patience around that point. Fortunately, the movie regains its momentum during the third act as it prepares the ground for the expected moment of the final confrontation, and it does not lose its control till the very end.

The supporting characters are less defined compared to Glass, but some of them are relatively more distinguishable even though nearly all of them look dirty and grimy like their lead actor. Tom Hardy, who is Oscar-nominated along with DiCaprio, brings nervous intensity into what could have been a thankless role, and one brief scene where Fitzgerald talks about a very unpleasant incident in the past gives us a small glimpse into what makes this seedy guy tick. Will Poulter and Forrest Goodluck are also fine in their respective sympathetic roles, and Domhnall Gleeson, who had a bountiful year with four different supporting performances including the one here in this film, brings the quiet sense of decency and authority to his character.

François Truffaut once said: “I demand that a film express either the joy of making cinema or the agony of making cinema. I am not at all interested in anything in between; I am not interested in all those films that do not pulse.” If Iñárritu’s previous film “Birdman”, a free-wheeling technical/artistic tour-de-force which garnered him three Oscars including Best Picture award, can be regarded as the former, “The Revenant”, an agonizing film which demanded a lot to its cast and crew, can be categorized as the latter, and Truffaut would probably enjoy watching these two opposite but equally impressive films together, which do pulse in each own way. 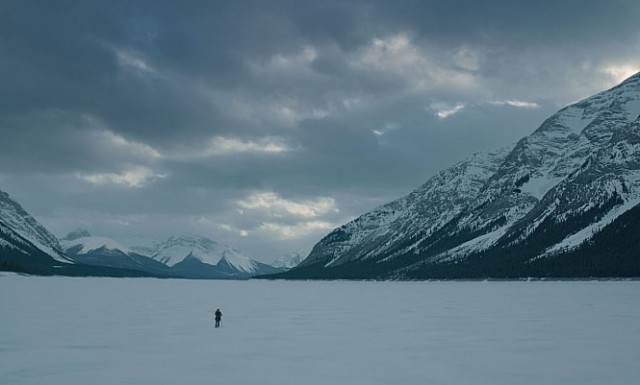