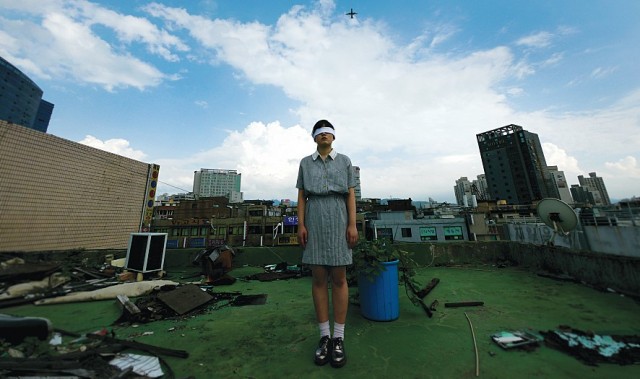 It happened before, and it is still happening around here and other places. As South Korean documentary “Factory Complex” simply listens to various female workers, their individual stories draw together a sad big picture of many female workers who deserve better for what they sacrificed or are still sacrificing probably even at this point. Some of them fought hard against mistreatments and injustices, and there have been some changes, but, as quietly pointed out in this powerful documentary, it is still difficult for many women working out there.

During the 1960-70s, South Korea went through a rapid industrial development. That became the ground for its considerable economic status in the global community at present, but that economic advance was accompanied with many cases of cheap labor exploitation, which were not so far from the recent ones we have heard from China or any other recently rising developing countries.

Several middle-aged female interviewees in the film candidly describe to us how difficult and exhausting their life was during that time. One of them tells us about how she and other young female workers had to sleep together in small rooms for a few hours before waking up and then working for more than 10 hours on next day, and we see that old place where they stayed. A woman who worked at a clothing factory reminisces about how much she wanted to buy Nike sneakers when she was about to begin her first workday – and how her innocent wish was quickly gone as she endured difficult work environment and low wage. 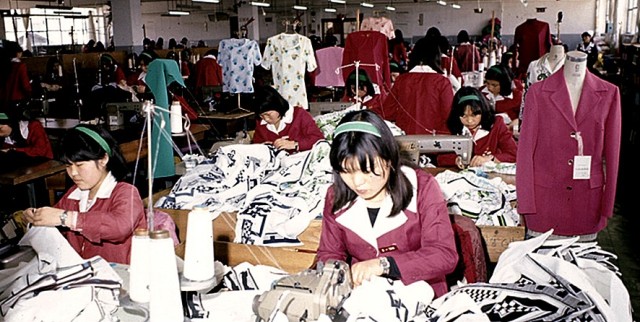 When many workers protested against unfair treatments on them, the South Korean government trampled their protests hard in the name of nation and development. One of the most famous cases was the 1979 strike of YH Trading female factory workers, and the government’s brutal suppression on this strike was one of the darkest moments during the dictatorship era of Park Chung-hee, who is incidentally the father of the current South Korean president.

In such a rough, violent time, female workers were the most vulnerable labor members, but they were not protected much by male workers as shown from one of the most shameful moments in the South Korean labor history. In 1978, the female workers of Dong-il Textile Company got splashed all over with buckets of excrement just because many male workers did not welcome women’s presence in the union. A local photo studio owner, who is the sole male interviewee in the film, calmly describes that terrible moment when he was asked to photograph several female workers’ soiled appearance for evidence. We see a couple of his photographs as listening to him, and we cannot help but be saddened and angry about what happened at that time. What good is a union if it condones such a disgusting violence like that on the members it is supposed to protect?

Around the 1980s when the South Korean society took its first forward step to democratization, the workers’ rights began to be recognized more especially after the 1985 allied strike at the Gu-ro Industrial Complex in Seoul, which is turned into the Gu-ro Digital Complex now along with the accelerating advance of the digital era. A ceremony is held for the Statue of Export, and it looks like those hard years are merely a distant past remembered at times by old people. 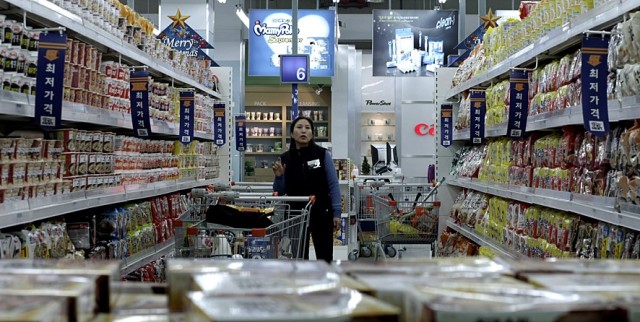 But I and other South Korean people know too well that there are still many workers struggling in their harsh reality. When three former Samsung employees appeared, I already knew what these women were going to tell, for I have been familiar with those sad stories about Samsung semiconductor factory workers who did not get any medical help from the company when they got sick because of their hazardous work environment.

While a number of shopping mall employees tell us how they were treated like expendable human resource at their workplace (they did not even get a room for rest, for example), we also hear about the stress and pressure call center employees frequently experience. They have to work as much as demanded while always nervous about the possibility of another rude, violent caller to hurl insults at them, and one interviewee becomes emotional as talking about her difficult situation which she may never get out of. It is always stressful for her to make ends meet, and she also feels guilty about not supporting her parents enough. In case of female flight attendants, you will not be shocked much by what they are demanded to do sometimes, if you have encountered that recent news about the unbelievably rude and thoughtless behaviors of a Korean Air executive.

Foreign workers coming into South Korea for earning money also experience many cases of mistreatment, and the documentary takes a look at their public protest held in Seoul at one point. I remember one South Asian worker who was one of the guys moving a big dining room table into my family home, and I sometimes wonder how he is doing now. Is he still working around here? Or did he return to homeland with enough money for his family as he hoped when he came to my country? What does he think about South Korea now? 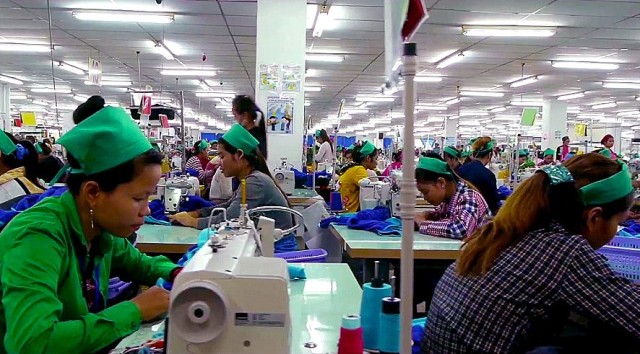 Meanwhile, the history repeats itself in a country far from South Korea. We meet three young Cambodian female workers going through their own hardship so similar to the one experienced by South Korean female workers during the 1960-70s, and there is a memorable long take sequence which looks around the busy work progress at a clothing factory full of working female employees. In last year, local workers protested against low wage and poor work environment, and a couple of shaky footage scenes show us how they were brutally crushed by the Cambodian government (it is no secret that this ruthless tactic was induced by the diplomatic/economic pressures from South Korea, Japan, and China, by the way).

Occasionally inserting archival footage or the poetic interlude scenes shot for the documentary, the director Lim Heung-soon slowly and carefully creates a narrative flow to absorb us, and the result is a sad, haunting work of art which not only reflects on the hardship in the past but also observes its another unjust cycle in the present. Many things get better than before in the South Korean society, but, as you will see from this documentary, there are still a lot to be changed for those hard-working people. 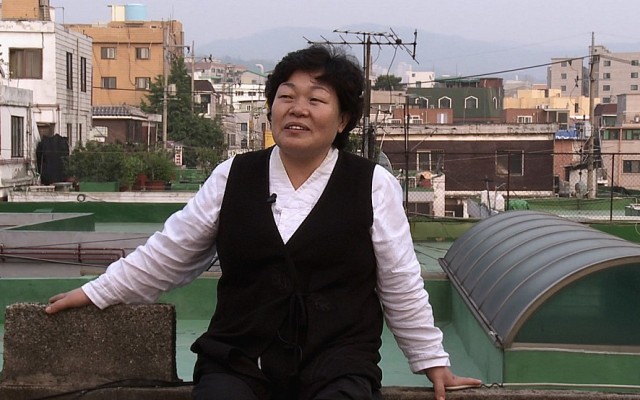 This entry was posted in Movies and tagged Documentary, South Korean Film, Worker. Bookmark the permalink.