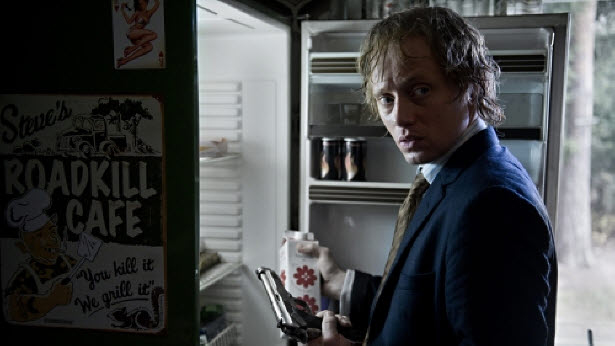 Norwegian film “Headhunters” is a tense, exciting thriller movie which will grab you tightly through its many gripping moments of pure fun and suspense. The movie is usually one or two steps ahead of us as relentlessly driven by its devious plot, and we come to keep wondering what will be its next move, while being involved a lot in what is being at stake in the story. There will eventually be only one possible outcome at the end of the deadly cat-and-mouse game between its two main characters, and we are well aware of that either of them is capable of turning the table at any point.

On the surface, Roger Brown (Aksel Hennie) seems to have everything he wants in his life. He works in some respectable headhunting company, and he has established considerable professional reputation as a resourceful headhunter very good at getting right persons of talents his company’s clients are looking for. He also has a sexy and beautiful wife named Diana (Synnøve Macody Lund), and he has done everything to give his wife a comfortable and luxurious environment for their married life. They are living in a very expensive modern house, and he constantly lavishes pricey gifts on her even though he has already spent too much.

That is the main reason why he has another job to earn extra money. The people to be evaluated or scouted by him are usually affluent guys who may have at least one valuable artwork in their residences, and it is pretty easy for Roger to extract needed information from his potential targets during his seemingly mundane interviews with them. Once everything is ready for his theft, Roger quickly but carefully does his job as assisted by his accomplice Ove (Eivind Sander), a surveillance company employee who can take care of security system during Roger’s operation. 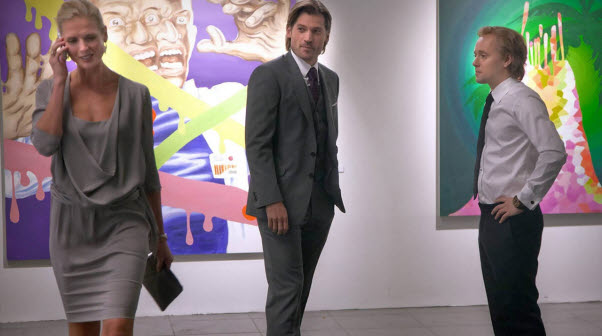 However, this criminal part-time job is still not enough for covering the mounting deficit he has been hiding from his wife, and then there comes a big, lucrative chance he cannot possibly ignore. When he comes to an evening event held at Diana’s posh modern art gallery, she introduces him to Clas Greve (Nikolaj Coster-Waldau), a Danish guy who recently comes to Norway for his family matter. Through Diana, Roger learns that there is an invaluable Rubens painting in the house of Clas’ deceased Norwegian grandmother, and that certainly looks like a golden opportunity to solve Roger’s ongoing financial problem once for all.

And Clas approaches to Roger more actively than expected. It turns out that Clas is interested in getting hired by a certain technology company which is incidentally Roger’s current client. While getting to know everything he needs from Clas through their meeting, Roger sees there is no problem with that at all. Clas’ previous position was the head of development department in another well-known company in the same industry, and he is a talented guy with quite an impressive resume. Besides having lots of experience with tracking technology, he was an exemplary member of a special military unit specializing in tracking, and one scene implies that the cutthroat world of corporate business has nothing on whatever he experienced during his tough military years.

It is clear that Clas is a target who must not be underestimated, but then Roger learns something about his wife by coincidence, and that unsettles him a lot even though he has believed for a long time that Diana lives with him just because of the luxury provided by him. As a man with deep personal complex on height, he does not think Diana loves a short guy like him even without money and comfort, and that is probably why he does not mind having an affair with Lotte (Julie Ølgaard), his mistress who has recently become more burdensome to him than before. 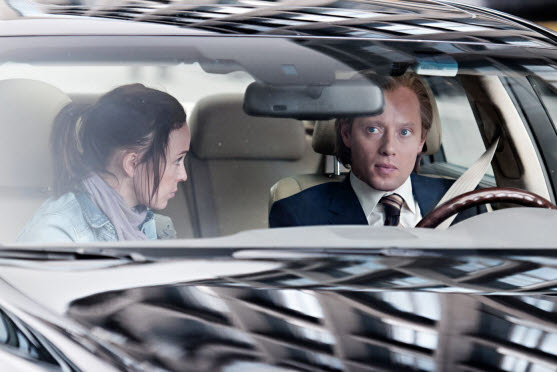 Lest you should think I told you too much about the movie, I must point out that I have not even delved into its main parts yet. All I can tell you is that things will become quite messy and complicated for Roger especially after he makes a certain choice at some point, and what follows after that is the series of heart-stopping moments crackling with accumulating tension and dread on the screen. Tracked down by his opponent minute by minute, Roger must find a way to get out of his nightmarish peril by any means necessary, and there is a particularly memorable moment in which there is only one way for him to evade his opponent at a rural farm where he goes to hide. It is definitely something any of us is not very willing to do, but he follows the inexorable logic of his urgent circumstance without any hesitation, and he surely does it well as you will see.

“Headhuters” is based on Jo Nesbø’s novel with the same name. I have not read it yet, but I can say that the adapted screenplay by Lars Gudmestad and Ulf Rysberg functions well as a solid basis for the taut, efficient direction by the director Morten Tyldum, who recently got more recognition along with a Best Director Oscar nomination through his next film “The Imitation Game” (2014). This is a slick, handsome movie with good mood and commendable performances, and it is nothing short of exhilarating to see how everything in the story culminates to the neat, satisfying conclusion accompanied with a suitable finishing touch.

I watched “Headhunters” for the first time around early 2012, and, though I did not write the review at that time, I mentioned it again later as one of the best thriller films I watched in that year. Although the recent viewing of the film was understandably less gripping, I could still have lots of fun and thrill with its highlights, and I appreciated again how its plot fabulously works at its every tricky turn. The movie is a first-rate thriller driven by good story and characterization as well as admirable filmmaking skills, and you will not be disappointed at all with this terrific entertainment. 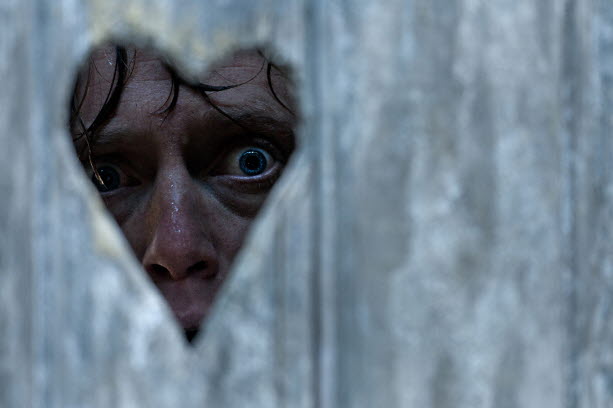 This entry was posted in Movies and tagged Chase, Crime, Headhunting, Husband and Wife, Thriller. Bookmark the permalink.