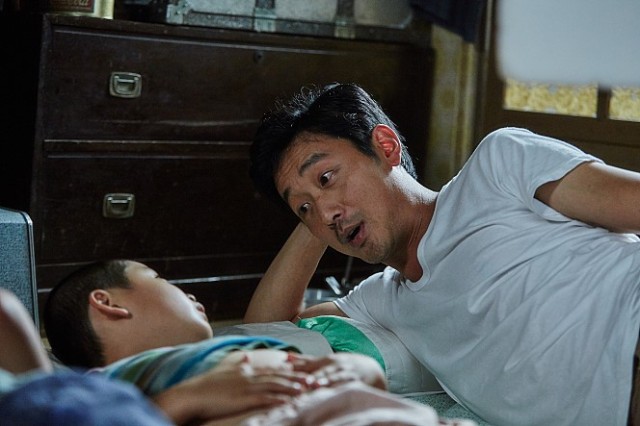 South Korean film “Chronicle of a Blood Merchant” is funny and lightweight at first, and I enjoyed its comic moments with smile and amusement. Unfortunately, its plot becomes clunky after taking a sudden melodramatic turn around its third act, and that is where the level of interest is considerably decreased until the story finally arrives at its obligatory ending for the audiences. This does not entirely ruin its overall impression, but it is still disappointing for me considering how nicely it handles its good elements during its lighter parts.

Ha Jeong-woo, who also directed the film, plays Heo Sam-gwan, a young, earnest laborer who has worked hard to rebuild his life in a local city while the Korean War is approaching to the end in 1953. Every able-bodied guy in the town is ready to take any job for earning money while the city is going through a reconstruction period, and, as going through another working day with his colleagues as usual, Sam-gwan hopes that he will get married and have his own family someday.

There is a girl he wishes to marry, but she looks like someone out of his league. While being a pretty girl who draws many guys’ attention whenever she walks along the streets, Ok-ran (Ha Ji-won) is in the relationship with some affluent prick in the town, and she has no particular interest in any other guys at present. They say money cannot buy happiness, but money surely means a lot during that hard time, and Ok-ran is eager to get married as soon as possible although her current boyfriend is not a good guy at all.

But Sam-gwan’s will is not deterred despite this obstacle. When he happens to learn through his friends that he can get paid a lot through selling his blood, he quickly takes action and then obtains enough money for his plan. He manages to have a date with Ok-ran although it is not exactly satisfying for him, and then he tries to win the approval from Ok-ran’s father, who is gradually persuaded by Sam-gwan and then eventually decides that Sam-gwan is a better suitor for Ok-ran in spite of his less prominent social/economic status. 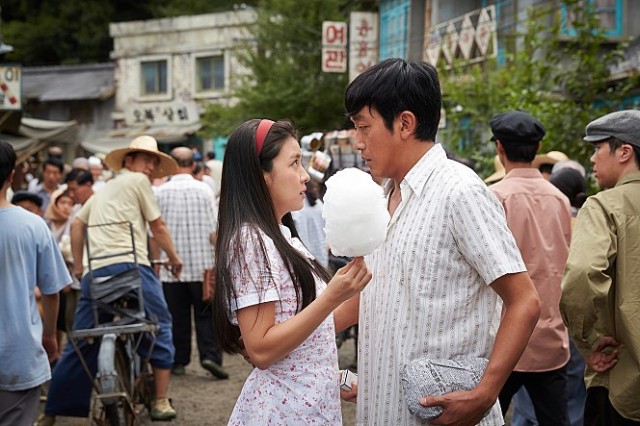 Ok-ran is not enthusiastic about her marriage with Sam-gwan, but she gives what her groom wants anyway once they get married with the blessing from her dad and others. After 11 years, she becomes a housewife who looks a little plainer than before, and now she and her husband have three sons: Il-rak (No Kang-min), Ee-rak (Nam Da-reum) and Sam-rack (Cheon Hyeon-seok).

They and their children have been happy together in their shabby little house, but then a certain gossip spread around his neighborhood begins to bother Sam-gawn. As his first son Il-rak grows up, many town people notice that Il-rak resembles Ok-ran’s former boyfriend more than Sam-gwan, and they start wondering whether Il-rak is really Sam-gwan’s son. Sam-gwan tries not to believe that rumor at first, but he cannot help but think about that possibility, so he decides to seek for a definite answer which will put out the rumor once for all.

He soon gets the answer thanks to a blood test, but, what do you know, Il-rak turns out to be not his biological son as everyone has guessed. Shocked by this undeniable fact and then humiliated by his wife’s confession, Sam-gwan finds himself in a difficult situation; he wants to stay away from Il-rak, but that does not change the fact that he and his wife have raised Il-rak for 11 years, and his wife is not very pleased about her husband’s petty behaviors on Il-rak, who is still their son to her as much as the other two sons.

“Chronicle of a Blood Merchant”, which is based on a novel written by Chinese author Yu Hua, is the second feature film by Ha Jeong-woo, and it shows notable improvements compared to his previous work “Fasten Your Seatbelt” (2013), a weirdly frustrating comedy which kept spinning its wheels all the time within its one-joke comic situation. While the period background of the film is established well through its good production design, Ha Jeong-woo and a bunch of notable South Korean actors have a fun with their broad characters during many humorous scenes in the movie, and Ha Jeong-woo keeps things floated under his competent direction as capturing the humor well inside his character’s silly circumstance. 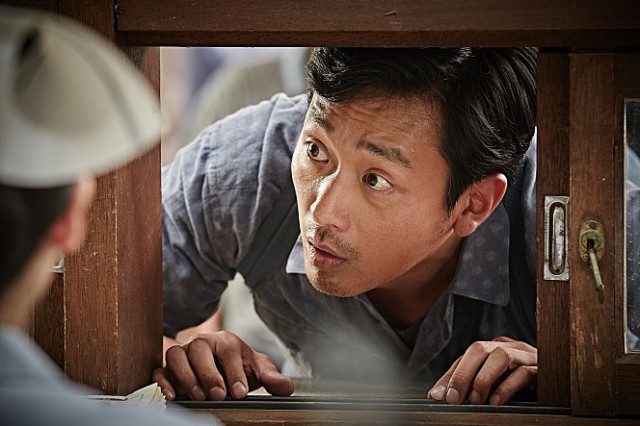 As carrying the story through his likable lead performance, he also gives enough space for his co-performers. Ha Ji-won, who unfortunately appeared in that dreadful South Korean film “Sector 7” (2011), is well-cast although her role does not demand much to her, and Joo Jin-mo, Seong Dong-il, Lee Kyeong-young, Jeong Man-sik, Cho Jin-woong, and Kim Seong-gyoon provide good supporting performances on the fringe of the story. Young actors No Kang-min, Nam Da-reum, and Cheon Hyeon-seok look lively and natural on the screen as the boys who have grown up together for years, and No Kang-min has a couple of nice scenes as Il-rak tries to deal with a sudden change in his relationship with his father.

“Chronicle of a Blood Merchant” serves us with good laughs as also finding warmth inside its story and characters during its first two acts, but it is ultimately marred by a couple of contrived melodramatic turns during its third act, and this awkward tonal shift leaves a jarring impression on the whole. There are indeed moments of desperation experienced by its characters, but the movie does not have enough emotional ground for these moments, and its tearful finale feels hollow even though it is accompanied with swelling music on the soundtrack.

After getting my attention through his chilling performance in “The Chaser” (2008), Ha Jeong-woo has steadily advanced as one of the leading South Korean movie actors, and “Chronicle of a Blood Merchant” hints to us that his another career may be as interesting as his acting career someday. I am not satisfied with his final result, but it shows more control and confidence than before, and I guess we can hope for more progress to be shown from him. 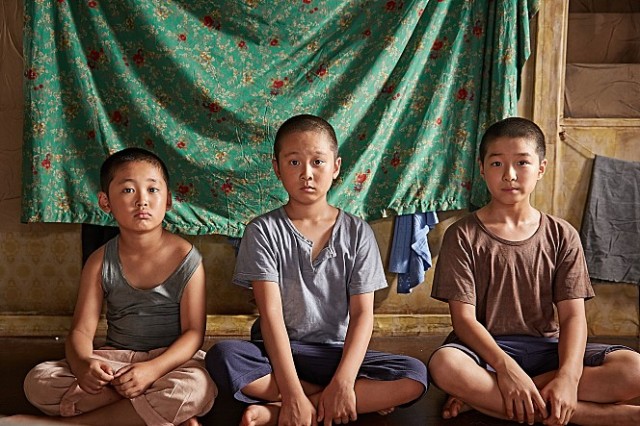 This entry was posted in Movies and tagged Blood, Family, Father and son, Husband and Wife, South Korean Film. Bookmark the permalink.