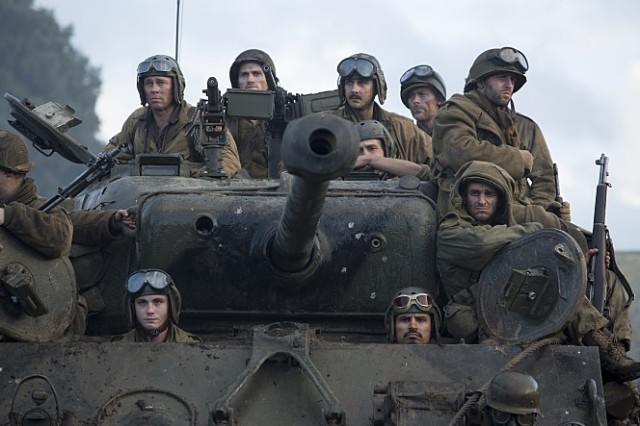 “Fury” is full of grimes and guts to show us that war is indeed hell, and it surely has gritty, violent, and bloody moments to make us cringe. During one scene in the film, one of its main characters comes to discover a small but gruesome residue which happened to be detached from the body of a dead soldier, and we cringe along with him as he struggles to process this horrible sight which somehow reminded me of a similar sight in horror film “Hellraiser” (1987) during my viewing.

Following the standard set by Steven Spielberg’s “Saving Private Ryan” (1998) and TV miniseries “Band of Brothers” (2001), “Fury” intends to put us right into that hellish environment of battlefield where its soldier characters struggle with their sweat and ammunition, and it does succeed on technical levels with its battle scenes, but I felt growing disappointment despite its technical effectiveness. Its war movie story is something we have seen countless time before, and its characters are just another bunch of stock characters, and I watched its gritty moments without enough care toward its story and characters. It is indeed a tough war film, but, seriously, what else it has for drawing our attention besides that?

The story revolves around a resilient army sergeant and the crew members of his Sherman tank, which is nicknamed “Fury” by them. They have managed to survive through many battles together since they did their first mission in Northern Africa during 1943, and now the World War II is approaching to its final chapter as the Allied begins to corner Nazi Germany more than ever, but it is still difficult and dangerous out there for them and other soldiers on battlefields. Hitler and his army are determined to fight to the end by any means necessary, and the movie opens with the bleak aftermath of another fierce battle which nearly destroyed one armored platoon of US army. 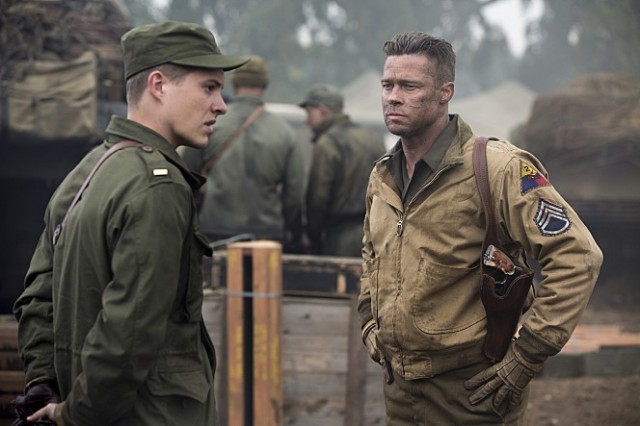 Along with a few other tanks, Fury survived this battle, but one of the crew members was killed during the battle, and Sergeant Don ‘Wardaddy’ Collier (Brad Pitt) and his men are devastated by this as the guys who have bonded with each other for a long time through many dangers. Mainly because he once promised to his men that he would make it sure that everyone would survive at the end of the war, Collier especially feels morose about this death, and he is not very cordial to a new guy sent to fill the empty position.

Private Norman Ellison (Logan Lerman) does not feel good about filling that position either. He is one of those young, inexperienced soldiers sent to battlefields not long after their basic training, and he was actually supposed to work as a typist before he is suddenly transferred to Collier’s unit without any particular reason. He knows well that he is not ready for battlefield, and we all know that he is going to be confirmed of that fact again and again later.

After Collier and his crew are put into another mission which may be their last one, the movie strikes us with its tense, brutal battle scenes sprinkled along its plot. At one point, Collier’s tank and other American tanks encounter a formidable German tank, and the director/writer David Ayer, who is no stranger to gritty action scenes as shown in his previous works such as “End of Watch” (2012), makes this scene crackle with tension while the intensity of exchanged fires is getting higher and higher along with lots of loud, explosive sound effects supervised by Paul N.J. Ottosson, who won Oscars for “The Hurt Locker” (2009) and “Zero Dark Thirty” (2012). 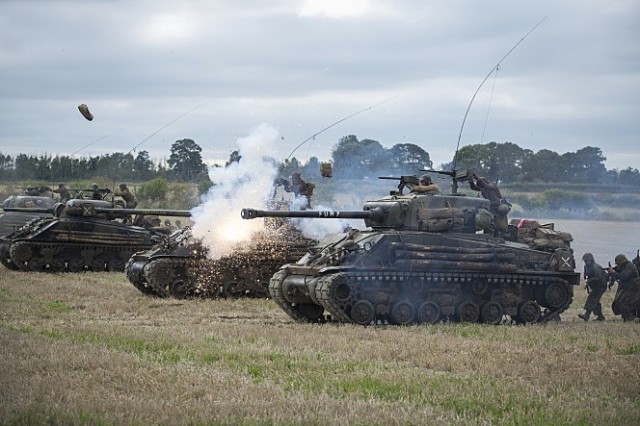 But then I also found that its plot and characterization are a little too thin to hold my interest. While Brad Pitt and his co-star Logan Lerman acquit themselves admirably on the whole, Collier and Ellison are typical characters virtually packed with war movie clichés, and you will not very surprised to see how Ellison eventually comes to find a way to deal with his war experiences just like the old-timers surrounding him – and how he finally ‘proves’ himself in the end with that good old ‘shoot-them-all’ attitude. Stuck in equally two-dimensional characterization, Shia LaBeouf, Michael Peña, and Jon Bernthal try as much as they can do with their respective supporting characters, but their characters are not particular memorable either, so you do not care much about them even when they are facing the possibility of certain death around the climax part of the film.

And it is often apparent that the movie could have been better than the final result we get here. Right after seizing a country town during the mission at one point, Collier and Ellison happen to confront a German woman who is probably trying to hide something from them, and I liked how this uncomfortable encounter leads to a nice character moment – but then this is soon ruined by not only a distracting intrusion but also a predictable plot turn which will not surprise you much if you experienced a fair share of war movies before.

“Fury” is not a bad film, and you may give some points to Ayers, who tried something different from his edgy urban films here in this work and did a skillful job of establishing the mood and background for his story to tell. I understand why a bunch of young audiences in front of me enthusiastically talked about the movie after it was over, and, though I do not agree with them a lot, I must say I was mildly amused to hear that they somehow recognized Michael Peña as ‘that guy who appeared as a dad in “Battle: Los Angeles” (2011)’. Because that movie was incidentally far worse than “Fury” for many reasons, I will not stop them if they watch “Fury” again instead of “Battle: Los Angeles”, but, considering that I changed my initial opinions on several films after watching other better movies, they may agree with me someday after watching many better war films – and I sincerely hope so. 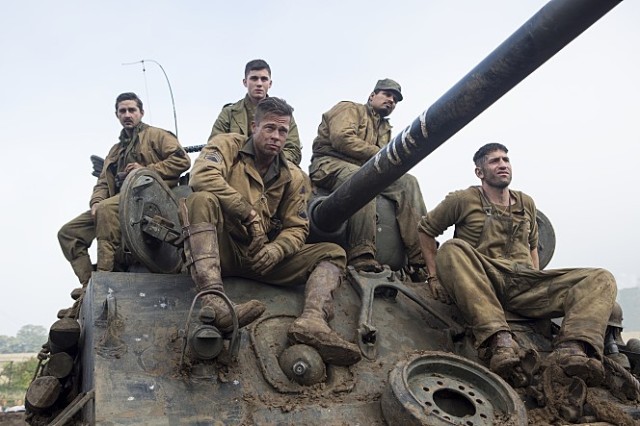