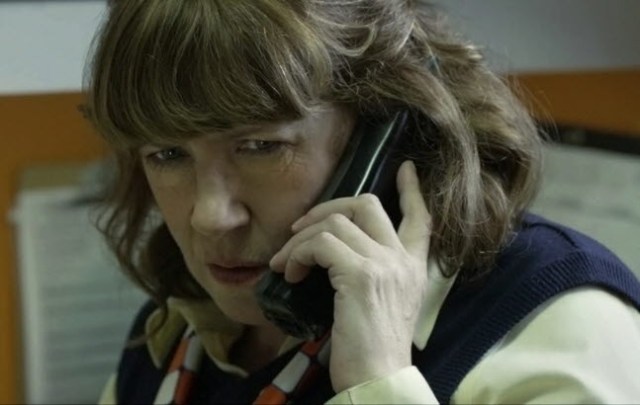 “Compliance” is a small one-situation drama which is simultaneously absurd, outrageous, horrifying, and disturbing in its cold depiction of dark human behaviors we are quite capable of if we are at the right place and the right time. It is really unbelievable and infuriating that the people in the film can be stupidly obedient like that, but, believe or not, the movie is inspired by a real-life incident as silly and shocking as its story, and you will be chilled when the movie tells you this is not actually the only case reported to the police.

The movie presents you one horrible day to be remembered forever by everyone who works at one small fast food restaurant in some American city. At the beginning of the day, it looks like any other days to them except one major problem; the refrigerator door of the storage room was left opened during the last night, so meat and other ingredients should be thrown away as a result. Not only it costs them around $1,500 of damage, but also they will have to deal with the resulting shortage problem in their stock all day long, and Sandra(Ann Dowd), the manager of the restaurant, is a little more tense than usual because the restaurant can be checked at any moment by the company.

Anyway, with some more cautions on preparing burgers and other dishes on the menu, everything seems to be going fine during the first hours of their work time, and then there comes a call for Sandra. The man identifying himself as ‘Officer Daniels’ tells her that one of the restaurant customers reported a theft case to the police, and he asks whether there is a young, blonde female employer working at the restaurant because, according to him, this unidentified customer claimed that she is the one who stole her purse. 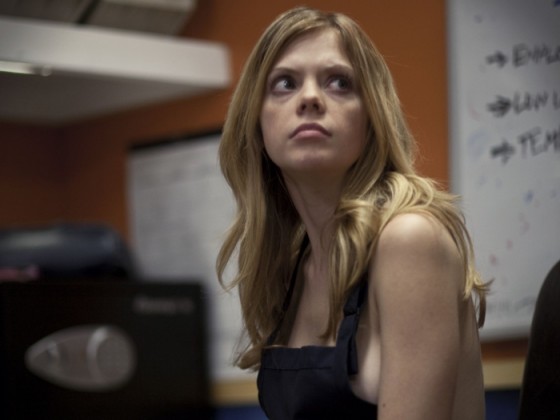 While baffled by this sudden call, Sandra does as he requests and demands. There is indeed a female employee matching with the description given by him, and Sandra takes her to the office. Becky(Dreama Walker) denies the charge, but, like Sandra, she follows his instructions because, well, he says he is a police officer. When ‘Officer Daniels’ demands the strip search on her at one point, Sandra, Becky, and other female employee willingly follow his order, and he tells Sandra to wait and keep an eye on Becky for some hours because he is busy with handling other aspects of this case at present.

So far, their situation looks simple and harmless, but then we see how it becomes more preposterous and more insidious. As everyone except her is busy with handling the orders from the customers outside, Becky keeps being held inside the office, and lots of very unpleasant things happen to her step by step as ‘Officer Daniels’ demands the people watching over her to do several unsavory things as a part of his investigation. Most of them find his demands weird and repulsive, but they do not question his authority at all even though they have doubts. Becky’s co-worker/friend Kevin(Philip Ettinger) senses there is something wrong about this situation and later expresses his doubts, but, like other employees, he does not want to get into a trouble he does not understand clearly, so he rather chooses a passive defiance when ‘Officer Daniels’ keeps pressuring Kevin to corporate with the investigation. In case of other workers, they are all occupied with their work, and a trouble with the authorities is the last thing they want during their work time. Besides, to everyone, it looks like a minor trouble to be resolved within few hours.

That is what Sandra and Becky think even after the day is nearly over – and even after several twisted things have already committed on poor Becky in that stuffy room. When someone finally expresses an angry and sensible response to what is going on, everyone suddenly faces its atrocity, and they are at a loss about the irreversible damage caused by the stupidity of everyone manipulated by ‘Officer Daniels’. 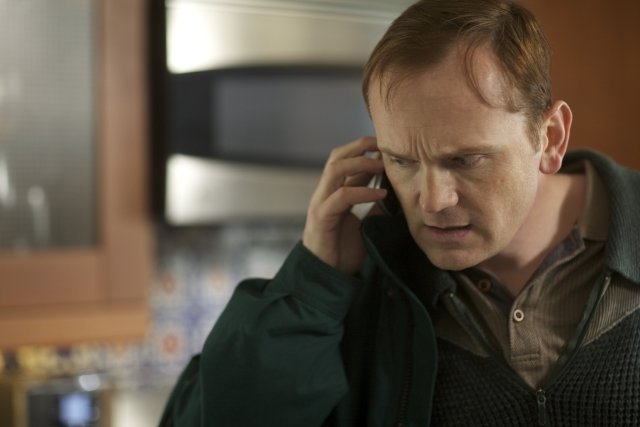 I virtually described the whole plot of the movie so far, but I do not think I did not spoil your viewing of the movie because the strength of the movie lies on its cool conviction in depicting the process of this incredulous situation to the devastating outcome. Around its second act, we directly encounters ‘Officer Daniels’(Pat Healy) on the other end of the line, and we are aghast at his twisted personality as he gives a believable impression of authority to his targets through his willy carrot and stick approach. While aggressively intimidating his targets through our usual fear of law enforcement, he also slyly persuades them to do as he says. He keeps confirming to them his full responsibility on this situation, and he confidently answers to any doubtful question thrown to him as carrying out his sick plan.

Watching this despicable guy meticulously planning and recording his ‘experiment’ at his cozy home, I could not help but think of that infamous Milgram Experiment in 1963. The subjects in that experiment were ordered to give an ‘electronic shock’ to a guy in front of them, and the result alarmingly showed that most of the subjects were quite obedient even when they knew that the voltage level was increased higher and higher. At some point, they began to willingly follow the order without questioning its unethical aspect, and they never seriously thought about their action because of the authority backing and pushing them, although, like the characters in the movie, they later realized how wrong they were and how easily they were manipulated.

“Compliance” is uncomfortable and unpleasant to watch, but this is a thought-provoking film with disturbing power. The director/screenplay writer Craig Zobel keeps a cool, detached approach to his dark material throughout its running time, and his good cast gives a natural ensemble performance to gives us the realistic feeling of their characters’ mundane daily life. You may be annoyed by their stupidity and disgusted by the banality of their evil while watching the movie, but can you say you mind will not be susceptible to that kind of manipulation? And can you defy against authority if it does not feel right to you? 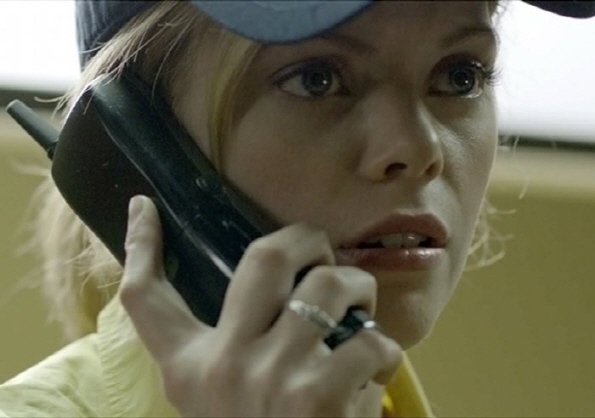 This entry was posted in Movies and tagged Crime, Fast food restaurant. Bookmark the permalink.