Whatever you think about sex addiction, you will not laugh about it after you watch “Shame”, an unforgettably harrowing film about one desolate human condition driven by sex addiction. Like the other types of addicts, the life of its hero is both driven and inhibited by the constant urge to get the next fix. His mind, while pretty much functional in the world outside, always craves for the pleasure which is no longer pleasure to him. That acquired nature of his distances himself further from the others around him, and that brings him more loneliness and desolation, but the urge still remains inside him, yearning for the next fix.

On the surface, Brandon Sullivan(Michael Fassbender) is an ordinary man with affluent lifestyle. He lives in a luxurious apartment building located somewhere in lower Manhattan area. His home looks clean and comfortable with expensive furnitures and electronic equipments. He has a good job in some financial company. He and his boss get along with each other well like friends, and they go to the bars in downtown whenever they have a chance. Brandon is a good-looking guy, so it is easy for him to get close to the women at the bar if he wants. 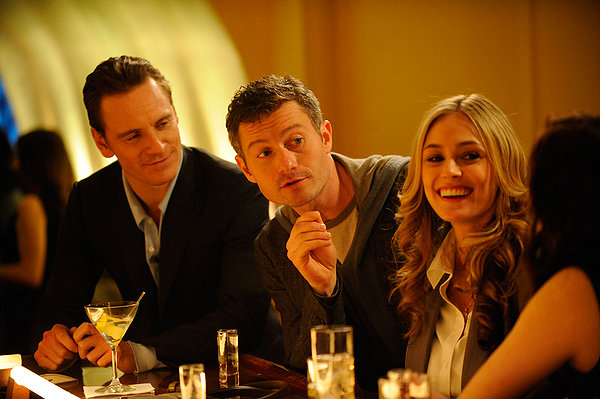 Maybe there was the time when he enjoyed sex, but he feels no fun or pleasure about his pursuit at present. In the opening scene, he blankly looks upon the ceiling on his bed with his hollowed eyes before he finally gets up to start another day. When he is on the subway train, he looks intensely at a beautiful woman sitting opposite to him. The woman also takes an interest in him and becomes rather playful. But she soon feels that disturbing intensity behind his face, and she seems to sense what he really wants. Their silent interaction becomes uncomfortable, and she quickly escapes from his sight as soon as the train arrives at the station.

He has been managing his private life with addiction well as a fully functioning addict, but it starts to get disrupted when his singer sister Sissy(Carey Mulligan) comes to the town and decides to stay at his apartment for a while. Brandon is cold and distant to Sissy, and he becomes increasingly annoyed when she delves into the area he has no desire to talk about.

The screenplay by Abi Morgan and the director Steve McQueen wisely does not explain the emotional scars shared by Brandon and Sissy, which are probably associated with their unhappy childhood in New Jersey. Unlike her emotionally detached brother, who shuts off his need of affection through his pursuit of empty orgasm, Sissy is open about her need, and she is desperately looking for the love to fill her heart while deeply mired in her unhappiness(you may have some guesses about her recent past from the scars on her wrists). Carey Mulligan has a heart-wrenching moment in the film when her character gives one of the most melancholic renditions of “New York, New York” at the bar while watched by Brandon, who understands the sad desperation behind his sister’s performance more than anyone at the bar. Although they move in opposite ways in their respective private lives, both are lonely damaged people, and that mutual understanding between them brings out tear from Brandon’s eyes, which is one of the most human moments in Michael Fassbender’s performance.

While her presence awakens his shame about what he is, his recent relationship with one of the office workers in his company brings more shame to Brandon. He really likes her, and they have a nice date at the restaurant while getting intimated with each other. However, in the painful scene where he tries to move their growing relationship to the next level, he realizes his body and mind, which have been so accustomed to the impersonal carnal pleasure for a long time, cannot be brought to a real intimate human relationship. He is frustrated, but soon he gets another fix after she is gone.

The director Steve McQueen previously receives a lot of praises for his stunning debut film “Hunger”(2008), which won Golden Camera award at 2008 Cannes. Its sheer dramatic intensity was generated from its unflinching gaze toward the story about the hunger strike of jailed IRA members in 1981, and the same thing can be said about McQueen’s achievement in his second film. While firmly maintaining cold, objective approach to the story, the cinematographer Sean Bobbitt’s camera penetratingly digs into the emotions inside the characters. Even when it only stares into the heads of two characters from their behind for a long time, it is quite apparent to us that how much two characters hurt each other with unkind and angry words in that hurtful scene. 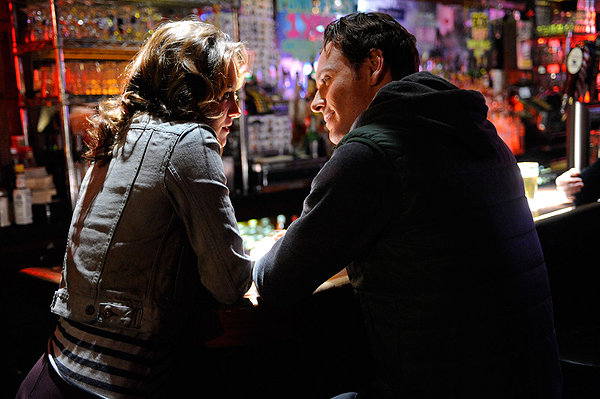 Michael Fassbender, who collaborated with McQueen in “Hunger” and will do again in McQueen’s next film, was unfortunately not nominated for Oscar in this year despite his daring performance in this film and other stellar performances in “Jane Eyre”, “A Dangerous Method”, and “X-Men: First Class”. There is an emotionally devastating moment when his character hits lower bottom than before, and Fassbender bravely goes along with McQueen’s intense direction without any hesitation. There was some talk about his full frontal nudity, but it is nothing compared to what he brings to this scene as a talented actor. The naked bodies surrounding him are no more than the tools for his desire, and there is no pleasure in their mechanical acts, and it is gut-wrenching to see the face of Brandon; you see a man at the bottom of the hell, who feels no joy at all even at the moment of fulfillment.

I somehow managed to watch “Shame” twice, and my initial opinion was not changed much; this is a very powerful drama which is also very tough to watch for some of you. In the end, Brandon cannot deny the barren reality of his life while feeling more shame about himself. He recognizes he has a problem, and that may be the first step for him in the future. But there still is the urge, and he knows it too well. 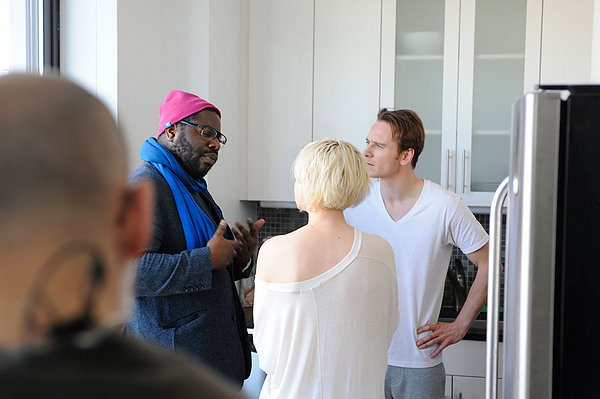 This entry was posted in Movies and tagged Addiction, Brother and Sister, Drama, Sex. Bookmark the permalink.