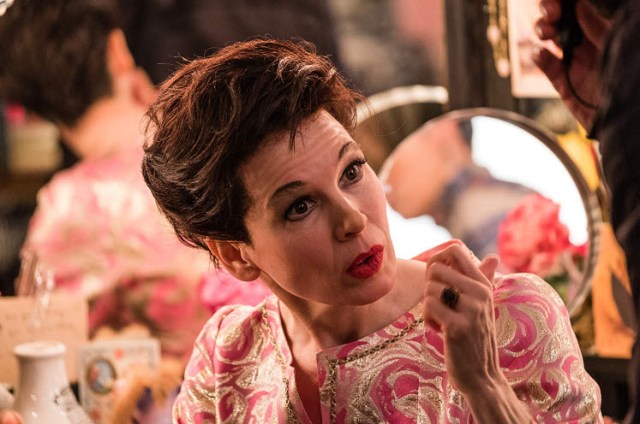 As many of you know, Judy Garland was a tragically messy and damaged person throughout her life and career. While she quickly rose as a new talented child performer in Hollywood thanks to the enormous success of “The Wizard of Oz” (1939), she was frequently mistreated and exploited in the Hollywood studio system even before entering her adulthood, and that subsequently led to more misery and unhappiness during the rest of her rather short life.

Mainly focusing on the bitter end of Garland’s tumultuous life and career, “Judy” attempts to show us how much she struggled and stumbled even during that point, but it does not succeed well as merely coming to us a standard show business biographical drama film. Sure, it pities her with some sympathy, but it does not delve much into that dark, harrowing human center of her misery and happiness, and that is a shame considering the good efforts shown from its talented lead actress.

When the movie introduces us to Garland, played by Renée Zellweger, at the beginning of the story, she is struggling at another gloomy bottom of her life and career in New York City, 1968. Due to her constant problems of moodiness and addiction, she has been regarded as someone unemployable for many years, and there is a painful moment when she is not allowed to enter her hotel room shortly after managing to earn some money through her latest performance.

As things become more desperate for her than ever, Garland has no choice but to agree to perform in London, though that means she will be separated from her two young children for a while. She does not like to let them live in her latest ex-husband’s house, but she will definitely lose her custody unless she earns more money to support them right now, and, after all, there is still some demand for her in London compared to New York City. 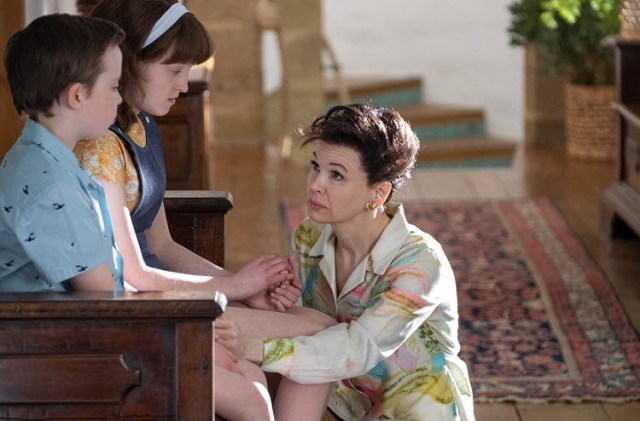 However, it does not take much for Bernard Belfont (Michael Gambon), the owner of a big theater where Garland is going to perform, and his assistant Rosalyn Wilder (Jessie Buckley) to come to have a serious doubt on whether Garland will be able to pull it off. While she skips the rehearsal just because she does not feel that right, she is also pretty late for the opening night as becoming quite moody and agitated, and Wilder has to push Garland a bit harder for avoiding the possible disaster.

Fortunately, Garland manages to perform fairly well in front of her audiences, and everything seems to be going well after that point, but then, not so surprisingly, she finds herself struggling again with her chronic mental/physical health problems. While her body really needs some time for rest and recuperation, she also goes through a series of mood swings ignited by her personal problems including the one involved with her custody, and there eventually comes a moment when she comes to tumble into mental breakdown on the stage.

These and other key moments in the film are intercut with the flashback scenes showing the early years of Garland’s career in Hollywood. As often harshly intimidated and controlled by Louis B. Mayer (Richard Cordery, who is effectively creepy and forceful in his brief appearance), who was the head of MGM Studios during that time, young Garland, played by Darci Shaw, had to endure her demanding work schedule as well as the suffocating daily supervision on her, and we see how her sleep and diet were thoroughly controlled via the constant dose of diet and sleeping pills, which were the main reason of her lifelong addiction.

The screenplay by Tom Edge, which is loosely based on Peter Quilter’s stage play “End of the Rainbow”, becomes more melodramatic as expected during its second half, but it only comes to trudge without generating much emotional depth, and we come to observe Garland’s continuing fall from the distance. While the movie is sometimes brightened up via several obligatory performance scenes, these scenes feel rather flat and pedestrian without enough spark and resonance, and we only come to see the movie blatantly trying to pull our heartstrings during its sentimental finale accompanied with, yes, that immortal musical number I do not have to mention here. 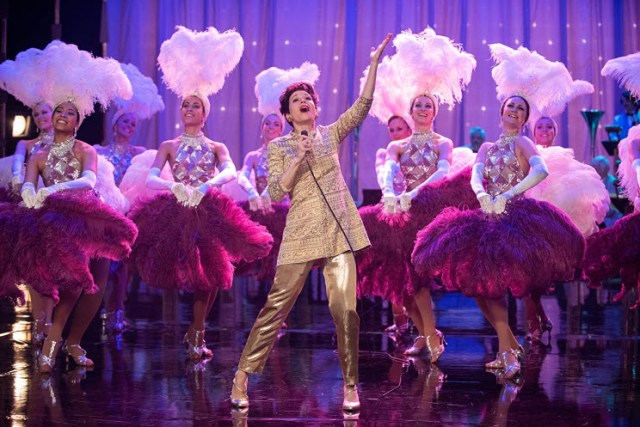 In case of Zellweger, she did everything she could do for carrying the film alone, while demonstrating well here that she is still a wonderful actress who delighted us with a number of good performances including an Oscar-winning supporting turn in “On Cold Mountain” (2003). She initially looks like she is trying a little too hard for her another Oscar nomination, but, come to think of it, that nervous effort of hers is intertwined with her character’s insecurity and vulnerability, and that aspect brings some poignancy to her acting.

In case of the other main cast members in the film, they are unfortunately stuck in their underdeveloped roles. While Finn Wittrock and Rufus Sewell are mostly confined in their bland thankless roles, Michael Gambon and Jessie Buckley manage to leave some impression, and the special mention goes to Darci Shaw, who did a good job of embodying young Garland’s fetching spirit and innocence.

While it is watchable to some degree mainly thanks to Zellweger and Shaw, “Judy” is disappointing due to its contrived storytelling and superficial characterization. To be frank with you, there are many better show business biographical drama films such as, say, “La Vie en Rose” (2007), and I would rather recommend you to watch them instead – or those wonderful classic musical films of Garland out there. 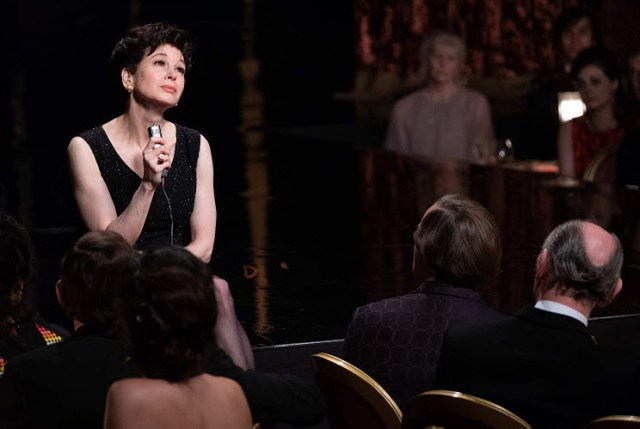