“Terminator Genisys” is another unnecessary sequel in a franchise which did not impress or excite me much during last two decades. Sure, James Cameron’s “The Terminator” (1984) is one of the notable science fiction action films in the 1980s, and his following 1991 sequel is also pretty good while also being one of the innovative milestones in the history of movie special effects, but next two sequels are passable flicks lacking excitement and imagination in comparison, so, without any hesitation, I came to pass a chance to watch “Terminator Genisys” when it came out then received heaps of negative responses from critics and audiences a few years ago.

Anyway, mainly because I am soon going to watch the next sequel which will be released tomorrow here in South Korea, I decided to give “Terminator: Genisys” a chance in the end, and it turns out to be not as bad as I feared. It is still as unnecessary and bland as the previous two sequels, and I often got frustrated and confused due to numerous plot holes caused by its strained attempt to bring some changes into its basic story premise, but it is not entirely without fun and amusement at least, though I still observed its story and characters without much care.

At the beginning, the movie retells the story premise of “The Terminator”. On one day in 1997, a powerful artificial intelligence named Skynet wiped out most of human beings on the Earth with nuclear weapons, and the humanity has been helplessly driven to extinction since that fateful day, but then a man named John Connor (Jason Clarke) suddenly appears and then starts a defiant war against Skynet along with remaining human beings including Kyle Reese (Jai Courtney), who has been his most trusted guy since he was rescued by Connor when he was a young boy. 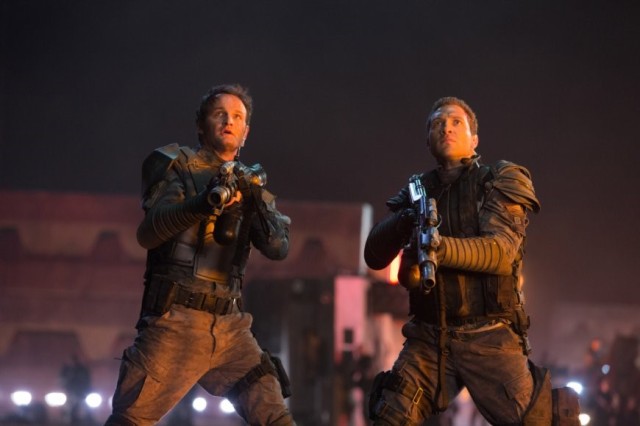 As many of you know, Connor and his men eventually come to win the war, but, at the last moment before its defeat, Skynet sends a humanoid cyborg model named T-800 (Arnold Schwarzenegger) to LA in 1984 for killing Connor’s mother. Because of what she privately told him a long time ago, Connor knows he has to send Reese to LA in 1984, and Reese is willing to sacrifice himself for saving Connor as well as Connor’s mother.

However, right before Reese is sent to LA in 1984, something unexpected happens, and Reese subsequently finds himself in a situation quite different from what we saw from “The Terminator”. Shortly after arriving in his destination, he is confronted by T-1000 (Byung-Hun Lee), a new version of Terminator which appeared for the first in the 1991 sequel film, and the T-800 sent before him is quickly terminated by another T-800, which is also played by Schwarzenegger, and, surprise, Sarah Connor (Emilia Clarke, who is incidentally not related to the actor playing her character’s son).

After they managed to terminate that new version of Terminator as well, we get a rather convoluted explanation on what has been going on. Skynet sent another T-1000 to Sarah’s childhood period, and she came to lose her parents as a consequence, but she was fortunately rescued and then raised by that another T-800, who taught her a lot during next several years and is also affectionately called “Pops” by her.

Anyway, Sarah is going forward to 1997 with Pops’ assistance for destroying Skynet, but Reese objects because of a series of strange things he saw during his time travel. For some unknown reason, there is a significant change in the timeline as they know at present, and Reese somehow knows that they must go to San Francisco in 2017 instead. Although she is initially skeptical, Sarah comes to believe his words, which seem to sound more convincing to her than Pops’ mumbo jumbo on quantum mechanics and parallel timelines.

Of course, Reese turns out to be right when he and Sarah arrive in San Francisco in 2017. While the human civilization is not destroyed yet, there is an upcoming global event associated with a certain high-tech software called Genisys, and Reese and Sarah are shocked to face several changes including an unexpected figure behind the creation of Genisys.

As Sarah, Reese, and Pops, who has been waiting for their arrival for 33 years and now looks as old as Schwarzenegger in real life, tries to stop Genisys as well as that figure in question, the movie throws lots of big CGI actions onto the screen, but they do not feel that impactful or distinctive compared to what we saw from “The Terminator” and its 1991 sequel film, which remain fresh and effective thanks to Cameron’s masterful handling of special effects. In addition, the movie does not generate much interest from the changed relationship among its three main figures, and most of its main cast members are stuck with their flat characters and trite lines, though I must say that Schwarzenegger has a fun with his role as much as he can while occasionally throwing a few recognizable line.

Considering what is shown from its trailer, things seem to be changed a lot again in the upcoming Terminator sequel, so I guess you do not have to watch “Terminator Genisys” before watching that film. Though it is not as awful as suggested by its current Rotten Tomatoes score (27%), the movie is still the most uninteresting entry in its franchise, and I sincerely hope that the upcoming Terminator sequel, whose Rotten Tomatoes score is 68% at this point, is really better than this. 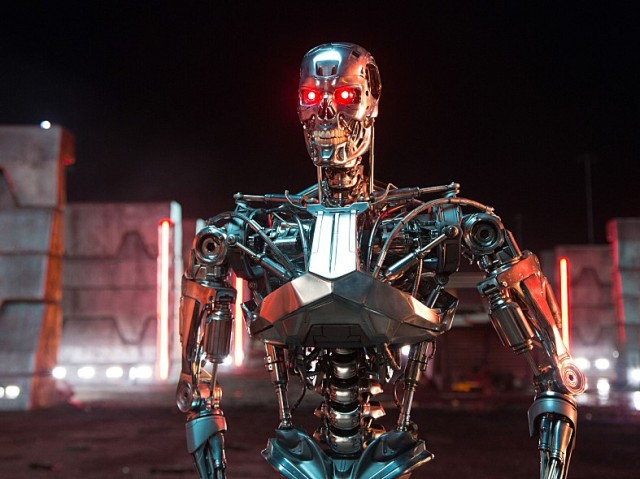