South Korean film “Fourth Place” surprised me as defiantly swimming across lanes of genre conventions with grace and tact. At first, the movie merely seems to be a simple educational tale on teaching and student civil rights, but then it often engages us a lot more than expected via its unexpectedly thoughtful and complex human drama, and you will come to reflect more on what really matters to its little young hero, while also quite touched by several powerful human moments in the film.

The movie begins with the prologue sequence showing the gradual downfall of a promising teenage swimmer named Gwang-soo (Jung Ga-ram) in 1998. While he was one of the best guys in his national swimming team preparing for a big international competition, Gwang-soo was often negligent in his training as dabbling in drinking and gambling, and, not so surprisingly, there eventually came a point when his coach became quite furious for his latest case of negligence. As a consequence, the coach beat him pretty hard for punishment, and that prompted Gwang-soo to quit the team in the end.

The story moves forward to 16 years later, and we are introduced to an elementary school boy named Joon-ho (Yoo Jae-sang). Although he really likes swimming and also seems to have real athletic potentials, his competition results have not been exactly terrific these days as reflected by the very title of the movie, and his mom Jeong-ae (Lee Hang-na) has felt quite frustrated about that as a mother zealously living for vicarious satisfaction from her son. She tries to looks for any possible way to improve her son’s swimming ability, and that is how she comes to know about a certain coach who will not hesitate from harsh tactics for training his young athletes. 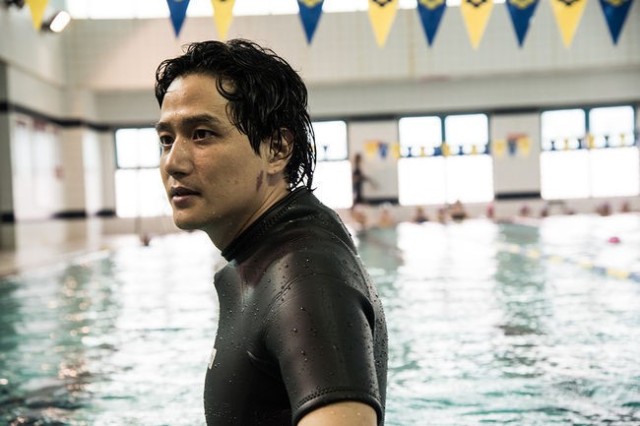 Of course, the figure in question is none other than Gwang-soo, who is now played by Park Hae-joon. During his first meeting with Joon-ho and his mother, Gwang-soo impresses them enough to be hired in the end, but it soon turns out that he is not particularly interested in spending time and efforts on Joon-ho. Right from their first day, he and Joon-ho spend their time on playing computer games instead of swimming, and Joon-ho does not mind that at all because he is not so interested in being coached by Gwang-soo from the beginning.

However, as time goes by, Joon-ho becomes a bit more competitive than before, especially after having a small talk with one of other young swimmers in his neighborhood. He subsequently demands the real coaching from Gwang-soo. and Gwang-soo comes to agree to coach him real hard once he sees that Joon-ho does have the right stuff for being a good swimmer.

And then the movie begins to disturb us with a series of uncomfortable moments. As applying to Joon-ho what he learned from his coach in the past, Gwang-soo often beats Joon-ho in the name of tough teaching, and it does not take much for Jeong-ae to learn of what has been going on between her son and Gwang-soo, but she decides to ignore it mainly because her son begins to show improvement. This may look crazy for some of you, but what is shown in the film is not so far from what has been inflicted on many young students in South Korea, and I must confess that I still vividly remember how I and my schoolmates were often beaten by our teachers or parents for not doing homework or not getting good test scores.

The circumstance becomes more complicated when Joon-ho’s father Yeong-hoon (Choi Moo-sung) accidentally comes to learn of Gwang-soo’s abusive teaching. As already shown from the prologue scene, there is some unpleasant past between Gwang-soo and Yeong-hoon, and we get a quiet but tense scene between them when they eventually meet each other again for talking about Joon-ho.

As calmly following the development of the conflicts among its main characters, the screenplay by director Jeong Ji-woo and his co-writer Kim Min-ah is often thought-provoking in its sobering depiction of that toxic cycle of violence in South Korean education system, which, believe or not, has been actually condoned by parents and teachers for many years. As Jeong-ae deliberately looks away in other direction because she thinks she is doing the right thing for her son, Gwang-soo simply follows what he learned from his coach while believing without any doubt that the ends justify the means, and we cringe as watching Joon-ho suffering and then becoming an abuser later in the story.

At the same time, the story also shows considerable understanding and empathy to its main characters without making any cheap excuse. For example, we often observe Gwang-soo and Jeong-ae from the distance as they show more of their unlikable aspects along the story, but we still understand their motives and behaviors which are not entirely black-and-white, and they come to us complex human figures as they respectively come to have each own doubts and regrets in the end.

As the movie skillfully handles its story and characters, its subjects and messages are organically delivered, and there are also several poetic moments which beautifully convey to us how much Joon-ho is drawn to swimming despite his agony and confusion. I especially like a lovely underwater scene where he freely swims for himself during one night, and I also appreciate how the movie never loses its focus at all during the eventual finale, which confidently defies expected sports drama conventions.

On the whole, “Fourth Place”, whose production was incidentally commissioned by National Human Rights Commission of Korea, distinguishes itself for not only storytelling and performance but also its considerable cinematic qualities, and it is a shame that it was quickly forgotten after it was released in South Korea three years ago. This is a little precious gem which deserves more attention in my inconsequential opinion, and I assure you that it will do far more than public service for you. 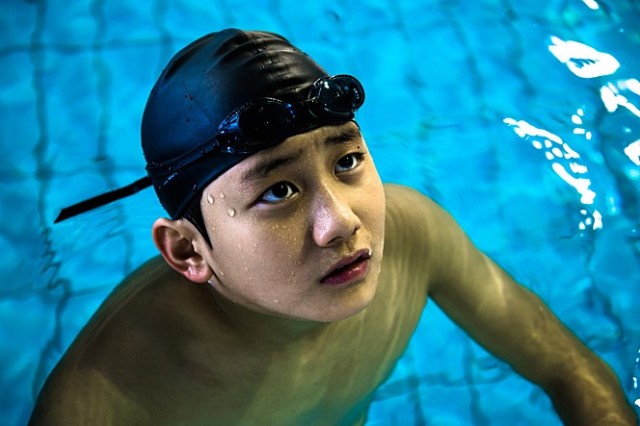