“Galveston” is a crime drama which is quite familiar but turns out to be better than expected. While being bleak and seedy as demanded, the movie generates some genuinely poignant moments as rolling its two main characters along its leisurely plot, and it is also supported well by its two very talented lead performers.

Ben Foster, who has been one of the most interesting character actors in Hollywood during recent years, plays Roy, a small-time criminal who has worked for some local mob boss in New Orleans, Louisiana, 1998. In the opening scene, we see Roy meeting a doctor, and the doctor has a potentially bad news for Roy. The X-ray photograph of Roy’s chest shows something wrong, and, considering his frequent coughs, it is highly possible that Roy is terminally ill, but he simply walks away from his doctor before the doctor tells him more about that grim possibility.

Meanwhile, Roy is ordered by his boss to take care of a matter involved with some guy who may testify against Roy’s boss. At first, it looks like another dirty job to be done for his boss, but, of course, Roy comes to realize that he is deceived by his boss, and he soon finds himself being on the run along with a young prostitute named Rocky (Elle Fanning), who happens to be around Roy during a violent, bloody incident they manage to get away from.

Roy is initially going to leave Rocky alone and then go to Galveston, Texas for hiding from his boss and figuring out what he is going to do next, but, not so surprisingly, he comes to feel obliged to protect and help her, and he soon becomes involved with her more than expected. At one point, she wants to drop by her family house for getting her baby sister back, so he takes her to that house, but something happens shortly before she gets out of the house along with her baby sister, and that subsequently makes their situation more serious than before. 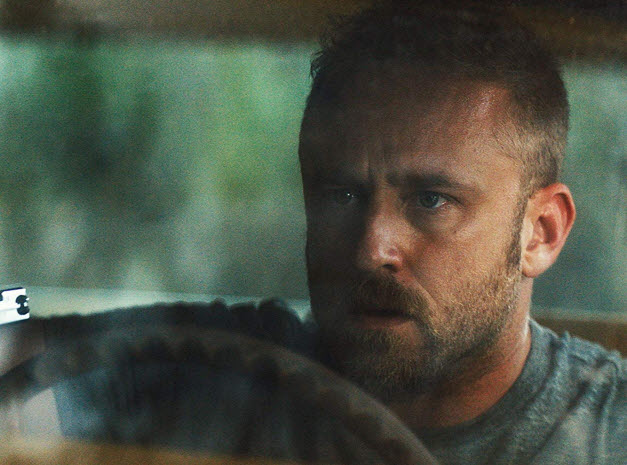 After eventually arriving in Galveston, Roy and Rocky stay in a modest motel, and the movie, which is based on the novel of the same name by Nic Pizzolatto (he also adapted his novel under pseudonym Jim Hammett, by the way), slowly develops their relationship via a number of unexpected nuanced moments. While Roy does not feel any particular attraction to Rocky even when she offers him something she is willing to provide, he feels a bit happy as spending time with Rocky and her baby sister, and there is a small revealing moment when he wakes up to feel a little touch from Rocky’s baby sister at one night.

As calmly observing Roy, Rocky, and her baby sister coming to form a sort of alternative family, the movie also fills the background with interesting things to be noticed. During a seemingly inconsequential moment involved with a minor supporting character, it simply observes that character from the distance, but we can clearly sense how unhappy and angry that character is, and we are not so surprised by what is revealed during a subsequent scene. In case of a middle-aged lady who is the owner of the motel, it is quite apparent to us that she sees through Roy and Rocky right from the beginning, but she follows her compassion and common sense anyway, and there is a brief but touching scene where she indirectly makes her point very clear to Roy.

During its last act, the movie takes an expected plot turn, and Roy and Rocky’s circumstance accordingly becomes quite nasty to say the least, but director Mélanie Laurent, a French actress and filmmaker who is mainly known for her feisty supporting turn in “Inglourious Basterds” (2009), maintains the calm, thoughtful attitude of her movie even during that part. There are a few dark, disturbing moments to shock and surprise you, but they are handled well with considerable restraint, and the movie thankfully does not resort to easy payoff moments. 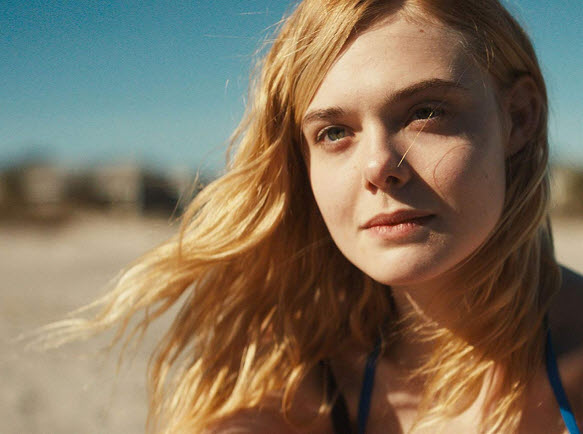 Under Laurent’s confident direction, the movie is packed with palpable mood and nice visual touches to be appreciated. While the editing by Guerric Catala is succinct and effective, the cinematography by Dagmar Weaver-Madsen establishes well the moody atmosphere on the screen via its deft utilization of lights and shadows, and that makes a striking contrast with a few bright moments in the film.

Laurent also draws good performances from her main cast members. Looking glum and morose as required, Foster is compelling as a man who tries to do a right thing as facing his mortality, and Elle Fanning, who has steadily advanced since her breakthrough turn in “Somewhere” (2010), is equally convincing as ably conveying her character’s weariness and vulnerability. While Beau Bridges is suitably loathsome as Roy’s boss, Robert Aramayo is also fine as another crucial supporting character in the story, and the special mention goes to C.K. McFarland, who, as the no-nonsense motel owner, holds her own small place well around Foster and Fanning.

On the whole “Galvestone” does not exactly break any new ground in its genre territory, but it succeeds to engage us via its excellent mood and engaging storytelling, and Laurent, who previously made “The Adopted” (2011) and “Respire” (2014), deserves to be commended for her solid English-language directorial debut. She shows here that she is a good filmmaker, and I am certainly interested in what may come next from her.

This entry was posted in Movies and tagged Crime, Criminal, Prostitute. Bookmark the permalink.