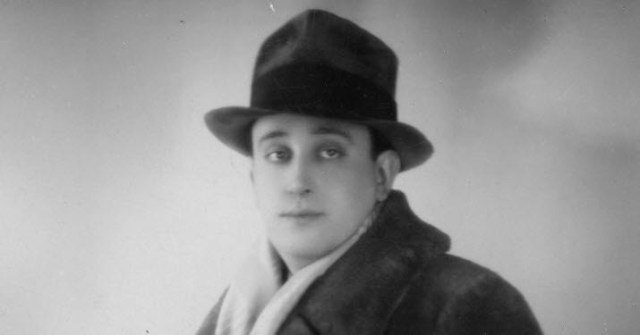 To be frank with you, I had never heard about Michał Waszyński before watching documentary film “The Prince and the Dybbuk”, which recently shown at EBS International Documentary Festival. According to Wikipedia, this prominent Polish filmmaker once worked as an assistant director of the legendary German filmmaker F.W. Murnau, and he subsequently directed no less than 37 films in Poland during the 1930s. Considering that total 147 films were made in Poland during that period, that was quite an impressive filmmaking career, but then he went further as settling in Italy after the World War II, and he became a well-known international movie producer who participated in the production of several notable major American films such as Joseph L. Mankiewicz’s “The Quiet American” (1958) and Anthony Mann’s “The Fall of the Roman Empire” (1964).

During that glorious time in Italy during the 1950-60s, Waszyński presented himself as a Polish royalty to others, and everyone around him had no problem with going along with that mainly due to his elegant and debonair appearance. Often hanging around with several beautiful movie star actresses such as Claudia Cardinale, Audrey Hepburn, and Sophia Loren, he surely enjoyed his own La Dolce Vita in Rome along with his friends and colleagues, and, as shown from one archival footage clip, he was still regarded as ‘the prince’ even when he died in 1965.

However, he seldom talked about his past in front of others, and the documentary reveals his hidden past to us bit by bit as moving around several different locations. An old photograph left by him reveals that he was actually a Polish Jewish guy who was born as Mosze Waks in Kowel, Ukraine, and the documentary subtly presents what happened to his family and many other Jewish people in Kowel during the World War II. In Tel Aviv, Israel, the surviving distant cousins of Waszyńsk gives us a bit of genealogical information on his family, and we are told that he left his hometown probably because he was disowned from his family for some religious matter.

While never trying to clarify the reason behind Waszyński’s departure from his hometown, the documentary implies that he remained haunted by his past and heritage even after he came to Poland and began to live as a Catholic with his changed name. After making a number of popular films, he decided to make “The Dybbuk” (1937), and this mythical Yiddish drama movie which is based on a famous play written by S. Ansky surprised many people at that time. At present, the movie is regarded as one of the important works in the Polish movie history, but it received a very negative response from Joseph Goebbels in Nazi Germany, and, not so surprisingly, Waszyński had to leave Poland when Nazi Germany invaded Poland in 1939.

Several years later, Waszyński joined the Polish Army of general Władysław Anders, and we hear about what he did during that time via two old veterans who knew Waszyński. According to a piece of old record, Waszyński was regarded as a smart, resourceful guy who unfortunately lacked leadership, but he eventually became a member of the army film unit, and he certainly utilized his filmmaking skill well when the Polish Army fought in the Battle of Motnte Cassino in Italy.

Once the war was over, Waszyński re-started his filmmaking career in Italy, and he soon found himself associated with some prominent figures from Hollywood. For example, he became a close friend to Mankiewicz when Mankiewicz was making “The Barefoot Contessa” (1954) with Eva Gardner in Italy, and he even briefly appeared in that classic film.

We hear a bit about his relationship with a rich, generous Italian countess, but then we are informed that he was in fact a closeted homosexual. While he was usually discreet about his sexuality, he often spent evenings at public spots frequented by many other gay people, and an old former actor who was in a close relationship with him around that time tells us Waszyński’s rather amusing gesture upon him.

In the early 1960s, Waszyński advanced more with the ambitious production of “The Fall of the Roman Empire”, and the documentary presents an archival footage clip showing the construction of those huge sets used for the shooting of the movie. We later meet an old man who was one of many extras in the movie, and we hear about how often Waszyński tried to get some glimpse into the dressing room for male extras.

All these various episodes in Waszyński’s life are often intercut with the excerpts from his private diary. While he never directly expressed whatever he felt behind his larger-than-life façade, a faint sense of guilt and regret is felt from his words, and it seems he was not very happy while constantly running away from the past from which he could probably never dissociate himself.

“The Prince and the Dybbuk”, which received Venezia Classici Award at the Venice Film Festival in last year, is not as informative as I hoped, but directors Elwira Niewiera and Piotr Rosolowski did an admirable job of presenting their subject with considerable mood and style to be appreciated, and I had a fairly good time during my viewing even though I often felt impatient. Thanks to this solid documentary film, I come to know about one interesting filmmaker to some degrees, and that is enough for me.