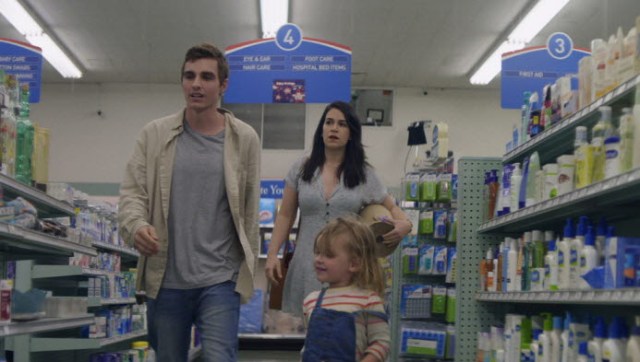 Movies about addiction are usually uncomfortable to watch, and “6 Balloons”, which is currently available on Netflix, is no exception. As closely observing its heroine’s problematic relationship with her addict brother, the movie gives us several unflinching moments which will make you cringe for good reasons, but it also presents some sharp, honest insights on how addicts often drag down not only themselves but also others caring for them to another bottom to hit, and it surely helps that the movie is supported well by two solid lead performances to remember.

As the beginning of the movie, we are introduced to Katie (Abbi Jacobson), a young woman who is in the middle of her preparation for the surprise birthday party for her boyfriend. As she goes to a store along with her mother for buying several stuffs for the party and then comes back to her residence full of other guests, everything seems fine on the surface, but there is one small problem. Her brother Seth (Dave Franco) has not come yet, and she eventually goes to Seth’s residence for herself.

As it is gradually revealed to us, Seth is an addict recovering from his latest relapse, and Katie comes to find that Seth has just relapsed again even though he tried to restart his life with his young daughter Ella (Charlotte Carel and Madeline Care). Looking helpless and confused, Seth pleads for help, and Katie comes to decide to help him as much as she can because, well, she cannot possibly say no to her dear brother. 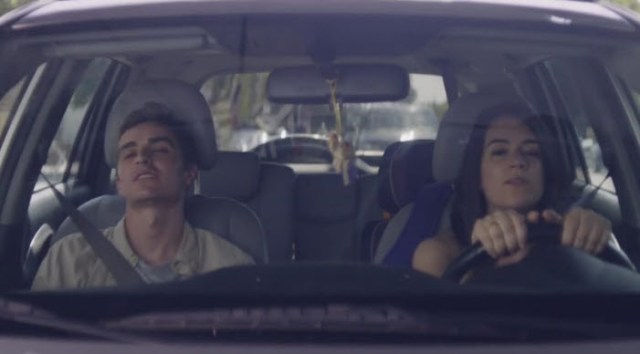 However, as some of you already expected, their circumstance becomes more complicated. Katie’s initial plan is simply taking Seth to a nearby detox center and then going back to her residence along with Ella, but, alas, it turns out that the detox center does not accept Seth’s new insurance company. Because she cannot pay $ 5,000 in cash for his detox treatment right now, she has no choice but to send Seth alone to another detox center far away from her neighborhood.

When Katie eventually comes back to her residence along with Ella after sending Seth away to that detox center, the circumstance seems to be under control, but, of course, Seth soon comes to pull her toward himself again as struggling with acute withdrawal symptoms. With Ella in the backseat of her car, she drives back to him while not telling anything to others including her parents, and she tries her best for handling the situation as quick as possible, but then she finds herself bending to her brother’s agonized need. At one point, she is demanded to get drug for him, and that leads to a dark, disturbing scene where she has to go around alone in a slum area strewn with junkies and drug dealers.

As Katie is gradually dragged down into the darkness of her brother’s addiction, the movie often inserts the excerpts from her self-help audiobook. Although this feels rather blatant at first, it works better than expected as juxtaposed with the recurring watery images of Katie being literally sunken along with her brother, and we subsequently get a nice dramatic payoff moment when Katie must make an important decision for not only her brother but also herself.

Although her screenplay occasionally feels like a short film extended a little too long, director/writer Marja-Lewis Ryan keeps her two main characters’ circumstance rolling along expected narrative points, and she maintains well the level of verisimilitude on the screen. Although we do not get to know a lot about Katie and Seth, they come to as nuanced human characters who are engaging enough to observe, and I also appreciate that Seth’s daughter is presented as another substantial character in the story instead of a mere plot element. 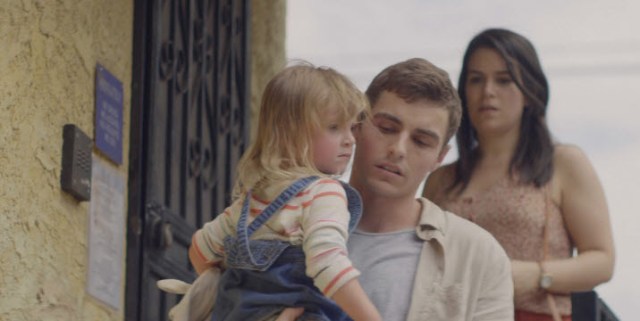 Above all, the movie gives its two lead performers a chance to do something different, and they did a fabulous job with their respective characters. Effortlessly conveying to us her character’s growing frustration and exhaustion, Abbi Jacobson, who has mainly been known for her comic performance in TV comedy series “Broad City”, is commendable in her unadorned acting, and I like how naturally she and her co-star suggest the long history between their characters. As watching their dynamic interactions on the screen, we come to sense the strong emotional bond between Katie and Seth, and we come to understand why Katie lets herself pushed or manipulated by her brother.

On the opposite, David Franco, who has mostly been known for several notable comedy films such as “21 Jump Street” (2012), is surprisingly convincing in his demanding role. Looking quite gaunt as required, he deftly alternates between his character’s helplessness and selfishness, and we often feel sorry for his character’s miserable status even though we usually observe him from the distance. When Seth tries to be jolly and pleasant with his daughter during one particular scene, we get the glimpse of his likable side, but his addiction is still on his back as usual, and Franco embodies his character’s inner struggle well while never exaggerating it.

Although it feels a bit overlong despite its notably short running time (74 minutes) and I was often bothered by its contrived aspects during my viewing, “6 Balloons” mostly works well thanks to Ryan’s competent direction and her lead performers’ strong performances. It is a tough stuff indeed, but it is handled with enough sensitivity and honesty to hold our attention, and you will get more understanding on addiction – and how it can damage human relationship in one way or another.

This entry was posted in Movies and tagged Addict, Addiction, Brother and Sister. Bookmark the permalink.