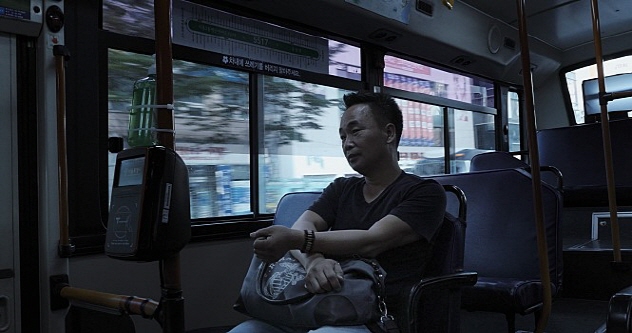 South Korean documentary film “The Remnants” closely looks into the bitter aftermath of one tragic incident which shocked the whole nation at that time. What happened in Yongsan district of Seoul during the early of January 20th, 2009 was indeed terrible, but the incident has been forgotten too quickly by the South Korean society and its people without any more investigation during next several years, and the survivors who were at the middle of the incident still suffer from their trauma and guilt.

The documentary is a sort of sequel to its co-director Kim Il-rhan’s previous documentary film “Two Doors” (2012), which gave us a vivid, detailed presentation on the Yongsan Tragedy. On January 19th, 2009, a group of evictees in the Yongsan district of Seoul began their demonstration on an abandoned building because they did not receive fair compensation for their relocation due to the redevelopment of their neighborhood, and the police swiftly responded to this with harsh tactics including water cannon and SWAT team. Although it was apparent that there were considerable potentials for danger, police authorities ordered immediate suppression, and all hell broke loose when police officers and hired goons tried to enter the building and then catch demonstrators around AM 7:00, January 20th.

Relentlessly cornered by the police, most of the demonstrators went up to a four-story makeshift watchtower they built on the rooftop of the building, and, as shown from the video footage clip shown at the beginning of the documentary, it was during that time when a disaster suddenly happened. As things became more chaotic due to the continuing clash between the demonstrators and the police officers, the watchtower began to burn for some unknown reason around AM 7:20, and that eventually led to the death of five demonstrators and one police officer. 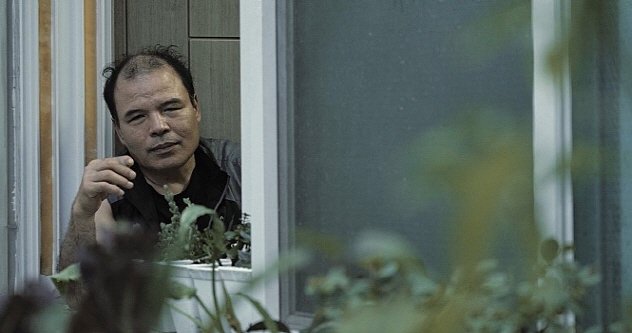 As the incident drew lots of public attention, the police and the government instantly embarked on saving their face and avoiding any responsibility. While 5 demonstrators were swiftly brought to a trial, nobody in the police was investigated or charged for any misconduct in the incident, and the government even tried to divert the media attention from the incident through the sensational news about a serial killer. In the end, all of those charged demonstrators were sentenced to several years of incarceration at their trial, but they were later pardoned and released 4 years later.

The documentary observes how these five people have respectively struggled to live since their release. In case of Kim Chang-soo, he belatedly came to learn that his wife became ill due to cancer while he was in prison, and he tried to compensate for his absence as much as he could, but he and his wife remain estranged to each other as before. At one point during his interview, he cannot help but wonder whether it was really worthwhile to follow his belief, and we sense bitter regret from his resigned face.

In case of Cheon Joo-seok, he lives in a shabby house located in a neighborhood which is almost abandoned due to imminent redevelopment. He looks mostly fine on the surface, but he still feels damaged inside as remembering the incident from time to time, and so does his fellow demonstrator Kim Joo-hwan, who is revealed to have a serious drinking problem. We later see how he got himself into an embarrassing minor trouble while being quite drunk, and that is one of the most painful moments in the film.

In case of Ji Seok-joon, he was severely injured at that time, and the documentary pays some considerable attention to what he exactly saw during that incident. As far as he remembers, he was on the fourth floor of the building along with two fellow demonstrators after getting out of the burning watchtower, but those two guys in question were found dead later in the collapsed watchtower, and that says a lot about how messy and chaotic it was for him and everyone else in the building during the incident. 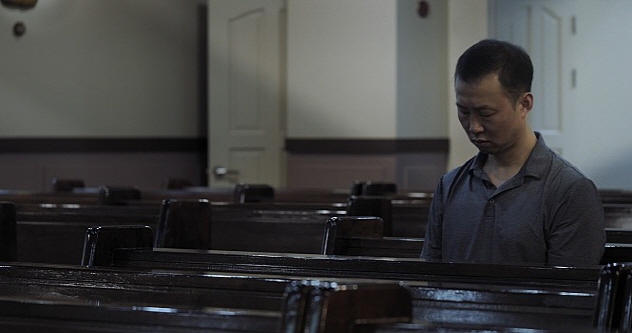 Lee Choong-yeon, who was the leader of demonstrators, has tried his best to draw more attention to the Yongsan Tragedy, but, not so surprisingly, he only finds himself getting more exasperated and frustrated. As time goes by, the Yongsan Tragedy is forgotten more and more, and government and police authorities who were responsible for the incident in one way or another continue to avoid their responsibility as before. In case of a man who was the Police Commissioner at that time, he was later appointed as the new president of Korean Airport Corporation, and then he easily won a seat in the parliament after a few years.

And there is the ongoing conflict between Lee and other surviving demonstrators. While other surviving demonstrators want more public attention to their pain and struggle, Lee believes they should be more focused on demanding a close examination on the Yongsan Tragedy, and he and several surviving demonstrators clash with each other hard when they have a private meeting together in October 2015. As watching their increasingly volatile exchanges, we can clearly see that their wounds are not healed yet as filled with blame and resentment, and that is why a certain scene later in the documentary is so dramatically effective.

Like “Two Doors”, “The Remnants” is an important South Korean documentary film, and Kim Il-rhan and her co-director Lee Hyuk-sang did an admirable job of bringing complex human aspects to their subject. It is a shame that this good documentary did not reach to more target audiences when it was released two months ago in South Korea, and I wholeheartedly recommend you to watch it along with “Two Doors” if you have ever heard about the Yongsan Tragedy.