As an uneasy satire on social media stalking, “Ingrid Goes West” is not a pleasant experience at all. Yes, you will probably be disturbed a lot by how its pathetically unhinged heroine goes further and further into her obsession and madness, but the movie observes her pathological state of mind with humor and fascination at least, and you may come to enjoy it as a little morbid comedy of deranged human behaviors in our digital era.

Aubrey Plaza, who has been one of the most notable comedy performers since her impressive deadpan supporting turn in TV series in “Parks and Recreation”, plays Ingrid Thorburn, a young woman who evidently needs some serious psychiatric help as shown from the opening scene. She is quite upset just because her ‘friend’ does not invite her to her wedding, and we soon see her crashing into that woman’s wedding party and then attacking her with pepper spray.

After that unpleasant incident, Ingrid comes to spend some time at a mental hospital for therapy, and she keeps writing apology letters to her ‘friend’, but, not so surprisingly, she does not get any reply from her. As a matter of fact, Ingrid had stalked on her for a while since they briefly interacted with each other via Instagram, and she already put a restraining order on Ingrid.

After coming back to her home where she lived with her recently diseased mother, Ingrid instantly searches for someone else to fixate on, and she soon finds a woman who seems suitable as her new best friend. After reading a magazine article on an Instagram celebrity named Taylor Sloane (Elizabeth Olsen), Ingrid instantly follows Sloane’s Instagram account, and she soon gets herself absorbed in a fancy Californian lifestyle presented via numerous cool photographs posted by Sloane. 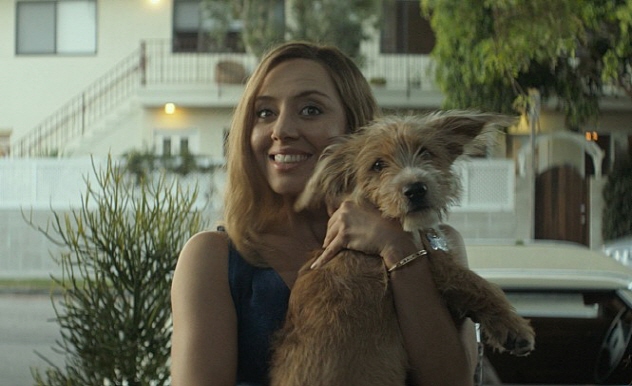 Ingrid eventually decides to move to a Californian neighborhood where Sloane and her artist husband Ezra (Wyatt Russell) resides, and she happens to have enough money for that. She recently inherited around $ 60,000 from her dead mother, so she immediately goes to California along with a bag full of cash, and she instantly rents a house right after she arrives in Sloan’s neighborhood. The landlord of the house, a young aspiring screenplay writer named Dan Pinto (O’Shea Jackson Jr.), may have some reservation, but he accepts Ingrid’s direct offer anyway because he cannot possibly refuse it and, above all, he is a bit curious about her.

Once she settles in her new place, Ingrid begins to approach to Sloane. While watching Sloane from the distance, she absorbs many things from Sloane including her attire and hairdo, and there is a humorously awkward moment when she happens to be around Sloane at a local shop. She does not want to draw Sloane’s attention yet, so she tries to hide herself as much as she can, but, to our amusement, that only draws more attention from Sloane and others.

Not long after that, Ingrid comes to find a right opportunity for approaching to Sloane. After kidnapping Sloane’s dog and then ‘returning’ it to her on the next day, she quickly gets closer to Sloane and Ezra, and she soon comes to spend more time with them. Besides buying one of Ezra’s artworks, she is willing to listen to whatever Sloane says, and she is also ready to provide some help when Sloane needs to take her several personal things to a private place outside the city.

Of course, it gradually turns out that Sloane and Ezra’s life is not as good as it looks on the surface. As we observe Sloane, we come to notice more of how banal and superficial she is, and that is exemplified well by when she tries to record her special moment with Ingrid. Regardless of how she feels about her relationship with Ingrid, all she cares about at that moment is getting a photograph good enough for her Instagram account, and Ingrid goes along with that without any hesitation. In case of Ezra, he has been unhappy as going nowhere in his life and career, and there is a small bitter scene where he confides his growing discontent to Ingrid. 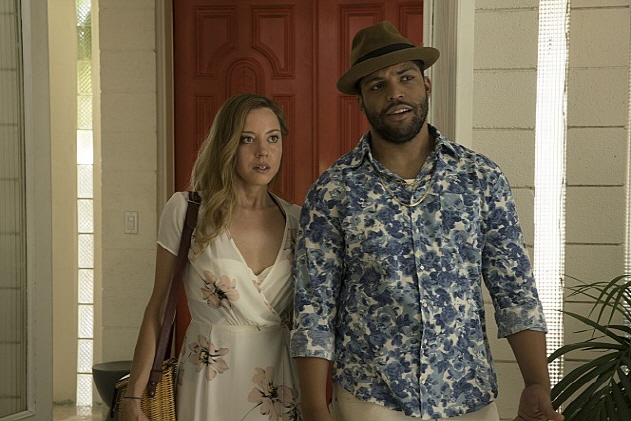 Nevertheless, Ingrid keeps fixating on Sloane with more lies and deceptions, and the situation becomes more troubling when she attempts to deal with a sudden problem involved with Sloane’s reckless brother Nicky (Billy Magnussen). Although the screenplay by director Matt Spicer and his co-writer David Branson Smith falters after that narrative point, Plaza’s uncompromising comic performance continues to engage us as before, and she did a good job of balancing her character well between humor and morbidity. Although we never get to know much about her, Ingrid still comes to us as a horrifyingly interesting case study to watch, and Plaza is fabulous as effortlessly dialing up and down her character’s manic intensity throughout the film.

The supporting performers around Plaza are solid on the whole. While Elizabeth Olsen is pitch-perfect as a woman who is all style but no substance, Wyatt Russell, Billy Magnussen, and Pom Klementieff are convincing in their respective supporting roles, and O’Shea Jackson Jr., who was wonderful in “Straight Outta Compton” (2015), gives a nice low-key comic performance, which clicks well with Plaza’s acting as their characters get a little closer to each other later in the story.

While it may be too disturbing and uncomfortable for some of you, “Ingrid Goes West” earns its dark laughs thanks to its twisted sense of humor and Plaza’s commendable performance, and it surely deserves to be mentioned along with several notable antisocial comedy films such as “The King of Comedy” (1982), “Observe and Report” (2009), and “Young Adult” (2011). Although it has some glaring flaws including its rather abrupt finale, the movie still works as an engaging satire, and I will not deny that I had some naughty fun with it.

This entry was posted in Movies and tagged Comedy, Social network service, Stalking. Bookmark the permalink.