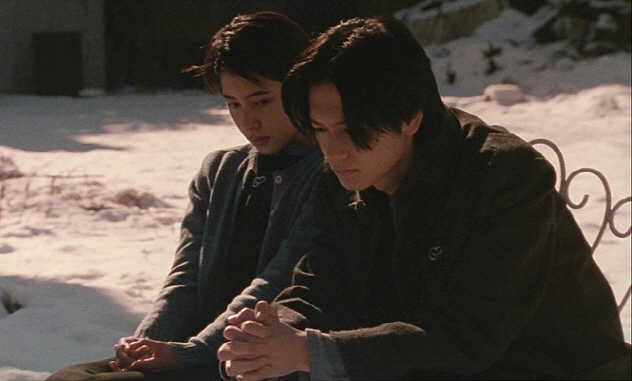 I remember well when I happened to watch Hirokazu Kore-eda’s “After Life” for the first time. I did not expect much when it was shown on TV during one hot Sunday afternoon of 2006, but I became intrigued by its rather plain fantasy premise, and then I found myself touched a lot by its gentle and elegant human drama, which lingered on me for a while along with small precious moments of humanity.

Although the movie is technically a fantasy tale, its mood and background are quite mundane right from its opening scene, where we meet a group of people working in a shabby place located somewhere between our world and hereafter. Their another week has just begun, and now they have to prepare themselves for handling another group of people who are going to spend a week there after their recent death. We soon see these dead people arriving at the foggy front gate of the place one by one, and that visually modest moment is more than enough to remind us of their current status.

Once they all arrive, the dead of this week individually meet their handlers, who officially notify them of their death and then explain to them (and us) what they have to do before going over to the afterlife waiting for them. During three days, each of them has to choose the happiest memory of their life, and then their handlers will make movies based on those chosen memories in question during the following two days. Once everything is ready on Saturday, they will watch that movie together in a screening room, and that will transfer themselves to the eternity of afterlife along with their chosen memory, which will be the only thing they remember about their life before afterlife.

As being interviewed by their handlers, these dead people come to reflect on their respective life. The movie simply looks at them as they talk about their life, but we cannot help but listen to what they say in front of the camera because their scenes brim with a real sense of life on the screen. In fact, many of these dead people are played by non-professional performers, and Kore-eda shot their scenes impromptu as they reminisced about their own lives.

While we watch the dead in the film, some of them become a little more prominent as being difficult cases for their handlers. In case of a middle-aged guy, he seems to have been so unhappy in his life that he welcomes the oblivion of the eternity to come, and there is the sad irony in what he comes to choose as his happiest memory. In case of a young man, he prefers not to choose because, well, he does not think he lived long enough to experience something to remember forever.

The most poignant case is an old man who comes to feel lots of regret over his life. As going through a stack of video tapes containing his whole life (Don’t ask me how that is possible), he is painfully reminded of how ordinary his life was from the beginning to the end. Nothing was particularly bad for him and his wife who passed away several years ago, but it seems there is nothing worthwhile to be remembered in their mundane life, and there is a bittersweet moment when he gets some consolation from his handler, who turns out to be quite older than he looks on the surface.

In the meantime, the movie lets us get to know a bit more about the handlers. At one point, they wonder whether their work will mean anything in the end, but they continue to work as usual, and they and other people working with them begin to prepare for the shooting in a studio filled with a number of different sets based on those chosen memories. Their rudimentary filmmaking process may look a little silly to you, but they are quite serious about that, and we get several amusing moments as they try to recreate those chosen memories through simple practical means. For example, in case of a piece of memory involved with aviation, they just use pieces of cotton for more vividness, and everyone including the owner of that memory is satisfied with that. 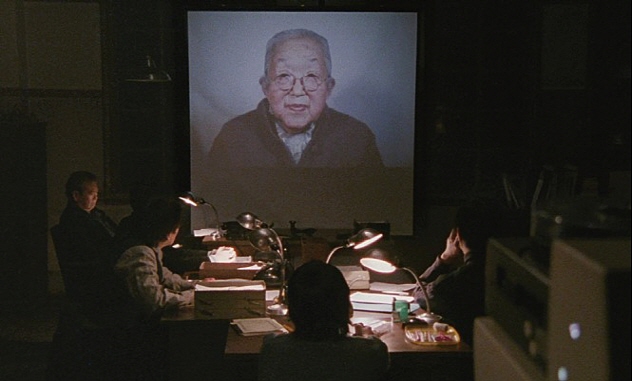 Later in the story, there comes a surprising moment of revelation associated with one of the handlers, but the movie keeps maintaining its calm, restrained attitude even at that point, and it eventually gives us another hauntingly powerful moment to remember. I admire how effortlessly this moment is presented with considerable emotional effect, and I also appreciate how thoughtfully the movie lets us muse more on our life as its narrative makes a full circle in the end. It is clichéd to say that life goes on, but that is indubitably true for all of us, and the movie movingly reminds us of that.

I must confess that I was quite sleepy when I watched “After Life” again thanks to its recent re-release in South Korea, but, at least, I was glad to see that it is still a wonderful movie as I remembered, and that reminds me of how steady Kore-eda has been in his career with a series of excellent works including “Still Walking” (2008), “I Wish” (2011), “Like Father, Like Son” (2013), and “After the Storm” (2016), which was incidentally one of my best films of 2016. Although I felt less enthusiastic about “Air Doll” (2009) and his latest film “The Third Murder” (2017), they are noteworthy attempts nonetheless, and they also show that he is indeed one of the most interesting filmmakers in our time.

By the way, I remember saying about what I will choose if I happen to be in the situation depicted in “After Life”. It was the afternoon of April 25th, 2010 at a certain Steak ‘n Shake restaurant in Urbana-Champaign, Illinois, and I vividly remember how much I felt happy while spending my last time with my late mentor/friend Roger Ebert and those wonderful cinephile/critic friends I met through him and his famous movie festival. I still think I will choose that moment with no regret or hesitation. 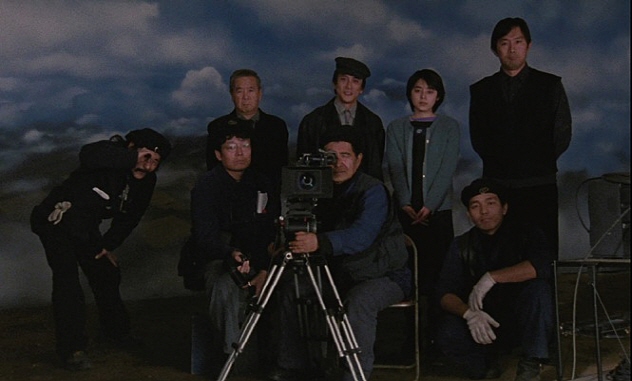 This entry was posted in Movies and tagged Afterlife, Death, Fantasy. Bookmark the permalink.