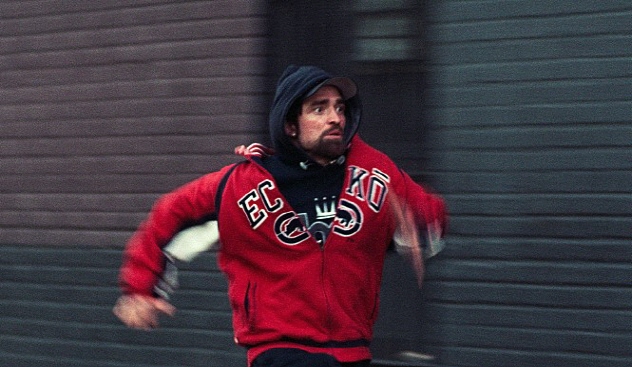 What a witless and hapless guy the hero of “Good Time” is. He thinks he can handle his messy situation, but things keep going wrong for him, and he only comes to find himself mired in more panic and desperation. While it is not exactly pleasant to watch this pathetic guy tumbling from one narrative point to another as causing more troubles, the movie works a darkly amusing and electrifying thriller, and it is also firmly anchored by one of the most notable performances of 2017.

In the beginning, we meet a mentally handicapped guy named Nick (Ben Safdie, who is the co-director and co-editor of the movie), who is going through a session with his therapist in a building located somewhere in Manhattan. Their session shows some progress as he mumbles the answers to his therapist’s questions, but then his older brother Connie (Robert Pattinson) suddenly comes into the therapist’s office, and he promptly takes Nick away from the office because he needs his brother for his criminal plan for a better life for them.

Along with Nick, Connie is going to rob a bank, but they turn out to be pretty inept and sloppy. When they come into the bank while wearing a rather silly mask, nobody seems to be alarmed by their appearance, and a bank teller who happens to be confronted by them does not seem to be particularly threatened by them. Not so surprisingly, they find themselves pursued by the police as soon as they leave the bank with money, and Nick is eventually caught by police officers while Connie manages to evade them. 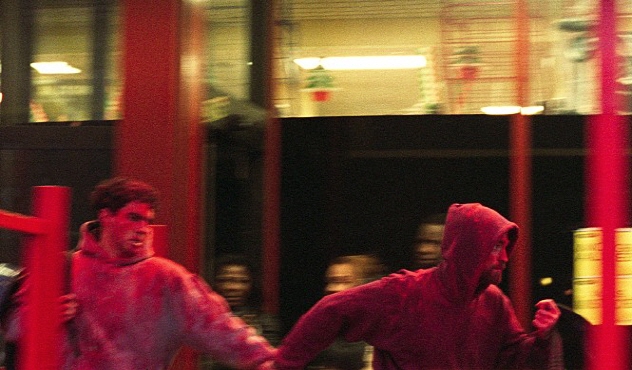 Because he still has that stolen money, Connie tries to get his brother out of the jail through paying the bond, but the situation turns out to be a lot more difficult than expected. His stolen money is not enough for paying the bond set for Nick, and he needs no less than $10,000. He tries to get a help from his rich girlfriend, but, of course, she cannot help him much, and he becomes more desperate when he learns that his brother is sent to a hospital after being injured in the jail.

The rest of the story focuses on how Connie tries to take care of the situation as much as he can, and I don’t dare to reveal anything to you, but I can tell you instead that I was entertained by how the screenplay by the co-director Josh Safdie and his co-writer Ronald Bronstein, who also edited the film with Ben Safdie, gives us a number of wryly humorous moments. Connie desperately wants to believe that there is still a way out for him and his brother, but it is pretty apparent to us that his fate is already determined especially after one certain narrative point. We accordingly come to observe his plight from the distance, but we are also amused by his unfortunate moments which are a sort of cross between “Dog Day Afternoon” (1975) and “After Hours” (1985).

In addition, the movie is drenched in stylish touches to accentuate its hero’s urgent circumstance. Cinematographer Sean Price Williams did a solid job of establishing the nightmarish atmosphere on the screen through the effective utilization of lights and shadows, and I especially admired a visually striking sequence unfolded in an empty amusement park later in the movie. Whenever it is played on the soundtrack, the pulsating electronic score by Oneohtrix Point Never, which deservedly received the soundtrack award at the Cannes Film Festival early in last year, instantly dials up the level of tension, and its aggressive style may remind you of those synthesizer scores of John Carpenter’s films. 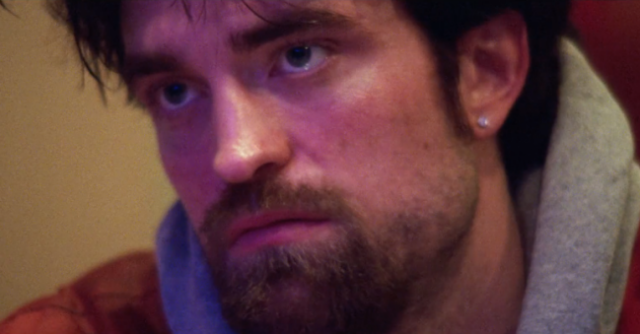 Like many similar thrillers, the movie depends a lot on its lead performer, and Robert Pattinson shows here that, like Kristen Stewart, he is too talented to be associated forever with Twilight movies. As Stewart have done during recent years, Pattison has put himself in a number of more respectable films, and the result has been so far successful enough to distance himself away from Twilight films. While I did not like David Cronenberg’s “Cosmopolitan” (2012), he was suitably cast as its superficial hero, and his performance was surely one of its few admirable elements. In case of James Gray’s “The Lost City of Z” (2016), he completely immersed himself into his supporting character, and I appreciated how he aptly supported his co-star Charlie Hunnam while never drawing attention to himself.

In “Good Time”, Pattinson is as intense and dogged as required while looking as plain and shabby as demanded. As the camera frequently focuses on his face, he constantly holds our interest while ably conveying to us his character’s increasingly frantic state of mind, and he is especially wonderful during several tense scenes where his character has to think and act as fast as he can. When the movie eventually arrives at the expected finale, the camera merely looks at his face, but that is more than enough to generate an intended dramatic effect, and I would not complain if the movie ended there instead of going a bit further with the following epilogue scene.

Pattinson is supported well by a group of supporting performers, who fill their functional roles as much as they can. While Ben Safdie mostly acquits himself well in his rather stereotype role, Jennifer Jason Leigh has a brief juicy moment early in the film, and Taliah Webster, Buddy Duress, and Barkhad Abdi are also fine as the substantial parts of the movie.

Overall, “Good Time” sometimes feels like a cold exercise in style, but it is at least slick and efficient enough to engage me, and that nervous energy of Pattinson’s performance is something worthwhile to appreciate. Along with “The Lost City of Z”, the movie fully convinces me that he is a good actor to watch, and that is a considerable achievement in my trivial opinion.