1987 was quite an eventful year in South Korea. After the tragic death of a young college student/activist named Park Jong-chul on January 14th, 1987, the public demand for democratization in South Korea became bigger, wider, and fiercer than before during next several months, and that eventually brought down the dictatorship of President Chun Doo-hwan. Although the result of the following presidential election was not exactly a happy ending, 1987 has been remembered as an important year in the modern South Korean history nonetheless, and I and many other South Korean people recently witnessed its spirit soaring again when we demanded the impeachment of President Park Geun-hye early in this year.

While there are some fictional elements, South Korean film “1987: When the Day Comes” mostly stays true to that eventful time in South Korea, and the result is a well-made historical drama which is not only admirable but also engaging enough to hold our attention. Although it has several visible weak points, the movie compensates for these flaws via efficient storytelling and solid performance, and it succeeded in making me involved in its busy plot even though I was well aware of how the story would end.

The movie opens with a group of security police agents facing the dire consequence resulted from their brutal torture of Park Jong-chul. After belatedly realizing what they have just done, they hurriedly fetch a doctor and a nurse to their interrogation center, but it is already too late, and now they and their direct chief have to cover up this incident as soon as possible.

At first, that seems to be an easy job which can be done within 24 hours, but then they are blocked by a prosecutor who is supposed to give them a quick permission to cremate Park’s body. Mainly because he has been not so pleased about those roguish security police agents, the prosecutor insists that Park’s body should be autopsied according to the law, and he becomes more adamant as he is more pressured from many people including his direct boss. The autopsy on Park’s body is eventually done as he demands, but, not so surprisingly, he comes to pay the price for sticking to his defiant position to the end.

However, he succeeds in drawing the attention of the media at least. Once Park’s death is reported on a major newspaper via his sly tactic, the cover-up of Park’s death becomes virtually impossible, and there is an amusing moment when a high-ranking police official makes an impertinent official statement on Park’s death in front of many reporters. His ridiculous words on the cause of Park’s death may sound quite unbelievable to some of you, but, believe me, this is exactly what was said in real life, and I must confess that I could not help but have a little bitter laugh while watching that scene.

Around that point, the movie shifts its focus to one of those reporters, who is determined to find the truth behind Park’s death. He surely tries hard as reflected by one scene in which he surreptitiously contacts the doctor who was brought to the interrogation center, but he is eventually blocked along with many other reporters by security police agents, who also cruelly prevent Park’s family from saying a proper goodbye to him. Once the autopsy is finished, Park’s body is promptly cremated, and Park’s grieving father is forced to scatter his dead son’s ashes over a river.

The movie continues to expand its scope as adding two other main characters into the plot. A prison guard sympathetic to the ongoing democratization movement is asked to deliver something involved with Park’s death to a prominent activist who has been hiding from security police agents, and, after almost getting exposed at one point, he asks his niece to do the job instead. His niece does not want to get involved with any kind of trouble, but she becomes conflicted as being more aware of what has been going on in her society, and she later finds herself in a very serious situation where she must make a choice. 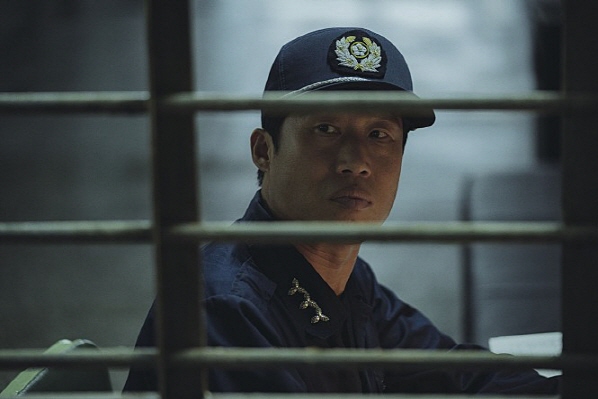 As fluidly hopping from one main character to another, the screenplay by Kim Kyeong-chan steadily builds its narrative momentum before eventually reaching to the expected climax which is associated with another notable real-life incident. Although it feels a little too artificial, that part mostly works as giving us a big, dramatic payoff moment as required, and I will not deny that I was touched by that.

Director Jang Joon-hwan, who previously gave us “Save the Green Planet!” (2003) and “Hwayi: A Monster Boy” (2013), assembled an impressive cast for his movie, and the cast members of the movie bring life and personality to their characters, who are essentially more or less than plot components. While Kim Yun-seok instantly draws our attention as the chief villain of the story, Ha Jung-woo, Yoo Hae-jin, Park Hee-soon, and Lee Hee-joon also give fine performances, and Kim Tae-ri is suitably plucky in her substantial role. In case of several notable South Korean performers who briefly appear in the film, I enjoyed how they are utilized well as small parts of the story, so I will let you spot them for yourself.

Although it does not exceed my expectation, “1987: When the Day Comes” is a competent piece of work which provides a vivid, compelling look into the South Korean society during the 1980s. The movie does its job as much as intended at least, and it surely reminded me of how much my country has advanced since that – and how much it still needs to go further for true democracy.