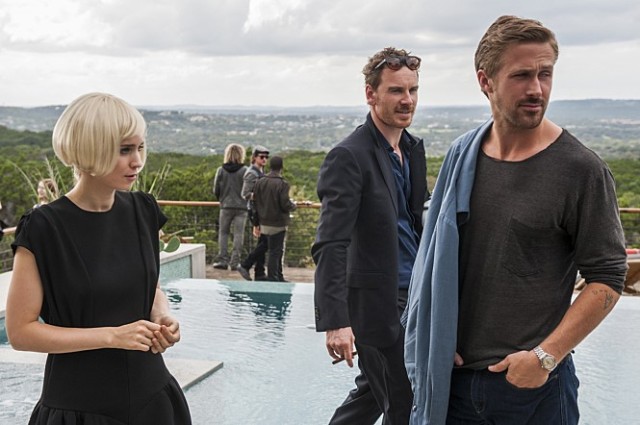 Terrence Malick’s latest work “Song to Song” will surely confound many of you for good reasons. Like any other films by Malick, it reaches for something sublime and transcendent as gliding along a series of beautiful stream-of-consciousness moments, but it is never coherent enough to engage us on the emotional level, and we are only left with bewilderment and frustration in the end. Although I admired some of mesmerizing moments in the film and kept looking at the screen until the end credits began, I also felt confounded and frustrated a lot, and, to be frank with you, all I can do here in this review is writing down what I observed and thought during my viewing.

As far as I could see, the movie revolves around the relationship between a musician named BV (Ryan Gosling) and his girlfriend Faye (Rooney Mara). After accidentally encountering each other at a party, they fall in love with each other, and we soon see them enjoying themselves together around a number of different places including a rocky mountain peak, which becomes their special place.

However, there is a little trouble in their paradise, and that comes from BV’s music producer Cook (Micheal Fassbender), who, as he frankly tells BV at one point, knew Faye before BV met her. As a hedonistic guy who always gets whatever he desires, Cook does not mind having an affair with Faye, and that puts Faye into moments of doubts and conflicts. She does love BV, but she still finds herself getting involved with Cook as he continues to hang around her and BV, and there is a brief scene where she is put into a rather shameful situation along with Rhonda (Natalie Portman), a young waitress who becomes Cook’s latest object of desire after they come across each other at a cafeteria. 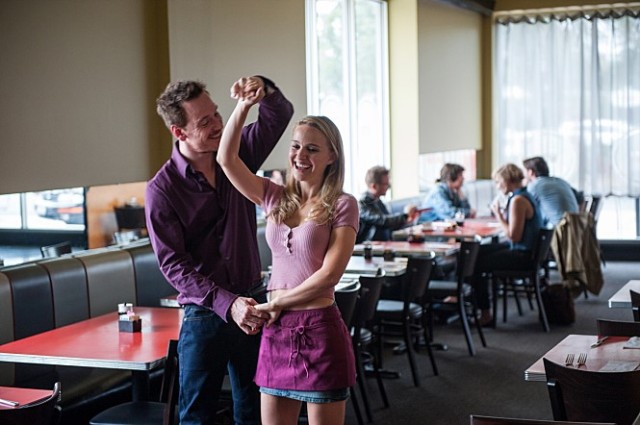 In the meantime, BV and Faye’s relationship is slowly deteriorated, and they eventually break up with each other. Faye decides to go further with her own musician career, and she also begins a new relationship after she meets a French woman named Zoey (Bérénice Marlohe). Not long after a career setback caused by his conflict with Cook, BV meets Amanda (Cate Blanchett), and they are quickly drawn to each other, but then they find themselves being frustrated with their relationship going nowhere.

As keeping wandering outside, the main characters of the movie constantly wonder inside their minds, and this is always accompanied with numerous visual moments to admire. Malick and his cinematographer Emmanuel Lubezki, who has steadily worked with Malick since “The New World” (2005), go here and there to capture wonderful moments as many as they can, and those moments certainly look wonderful on the screen. I enjoyed how Lubezki’s camera often emphasizes the smooth quality of the modern interior designs of various places appearing in the film, and I also appreciated several lovely outdoor scenes including a beach scene with a flock of seagulls in the sky.

The soundtrack of the movie is as eclectic as we can expect from Malick. Besides Zbigniew Priesner’s “Into the Abyss”, notable classic works of Gustav Mahler, Maurice Ravel, and Camille Saint-Saëns are used on the soundtrack, and it is interesting to see how this eclectic concoction is mingled with the pop music concert scenes which were shot during the 2012 Austin City Limits festival. In addition, several recognizable pop musicians including Lykke Li, Iggy Pop, and Patti Smith come and go throughout the film, and Smith has one nice scene when she gives some advice to Faye.

However, the movie feels superficial and incoherent as plodding in its supposedly ambitious attempt. Its main characters and their personal relationships are never fully established or developed, and we only come to observe these rather uninteresting characters from the distance while not caring much about them or their relationships. 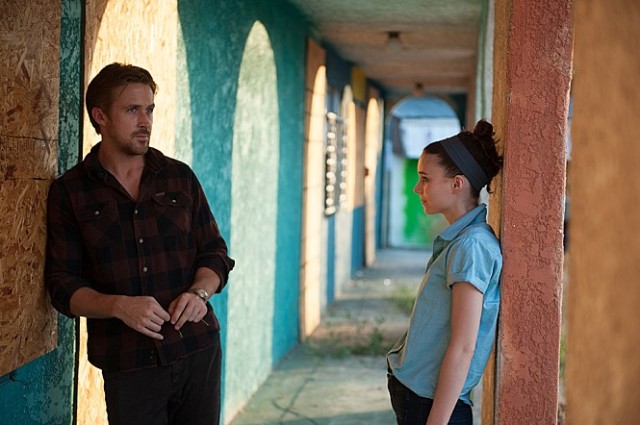 Malick assembled a group of interesting performers for his film, but these undeniably talented performers do not have many things to do except filling their respective roles as required by their director. Ryan Gosling and Rooney Mara manage to generate some sense of intimacy during their early scenes, but then they are stuck with their undeveloped characters during the rest of the film, and the same thing can be said about Michael Fassbender. Natalie Portman, Cate Blanchett, Bérénice Marlohe, and Holly Hunter are woefully wasted in their one-dimensional roles, and Val Kilmer has a brief but amusing scene accompanied with a chainsaw.

Since “The Tree of Life”, Malick has so far directed no less than four films during last 6 years, and he is already working on the next film to come. While it is certainly nice to see him being more prolific than ever, he seems to be repeating himself without much advance, and now I wonder whether he should take some break as he did before. 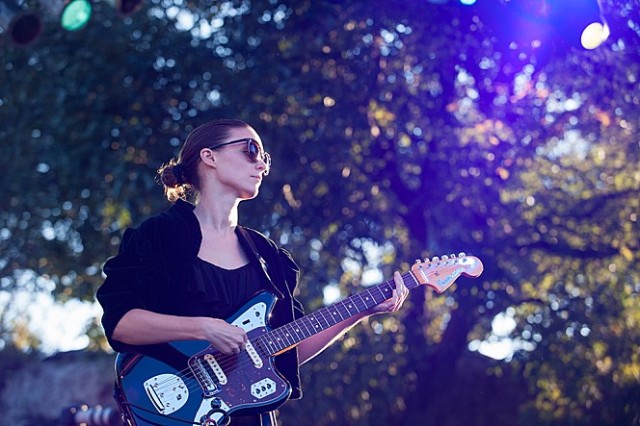 This entry was posted in Movies and tagged Music, Musician, Romance. Bookmark the permalink.