After watching “Spider-Man: Homecoming”, I thought about how fast things come and go these days. We thought it was over when Sam Raimi completed his Spider-Man trilogy in 2007, but then there came “The Amazing Spider-Man” (2012) and its 2014 sequel, and now we get another reboot here, which is better than “The Amazing Spider-Man 2” (2014) or “Spider-Man 3” (2007) but frequently hampered by several weak aspects including thin plot and superficial characterization. In short, this is no more than a product to fill another spot in the Marvel Cinematic Universe (MCU) franchise.

As many of you know, the movie is the first Spider-Man movie connected with the MCU franchise. After a deal was made between Sony and Marvel Studios a few years ago, Peter Parker/Spider-Man (Tom Holland) could be included in “Captain America: Civil War” (2016), and one early scene of “Spider-Man: Homecoming” summarizes what Parker went through in that movie via a series of video clips shot by him. While he is excited to be recruited by Tony Stark/Iron Man (Robert Downey Jr.), he is also thrilled to receive a new Spider-Man suit which is a lot better than what he has worn, and he is certainly eager to be a new member of Avengers.

However, Stark and his assistant Happy Hogan (Jon Favreau) think Parker is not ready for that, so Parker keeps doing his usual small heroic things around the city of New York while also trying to deal with several matters of his mundane adolescent life. He has been carrying a torch for a pretty girl named Liz (Laura Harrier), but he has hesitated to express his attraction to her although they have known each other as members of the academic decathlon team of their science high school. While he has managed to hide his superhero identity from others including Aunt May (Marisa Tomei), his close friend Ned (Jacob Batalon) finds it out on one day, and he surely shows lots of interest in Parker’s superhero abilities while mostly keeping his mouth shut. 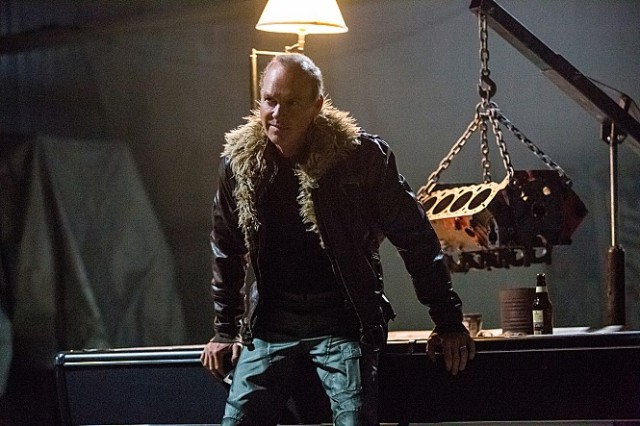 In the meantime, there comes a big trouble. Not long after he confronts a group of criminals armed with new kinds of weapons he has never seen before, Parker comes across Adrian Toomes/Vulture (Michael Keaton), who was initially a hard-working scrap scavenger but came to start his black market business with bits of alien technology after being pushed away from his big business opportunity by Stark Industries and the US government several years ago (Remember that massive alien invasion in “The Avengers” (2012)?). Watching Keaton appearing with a pair of big metallic wings on the screen, I could not help but think of his funny Oscar-nominated performance in “Birdman” (2014), but Keaton brings considerable intensity to his character nonetheless, who is not as memorable as Doctor Octopus or Green Goblin but feels menacing enough at least.

As Parker tries to stop his opponent, the movie gives us a number of action sequences, but most of them are not particularly impressive to say the least. Except a nice action sequence unfolded on a big ferry, the action sequences in the movie suffer from their rather mediocre special effects, and they are also little confusing at times due to choppy editing, which will be surely distracting especially if you watch the movie in 3D instead of 2D.

The director/co-writer John Watts, who previously made his first feature film “Cop Car” (2015), tries to keep things being afloat via light-weighted mood, and the screenplay written by him and his five co-writers succeeds to some degrees in case of several scenes involved with Parker and his school colleagues. These scenes feel genuine and enjoyable, and it surely helps that Holland, who is currently 21, looks young enough to play a teenager character. Beside conveying well his character’s irrepressible eagerness to prove himself, Holland is also believable as his character comes to learn some important lessons through his first big solo adventure, so nobody has to tell his character this time that with great power comes great responsibility.

However, most of the supporting performers surrounding Holland are under-utilized to my disappointment. Robert Downey Jr. simply appears a few times in the film as required, and so do Jon Favreau, Gwyneth Paltrow, and Chris Evans, who gives us a short but humorous moment at the end of the movie. Although it is nice to see minor supporting roles in the film being played by various notable performers including Donald Glover, Tony Revolori, Kenneth Choi, Michael Chernus, Hannibal Buress, Bokeem Woodbine, Logan Marshall-Green, Jennifer Connelly, and Abraham Attah, they do not have many things to do except filling their respective roles, and Marisa Tomei is seriously wasted in her underdeveloped role. I guess the movie tries to do something different with her character, but Tomei feels too sexy and vibrant for her role, compared to Rosemary Harris in Raimi’s Spider-Man trilogy or Sally Field in “The Amazing Spider-Man” and its 2014 sequel.

“Spider-Man: Homecoming” will probably appeal a lot to the fans of MCU movies as usual, but it does not have enough personality to distinguish itself from other recent Spider-Man movies. It merely functions as a prelude to another Spider-Man movie as well as other upcoming MCU movies including “Avengers: Infinity War” (2018), and I left the screening room with growing tiredness in my mind when it was over.

Is superhero movie really approaching to eventual collapse, as many film critics worried around the time when “The Avengers” came out? While “Wonder Woman” (2017) and “Logan” (2017) thankfully showed that there are still some new grounds to be explored, that alarming trend seems to be continued as exemplified by “Spider-Man: Homecoming”. The movie is watchable but forgettable, and I wish I could care more about it. 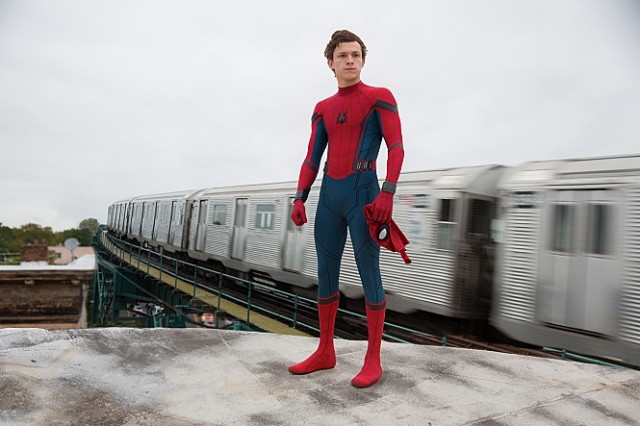