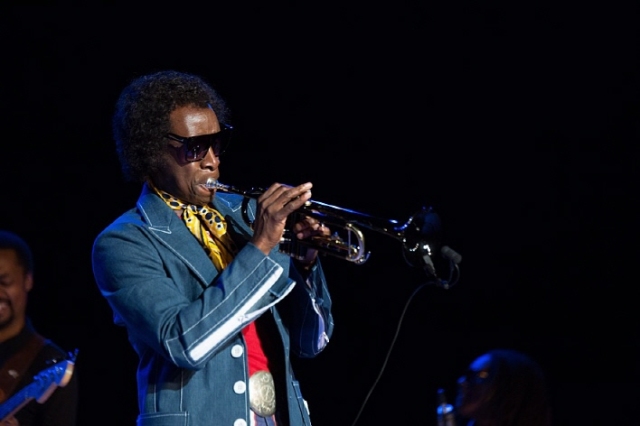 Shortly after the screening of “Miles Ahead” during this Saturday afternoon, I happened to have a brief conversation with one of the audiences. He pointed out how the movie was not so different from another recent jazz musician biography film “Born to Be Blue” (2015), and I could not agree with him more because I kept making comparisons between these two films throughout the screening. Like “Born to Be Blue”, “Miles Ahead” tries to do something different through its own improvisation, but it still feels like a conventional musician biography as dealing with many familiar elements you can expect from a troubled jazz musician’s life, and the overall result is less successful in comparison despite its admirable intention.

Its story casually moves back and forth between two different periods in the life and career of Miles Davis (Don Cheadle), one of the legendary American jazz musicians during the late 20th century. During the late 1970s, Davis has been in a self-imposed retirement status for years, and it looks like he reaches to the end of his career when he is visited by David Braden (Ewan McGregor), a Rolling Stone reporter who wants to scoop any good writing material from Davis. While his record company is still expecting him to make a comeback, Davis does not seem to be particularly interested in recording anything new for now, and his current life has been in disarray as reflected by his despondent appearance mixed with aggressiveness and drug addiction.

While their first encounter at Davis’ residence in New York City was not so pleasant to say the least, Braden accompanies Davis when Davis makes a surprise visit to his record company, and it turns out Davis has a recording session tape he made a few years ago. Many people are interested in that tape although Davis does not want to reveal its contents for now, and one of them is Harper Hamilton (Michael Stuhlbarg), a shady music producer who wants the tape for whatever he is planning behind his back. When Davis’ tape happens to be snatched by Hamilton later, Davis is determined to retrieve the tape by any means necessary, and Braden soon finds himself acting as a reluctant helper in Davis’ rather reckless attempt. 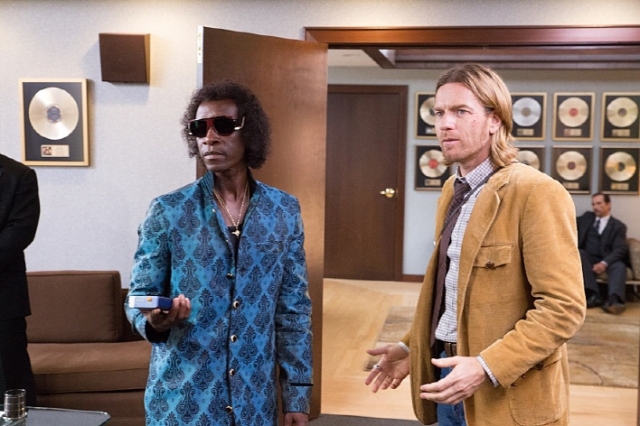 In the meantime, a series of occasional flashback scenes give us the glimpses into Davis’ relationship with his ex-wife Frances Taylor (Emayatzy Corinealdi) in the past. Although Davis was not that faithful to Frances even before their marriage in 1958, their love was evident when they met each other for the first time, and she even gave up her promising dancing career just because he demanded that not long after they married.

They have been happy together for a while since their marriage, but then, not so surprisingly, there comes a point where she begins to run out of her patience because of her husband’s personal problems. She becomes more frustrated about his continuing infidelity, and that leads to a big domestic fight between them. While struggling with drug addiction around their later years, Davis terrorizes Frances with his paranoia fueled by drugs, and that is when she finally decides that enough is enough.

The screenplay by Steven Baigelman and Don Cheadle, which was developed from the story written by Baigelman, Cheadle, and their two co-writers Stephen J. Rivele and Christopher Wilkinson, incorporates a considerable number of fictional elements into its free-flowing narrative intended to reflect the uncertain and hesitant mood of its hero. For example, Braden is a fictional character to function as our observer, and I must tell you that his potentially dangerous adventure with Davis during the second half of the movie is purely the writers’ creation. 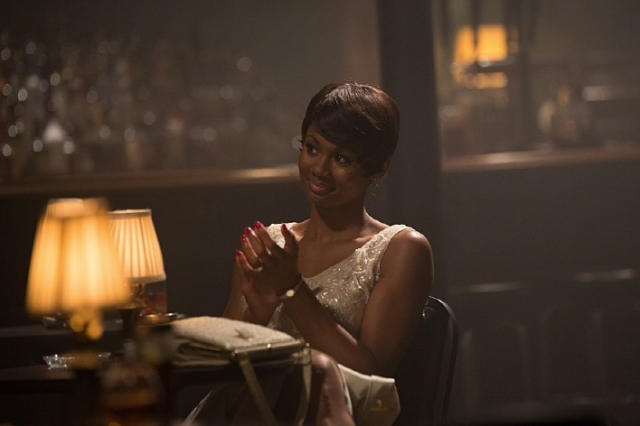 This is surely an interesting storytelling attempt for reaching to the human essence of its subject, but the movie somehow ends up merely scratching the surface on the whole. While constantly intertwined with each other like two rhythms being played together, its two main storylines do not generate enough narrative syncopation effect between them, and the finale feels lackluster especially when it eventually reveals the answer to the main curiosity in the movie.

Cheadle, who also directed and co-produced the film, gives an engaging performance to watch. Besides looking convincing during the musical performance scenes in the film, he humbly embodies his character while not stepping back from his character’s negative sides at all. It is indeed a cliché to say that some talented artists are difficult jerks, but Cheadle presents that conventional contradiction with honesty and respect, and he also provides a number of good musical moments including when Davis is trying to get a right performance as working closely with his studio session players. As we can expect from any movie about jazz music (or ‘social music’, as pointed out by Davis at one point in the film), the soundtrack is filled with numerous recognizable jazz pieces, and there is also a nice surprise to be enjoyed around the end credits.

“Miles Ahead” is deficient in several aspects including its underdeveloped supporting characters, and it is disappointing to see talented actors like Ewan McGregor, Emayatzy Corinealdi, Michael Stuhlbarg, and Lakeith Lee Stanfield being stuck with rote supporting roles. “Born to Be Blue” is a little more successful in its similar storytelling experiment in my opinion, but “Miles Ahead” is not a total waste of time thanks to its few better parts including Cheadle’s performance, and these two jazz music films will probably make an interesting double feature show together in their common ground. 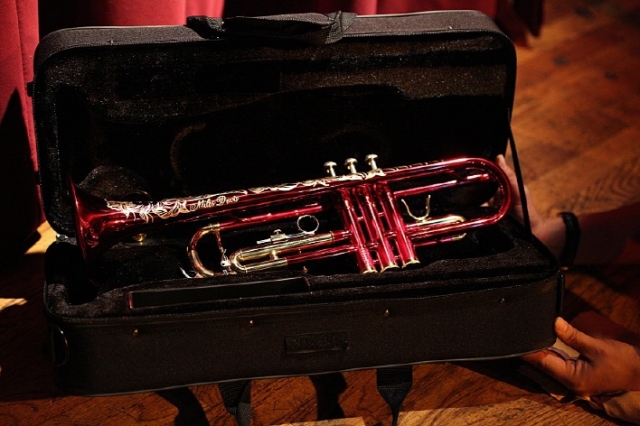