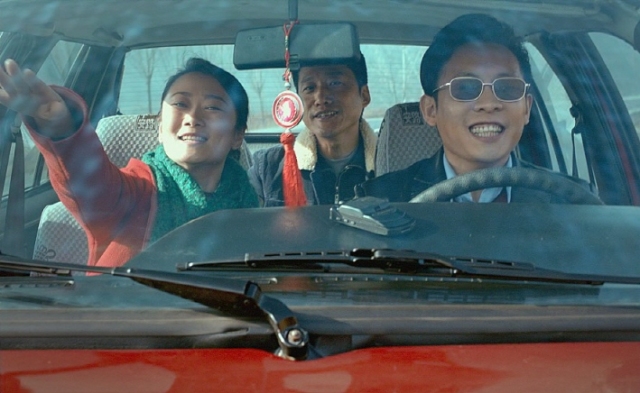 The first part of Jia Zhangke’s new movie “Mountains May Depart” may be the longest prologue I have ever seen during recent years. The title of the movie appears on the screen only after the end of this part, and that point is already more than 40 minutes after its opening scene. That feels odd at first, but this unorthodox storytelling choice makes sense as the movie looks around its main characters’ past, present and future as their world goes through rapid social changes which affect their lives in one way or another.

Set in a local Chinese city during 1999, the first part revolves around a triangle between Shen Tao (Zhao Tao), Zhang Jinsheng (Zhang Yi), and Liang Jangjung (Liang Jing Dong). They are young and hopeful just like many others in China as it is soon going to enter the 21th century with its rising global status, and the opening scene shows them exuberantly dancing together with others at a local nightclub as Pet Shop Boys’ “Go West” is played.

When Jinsheng decides to come closer to Tao rather than just being her friend, things become complicated mainly because Jangjung, usually called Liangzi, also likes Tao. Jinsheng is well aware of that from the beginning, so he makes what he wants clear to Liangzi, but Liangzi does not try much to stop Jinsheng, probably because he knows his disadvantages in their romantic competition. While Liangzi is merely a local coal mine employee, Jinsheng is a rich business guy with money to spend, and it looks like he will soon be richer than ever once he rides on a growing economic boom as planned.

In case of Tao, she feels conflicted as the relationships among her and her two friends become more strained. Although she does not refuse Jinsheng when he clumsily reveals his feelings toward her, she also cares about Liangzi, and that is why she feels hurt when Liangzi chooses to leave the city not long after she chooses to marry Jinsheng in the end. 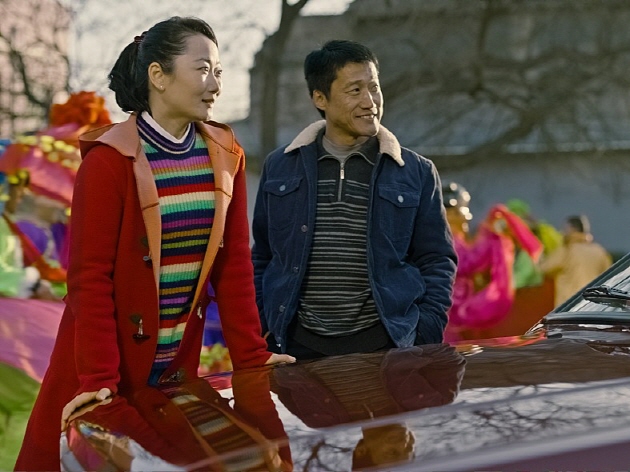 After Tao gives a birth to her son several years later, the movie moves forward to 2014 for its middle part. When we see Liangzi again, he still works as a miner while living with his own family in a different city, and everything mostly looks fine as he is going through his meager daily life, but he soon gets a bad news for his family as well as himself. He needs an expensive medical treatment due to his sickened lungs, and he and his family return to his hometown for getting any possible financial help from people who were close to him.

After hearing about her old friend’s illness from Liangzi’s wife, Tao visits Liangzi, and their quiet private moment is tinged with the bittersweet sense of loss and regret. After divorcing her husband several years ago, Tao has been leading her own life and business well in the city, but it still hurts her that she had to leave her young son at that time, who is currently living with his father and stepmother in Shanghai. At one point, she shows Liangzi how much she still remembers their good time, but they are not young anymore, and now their paths are being drifted apart further even during their reunion.

When a sad incident suddenly happens to Tao later, Zhao Tao, who is not only the director/writer Jia Zhangke’s wife but also his valuable artistic collaborator, is terrific as gracefully handling her character’s shifting emotional states. While quite devastated during the aftermath of the incident, Tao is glad to see her young son again when he is sent to her as requested, but then she has to accept that her son will be away from her sooner or later, and it is poignant to see how she tries as much as she can for spending more time with him.

The final part of the movie is set in 2025, and Tao’s son, nicknamed Dollar (Zijian Dong), now grows up to be a lad living in Australia, where he went along with his father not long after he saw his mother for the last time. We see a considerable gap between him and his father, who usually spends his time with fellow Chinese guys and can understand his son’s English e-mail message only through Google translator. When Dollar decides to quit his college education, his father is not so pleased about that, but Dollar sticks to his decision anyway although he still does not know what exactly what he wants to do with his life. 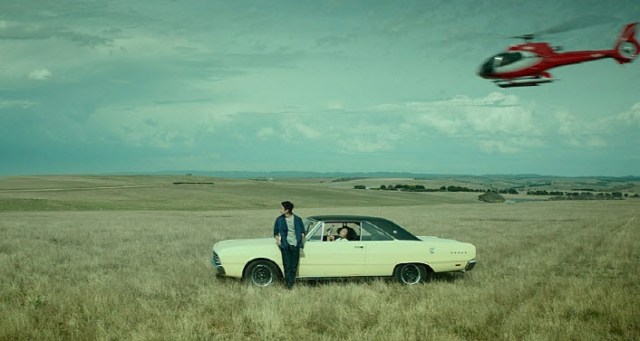 Compared to the other two parts preceding it, this part is far weaker as being without the most engaging character in the film. Its futuristic setting feels bland and heavy-handed while deficient in its own sense of time and space, and its mediocre characterization does not help much either. Dollar is a rather flat, colorless character, and his developing relationship with his middle-aged teacher played by Sylvia Chang is contrived while not contributing a lot to the whole narrative.

Nevertheless, “Mountains May Depart” is not entirely ruined by its glaring missteps, and Jia Zhangke shows here again that he is one of the most interesting filmmakers in China. When the movie works best, it shines with his gentle, thoughtful humanistic approach to story and characters, and it shows his deep care and concern over what the Chinese society has been going through. Changes may be inevitable, and it may not be good for everyone, but, as reflected by the last shot of the film, there is still some hope anyway. 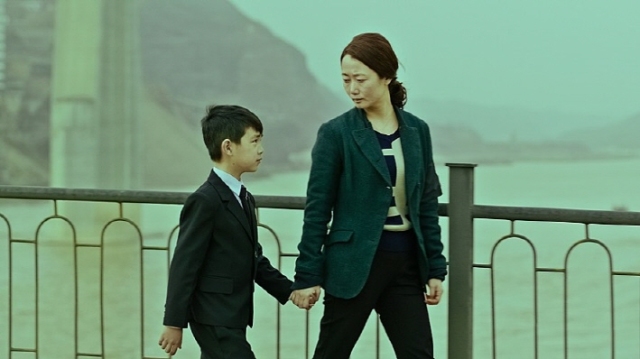 This entry was posted in Movies and tagged Family, Father and son, Mother and Son, Romance. Bookmark the permalink.