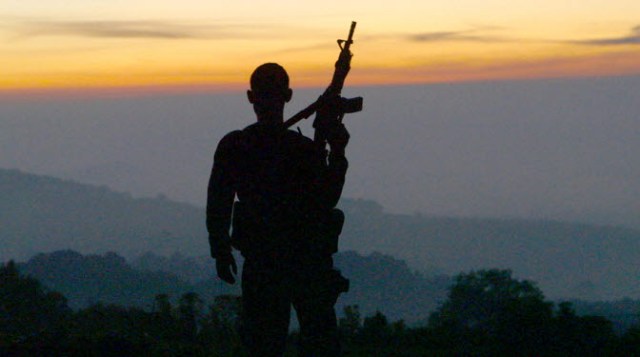 “Cartel Land”, which was recently Oscar-nominated for Best Documentary Feature Film, is sobering and disturbing to say the least. If you are already familiar with its subject through other movies and documentary films such as “Narco Cultra” (2013) and “Sicario” (2015), you will probably not that surprised by many terrible and despairing sights shown in this gritty documentary film, but it is fascinating to watch another dark side of the War on Drugs around the Mexico-US border, and the documentary confirms us again of how gloomy the current situation is for many people out there.

The documentary goes back and forth between its two vigilante leaders who decided to take the law into their own hands as a response to the ever-increasing drug-related crimes around Mexico and the Mexico-US border. Tim “Nailer” Foley is the leader of the Arizona Border Recon, and the documentary frequently shows him and his colleagues doing their routine patrol around Altar Valley in Arizona, which is nicknamed Cocaine Alley because this narrow, 84-km-long desert corridor has been often used by Mexican drug cartels as a route for bringing drugs as well as illegal immigrants into US. While nothing happens much during their patrols, Foley and his colleagues come across a bunch of illegal immigrants at one point, and we watch their usual procedure of handling captured illegal immigrants.

Foley believes that his paramilitary group stops Mexican drug cartels from endangering his state and country, but he and his colleagues do not have much good reputation around the area, and we naturally come to question the legitimacy of their vigilante activities around the border. Considering his hard, difficult life filled with many miserable moments, it seems his paramilitary group gives Foley some sense of purpose, and he tries to defend his position as emphasizing the increasing dangers around the border, but I must say that he and his colleagues look as ridiculous and dangerous as Ammon Bundy and his merry band of militants, though Foley is relatively pro-government at least.

The other vigilante leader is more interesting with a far more complex and dangerous circumstance, and he inevitably draws our attention more than Foley. He is Dr. Jose Mireles, and this small-town physician of Michoacán, Mexico, is tougher than his mild, avuncular appearance suggests. He is the leader of a local paramilitary group called the Autodefensas, and we look into the conflict between the Autodefensas and a local drug cartel called the Knights Templar as following the activities of him and his militant colleagues. We are told that the Knights Templar has terrorized many areas of Michoacán with its brutal criminal rampages on innocent citizens, and there is a heartbreaking scene showing the mass funeral for 13 family members and two other people who were savagely murdered just because of a small dispute between the drug cartel and a lime orchard owner.

Dr. Mireles and his colleagues are not so safe from the Knights Templar either. In another memorable scene, the wife of one dead Autodefensas member tells us how she was pushed into an unspeakable situation and then punished further through being left alive alone and still vividly remembering everything she was forced to watch during that horrible time. In the tense scene observing the capture of two key drug cartel members, one of the Autodefensas members loses his control in front of these two criminals because they are responsible for the death of many people including his own uncle.

During his early scenes, Dr. Mireles looks confident as the Autodefensas gets more supports from many people who have been frustrated with the ineffectual responses of their government they do not trust much. When a group of Autodefensas members happen to be interrupted by Mexican Army soldiers during one of their latest operations against the Knights Templar, local people begin to gather around for protest, and the soldiers eventually step out of the scene for avoiding troubles.

However, it is gradually revealed that the Autodefensas is not without problems. While Dr. Mireles is absent due to his recuperation process following a sudden accident, people start to complain that the Autodefensas is just another bunch with guns, and there also comes the pressure from the Mexican government, which demands the Autdodefensas to be incorporated into the government as the Rural Defense Corps. Dr. Mireles does not like this demand, but some other key members of the group think otherwise, and we begin to see the cracks in his charismatic leadership.

The director Matthew Heineman, who also handled the camera with his co-cinematographer Matt Porwoll, was permitted to delve quite deeper into the two worlds shown in his documentary, and it is rather amazing that he and his crew were allowed to shoot some of the unsavory moments in their film. While we come to learn about Dr. Mireles’s personal flaws, there is an alarming sequence involved with a seemingly innocent citizen who is arrested and then interrogated by an aggressive Autodefensas member, and we even witness the inside of a drab place where arrested people will be squeezed for any information about drug cartels (it will be an interesting moral question whether filmmakers knew what was going on around them when they shot this moment, by the way).

“Cartel Land”, which won the Best Director Award and Special Jury Award for Cinematography in the US Documentary Competition at the Sundance Film Festival early in last year, is tough and uncomfortable to watch, and it is not entirely successful with its narrative structure, but I recommend this well-made documentary anyway for the vivid, urgent presentation of its serious subject. Something should be really done about this futile, destructive war where violence leads to another violence, but, seriously, will that ever happen? 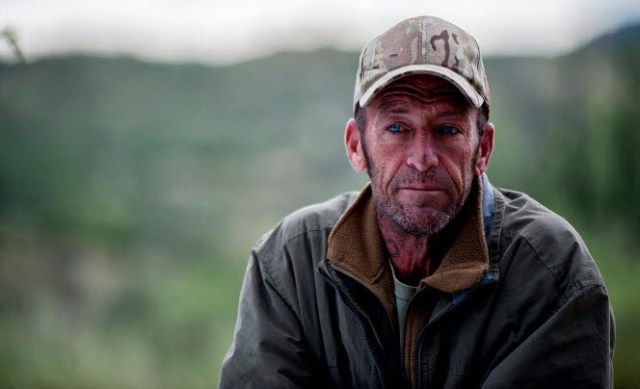 This entry was posted in Movies and tagged Crime, Documentary, drug, Murder, Vigilante. Bookmark the permalink.