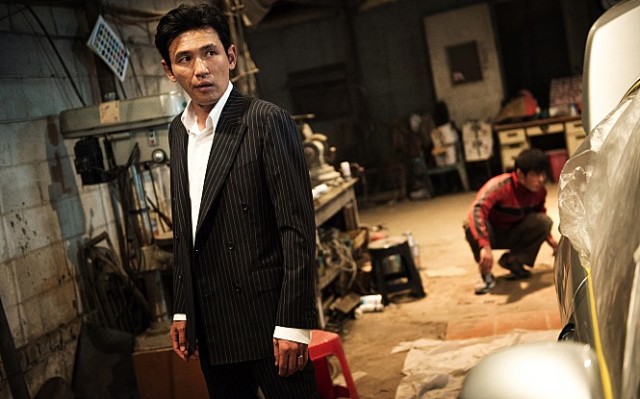 South Korean film “Veteran” is slick and competent in its technical aspects, and it has a fair share of good moments which do show its fillmmakers’ considerable efforts put behind them. As a matter of fact, I would rather watch a documentary showing their work on the set, and I think that will be more interesting than the movie itself, which I did not enjoy enough while frequently distracted by its weak points including thin characterization.

Hwang Jeong-min plays Seo Do-cheol, a tough, simple-minded cop who is in the middle of a sting operation when he strides into a shady used car shop during the opening sequence fluidly following his movement. After arresting a bunch of auto theft gangs later, Do-chelo and his fellow cops come to acquire the information about a bigger target to catch, and they immediately move onto the next step. When everything is set during one of the major action sequences in the film, Do-cheol and his colleagues immediately make a surprise attack on their suspects, and we get a nice chase scene when Do-cheol runs into a maze of containers for catching a couple of suspects.

While enjoying the resulting success with his colleagues, Do-cheol is invited to a luxurious private party thanks to his involvement in the production of a popular TV cop drama, and that is how he is introduced to Jo Tae-oh (Yoo Ah-in), the young son of a very powerful plutocratic figure. Their first encounter is not very pleasant to say the least. Right in front of Do-cheol, Tae-oh cruelly and crudely humiliates two women sitting near him, and nobody dares to stop this spoiled rich prick because he is the one with money and power. It goes without saying that Tae-oh is another bad guy to catch for Do-cheol, who leaves rather quietly but gives an unsubtle warning to Tae-ho. 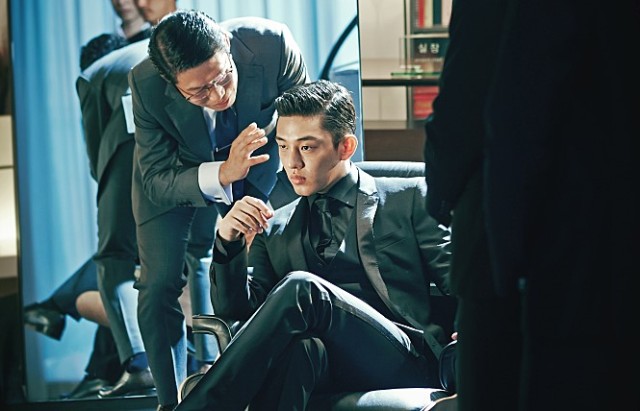 Of course, that warning does not deter Tae-oh from doing a very cruel thing to a trucker who was simply protesting against the unfair treatment on him and other truckers in front of Tae-oh’s family conglomerate building. After the trucker and his young son, who happens to be there with his father, are taken to Tae-oh’s office, Tae-oh gleefully pushes the trucker into a sadistic circumstance of utter humiliation, and he even forces the trucker’s son to witness it all during this very disturbing scene.

Shortly after that, the trucker’s unconscious body is found under a suspicious circumstance. After learning of this news, Do-cheol feels guilty about not being able to help the man who helped him a bit during his sting operation, and he becomes more determined to arrest Tae-oh for himself, but his direct boss and other superiors are understandably reluctant to delve into the case. Although Tae-oh’s father is currently under investigation, his family conglomerate still can pull the strings behind its back, and Do-cheol soon realizes how much powerful his opponent is. He is warned by his superintendent not to meddle with the case, and then he suddenly finds himself being interrogated by the internal investigation division. At one point, his long-suffering wife is approached by Tae-oh’s right-hand man, and he surely has something to give her only if she can do something for him in exchange.

As Do-cheol becomes more persistent in his pursuit of justice with increasing risk, “Veteran” serves us with a number of intense action scenes, and the director/writer Ryoo Seung-wan, who has been known well for his several entertaining action films such “The City of Violence” (2006) and “The Berlin File” (2013), does not disappoint us in his skillful handling of these action scenes. The busy physical fight scene unfolded within a shabby apartment is tense and brisk with its clear sense of space and movement, and you can see that the actors really put themselves into actions. The vehicle action sequence around the climax part is gritty and impactful as we watch real vehicles getting hit on the screen, and then it is quickly followed by another action sequence to watch. 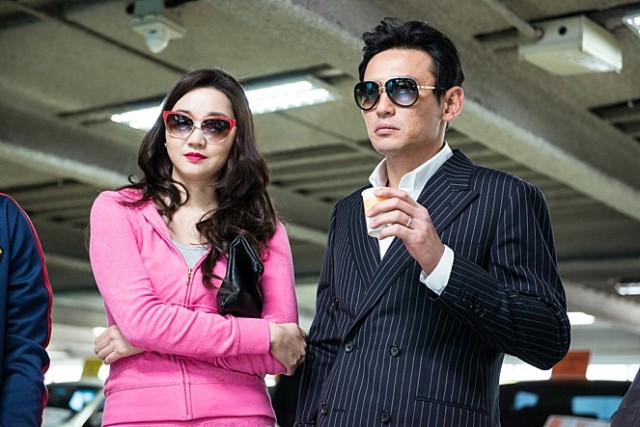 While I appreciated these moments on the technical level, I also found it difficult to care about the story or characters. Hwang Jeong-min is an engaging actor, but he played more interesting cop characters before, and Do-cheol became pretty tiresome to me as I observed that his detective work mainly consists of swaggering and raising his voice in front of others. I can accept that he is not that smart, but he monotonously dashes toward his opponent again and again like a Duracell bunny, until someone finally presents an important clue to what really happened to the trucker (how can his feeble brain infer everything shown during a certain flashback scene from that clue, I wonder?).

Trying very, very hard in his against-the-type role, Yoo Ah-in diligently chews every minute of his scenes as if he warmed himself up for playing Tony Montana, but his character is merely repulsive and obnoxious in one-note fashion rather than formidable or menacing in interesting ways, and it is regrettable that the movie lets his character go downhill too easily in the end. The supporting roles in the movie are filled by a group of recognizable South Korean actors including Jeong Man-sik, Cheon Ho-jin, Song Yong-chang, Jin Kyeong, Yoo Hae-jin and Oh Dal-soo, and Oh Dal-soo and Yoo Hae-jin, two of the most dependable South Korean supporting actors at present, ably handle their thankless roles with their own distinctive screen presences.

I cannot recommend “Veteran” because of its aforementioned shortcomings which make it less enjoyable compared to Ryoo Seung-wan’s previous works, but, considering the reactions of the audiences around me during the screening I attended, I think you will probably enjoy it more than me if you do not have any problem with what bothered me in the film. After all, isn’t it always fun to see a 1% scumbag getting what he deserves? 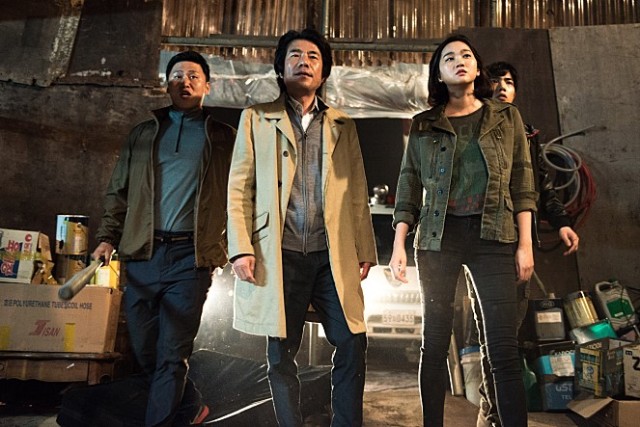 This entry was posted in Movies and tagged action, Detective, South Korean Film. Bookmark the permalink.