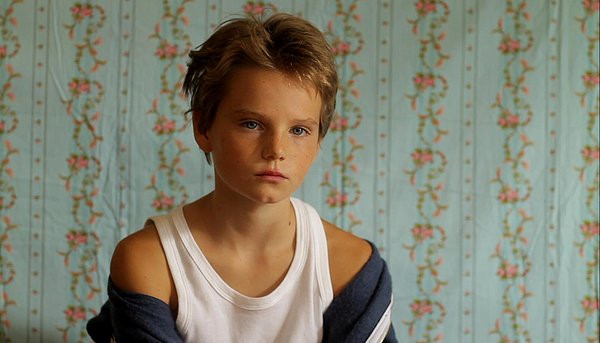 If you do not have any information about “Tomboy”, you may mistake its young main character for a boy during its opening scene. With short hair style and boyish attire, this young girl nearly at the end of her pre-adolescence years is easily accepted by other kids as a new boy in the neighborhood, but it goes without saying that there will be the inevitable point where her disguise cannot be maintained any more. She is surely happy to hang around boys, but does she have any idea about the consequences of her action?

When we meet Laure (Zoé Héran) and her family, they are moving to some suburban apartment building, and we get to know more about this loving family as they settle in their new residence. While he is usually busy due to his new job, Laure’s father (Mathieu Demy) is a kind and generous dad to his two daughters, and there is no constraint between him and them when they spend time together. Laure’s mother (Sophie Cattani), who is going to give birth to their new family member, does not mind about Laure’s tomboy appearance, but she sometimes wants her daughter to hang around with girls rather than boys. For her little sister Jeanne (Malonn Lévana), Laure is always someone to lean on, and some of the warmest moments in the movie come from the affectionate sibling interactions between them.

When Laure meets one of the kids in her new neighborhood, she makes an impulsive decision of disguising herself as ‘Mickäel’. Lisa (Jeanne Disson) a pretty girl who looks more mature compared to Laure, quickly becomes her new friend, and then ‘Mickäel’ befriends other boys in the neighborhood through Lisa. Laure is initially a bit reluctant to join boys as watching them playing together, but, once she sees that her lean, immature body does not look that different from boys’ bodies except one certain body part, she takes further forward steps in her disguise as having more fun with boys. When she needs a swimming suit, she prepares it for herself, and we get an amusing moment when she tries a chunk of toy clay for another part of her disguise. 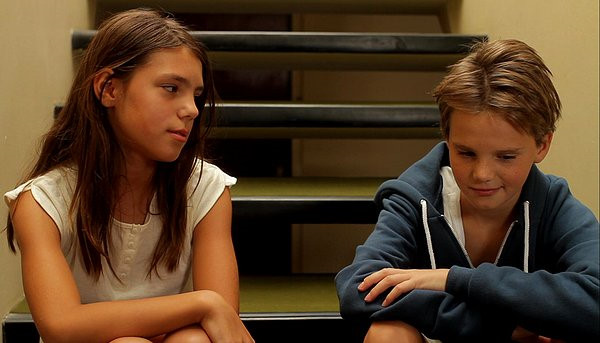 However, Laure does not tell her parents about her deception while maintaining her false identity in front of other kids. Her parents, who understandably remains occupied with each own matters, think their daughter is doing all right in her adjustment to a new environment, but then her little sister happens to discover what is going on when Lisa visits Laure’s house to see Mickäel. Young actress Malonn Lévana is wonderful in this very brief but crucial moment, as her silent confused face tells us everything about how Jeanne feels about her sudden discovery.

Meanwhile, Laure and Lisa become closer to each other. Lisa seems to want something more than friendship from her new friend who looks prettier than other boys, but Laure’s secret is bound to be exposed sooner or later. Their summer is being nearly over, and they and the other kids will soon be back in school again. At one point, Lisa wonders why she could not find Mickäel’s name in the student list of her school – and her school is only school in their neighbourhood.

While there is a certain amount of suspense below the surface, the movie smoothly flows with its warm, joyous mood of summer days thanks to the sensitive direction by the director/writer Céline Sciamma, who won the Teddy Jury Award for this film at the Berlin International Film Festival. Her young performers look natural and spontaneous on the screen, and most of their outdoor scenes are filled with the vivid sense of joy and freedom as they play around each other with bright summer sunshine above them. We were once such kids like them, and these scenes may remind you of when those summer days seemed endless for you and your friends until school days returned with autumn. 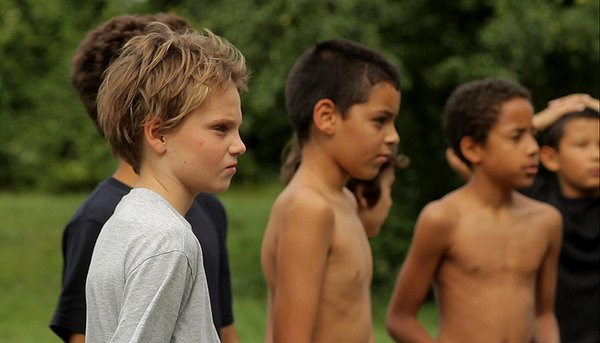 As the center of the film, young actress Zoé Héran is terrific in her remarkable nuanced performance as a girl who simply behaves according to the need she does not fully understand yet. Although she does not have a very clear idea about what she wants, Laure gropes for her burgeoning sexuality bit by bit through her rather reckless attempt, and Héran is compelling to watch as Laure manages to maintain her disguise with the constant possibility of getting herself exposed. As a smart girl, she probably knows from the beginning that her deception will not last long, but we understand how she inadvertently gets herself into complications, and we become more worried about what might happen in the end.

One notable thing about the film is how much Laure’s family is at ease with Laure’s sexuality. Her parents have accepted her as who she is, and we notice that Laure’s bedroom looks more like a boy’s while nobody in her household has a problem with that. There is also something touching about her little sister’s decision on how to deal with Laure’s masquerade. Jeanne does not mind having a big brother instead of a big sister, and she helps her ‘brother’ directly and indirectly as having her own good time outside. Kids may be pretty innocent, but they sometimes perceive matters more clearly than us with better judgment.

With its simple but sublime storytelling and excellent performances, “Tomboy” is a superlative coming-of-age drama which depicts its young heroine and other characters surrounding her with lots of care and affection. It will not be much of a spoiler to tell you that there will be several hard moments later in the story, and, like many boys and girls in coming-of-age drama, Laure comes to learn something from her summer days to remember. It remains uncertain how her experience will influence her ongoing progress to adulthood in the following years, but we all know that her family will stand by her no matter who she grows up to be. 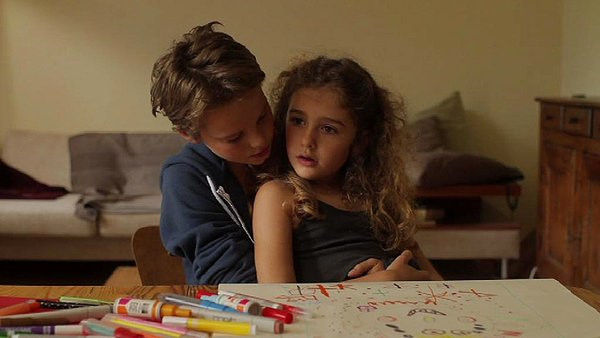 This entry was posted in Movies and tagged Children, Friend, Gender. Bookmark the permalink.