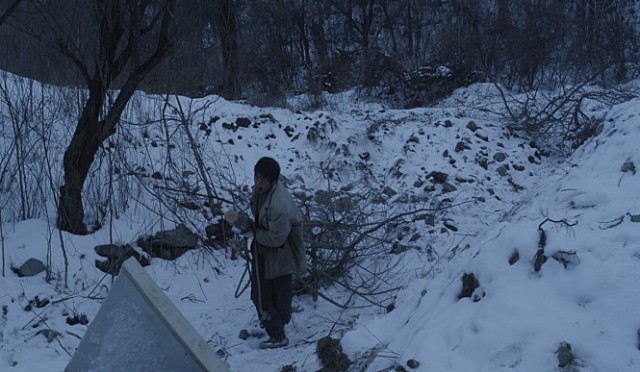 Life is hard and difficult for the desperate hero of South Korean independent film “Alive”, a gloomy social drama about the endless struggle and frustration in the gray harsh world where people are bound to find themselves against the wall in one way or another. He tries hard as he always did before, but nothing is changed for him. And then he decides to be far harder and tougher than before, but he is still at where he has been – with more despair and frustration. This is utterly hopeless and suffocating, but what alternative does he has, besides trying to be alive in this overwhelmingly exhausting human condition?

It is around the middle of winter, and Jeong-cheol (Park Jung-bum) is in a very difficult circumstance. He has been working at a construction site along with his mentally retarded friend Myeong-hoon (Park Myeong-hoon), and Myeong-hoon’s older brother, who was the foreman at this workplace, recently ran away with a substantial amount of wage which was supposed to be given to Jeong-cheol and his co-workers. Because his connection with Myeong-hoon, the co-workers begins to be suspicious of Jeong-cheol, and they even accuse him that he is involved in this theft. Just for proving his innocence, Jeong-cheol commits a cruel, heartless thing when he and others visit the nearly abandoned residence of Myeon-hoon’s brother and then find that it is occupied only by the young son of Myeon-hoon’s brother.

And this problem is only one of many difficulties in Jeong-cheol’s daily life in a rural mountain area far from Seoul. His family home, seriously damaged by a natural disaster during last summer, is barely maintained despite his efforts (he usually sleeps in a tent set inside the house), and the same thing can be said about his depressing family life. His parents died not so long ago, and his mentally unstable sister Soo-yeon (Lee Seung-yeon) is a lousy mother to her daughter Hana (Shin Haet-bit). As a young girl who grows up too early in her deficient childhood environment, Hana has no illusion on her problematic mother, and she mostly depends on her uncle, who has been more like a father to his niece in the absence of her father she never knew. 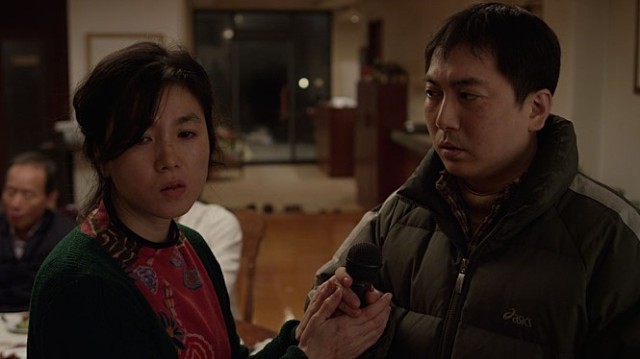 Soo-yeon has some aspiration for acting career, but, at least in my opinion, she is not a good actress, and she pushes method acting too far during one disturbing scene. She prepares herself through beating herself hard with wooden branches, but that does not work well for her when she goes to one audition for a stage play. In addition, she frequently runs away and then returns later as her mental illness becomes more serious, and Jeong-cheol is running out of patience even though he feels obliged to take care of her as her brother.

When there seems to be no way to earn money for Jeong-cheol and his family, there comes a chance which may make his life a little better if he uses it well. Soo-yeon has recently worked as a maid for the owner of a local soybean malt factory, and Jeong-cheol manages to convince the owner to hire him and Myeong-hoon. Once he sees that there is another opportunity to make more money for him, he becomes determined to go further – even if that means he must be very harsh to other poor people who are economically desperate just like him.

Such a sad, despairing struggle in grim reality like that is a familiar territory for the director/writer Park Jung-bum, who previously made an impressive debut with “The Journal of Musan” (2010). That harrowing film, which I chose one of the best South Korean films in 2011, is a melancholic tale about one North Korean defector in the lower stratum of South Korean society, and the fact that it was partially inspired by a real North Korean defector’s short life makes the movie sadder. The society welcomed him when he crossed the border as risking his life, but now it disregards him as if he were an expendable second-rate citizen, and his story feels all the more tragic as he eventually comes to accept that he must do anything for his social survival. 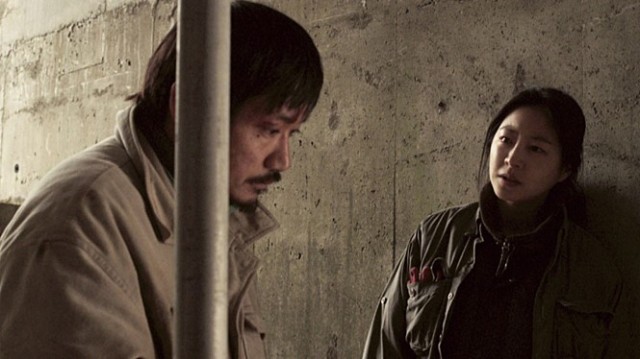 Like his previous film, “Alive” gives us the gray impression of hard life mainly through its plain, realistic approach to its story and characters. Park and the other actors playing the daily workers in the film look convincing as low class workers struggling to earn every day of their difficult life, and the cold, barren ambience of wintry backgrounds further accentuates the aura of desperation and hopelessness surrounding the characters in the film. While the cinematographer Kim Jong Seon’s camera usually sticks close to characters under Park’s austere direction, there are a number of visually haunting moments such as when Jeong-cheol is doing woodcutting alone in a remote winter forest covered with snow.

While providing the emotional center to hold through his restrained lead performance which refuses any pity or sentimentality, Park also drew good performances from most of his cast members. Lee Seung-yeon and Park Myeong-hoon ably handle their difficult characters with more complex sides than expected, Lee Eun-woo is Jeong-cheol’s frigid girlfriend who has no problem with getting any chance to earn more, and Park Hee-bon is a woman who can be more ruthless to her father’s factory employees in the name of survival. Young actress Shin Haet-bit is also excellent as a young girl who has a fair share of her own disappointment and frustration just like her uncle, and she is particularly wonderful when the movie relies solely on her performance during a couple of crucial scenes.

Its running time, which is around 170 minutes, is a little too long, and I became a bit impatient as it often stumbled during its imperfect third act. There are other small flaws including a couple of strained supporting performances which feel awkward compared to the other ones in the film, but “Alive” remains as the commendable second work from a promising South Korean filmmaker to watch. It is hardly a pleasant experience, but it lets us have empathy on its struggling hero and a few other characters, and it surely earns a small glimmer of hope and redemption during its understated finale reminiscent of that powerful ending of the Dardenne brothers’ “The Son” (2002). Life can be very difficult, but that does not mean you have to lose the capability of kindness and compassion to others. As you will see, that simple but important moral lesson is learned in a hard way in the end. 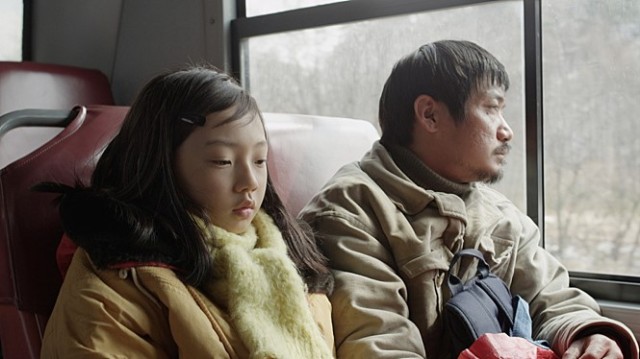