The real-life story told in documentary “The Green Prince” is as dramatic as any thrilling spy movies. Here is a man working against almost everything which had defined his social/political background, and it is interesting to hear his remarkable story respectively from him and a person who was the only one he could depend on during those dangerous years.

Their relationship began around the late 1990s when the conflict between Israel and Palestine had just entered another violent phase followed by the assassination of Israeli Prime Minister Yitzhak Rabin in 1995. As things got worse for him and others in Palestine, Mosab Hassan Yousef, who was 17 at that time, was eager to do something for his country, and he was ready to follow the footsteps of his father Sheikh Hassan Yousef, who was one of the respected founding members of Hamas.

But Yousef never imagined that he had already been drawing special attentions from the Israeli security agency, the Shin Bet, as one of possible targets to be recruited. Once they got the chance to capture him at the right moment, Yousef was swiftly sent to prison, and that was how he encountered Gonen Ben Yitzhak, a Shin Bet agent who instantly recognized Yousef’s great potential as an informer and then deliberately nurtured it step by step. Their relationship was not very stable at first, but Yousef became more willing to work for the Israeli government especially after witnessing how Hamas prisoners cruelly tortured and killed exposed informers in the prison. He began to have growing doubts on Hamas’ violent tactics including suicide bombings which were openly condoned by his father and other prominent Hamas leaders, and he came to believe that working with Yitzhak was a right thing to do for his family and others in Palestine. 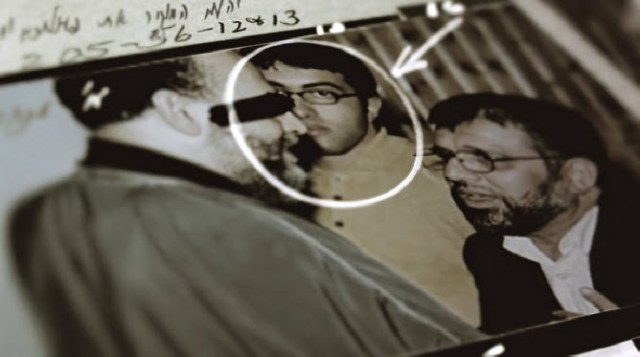 After he was released, Yousef carefully prepared as instructed by Yitzhak. While making no secret about how he was approached by Israeli agents in the prison, he did not draw any suspicion as the dutiful eldest son of his father, and he soon became a crucial member of his father’s inner circle. Any important information circulated around the Hamas leadership was always bound to be delivered to Yousef’s father sooner or later, and Yousef was usually the one who delivered it directly to his father. His father trusted his son more than anyone in his organization, and that is reflected well by one episode involved with an anonymous letter which was sent by Yousef for a certain purpose.

As Yousef showed more of his value as an informer, Yitzhak and others in the Shin Bet took more caution for covering him as much as they could. Not many people knew about the true identity of ‘The Green Prince’ even in the Shin Bet, and Yitzhak also made it sure that Yousef’s fake loyalty was never questioned within Hamas. Just like his father, he was frequently arrested and imprisoned, and he eventually became one of the most wanted men on the Shin Bet’s watchlist. Thanks to a valuable piece of information from Yousef, Yitzhak and his colleagues came upon a very good chance for the success of their mission at one point, but they decided to throw it away at the last minute to protect Yousef. They knew what would happen as a consequence for that, but they also knew that they could not expose their indispensable source who would help them more – and he really did.

The movie is based on “Son of Hamas: A Gripping Account of Terror, Betrayal, Political Intrigue, and Unthinkable Choices”, which was written by Yousef himself after managing to end his informer career and then moving to US in 2007. Very candid about his past in front of the camera, he even tells us a shameful childhood memory he kept secret even from his family, and it can be said that he was already accustomed to how to cover himself from others even before he was recruited by Yitzhak. Although he cannot possibly return to his homeland for now, he does not regret anything about what he did for saving many people including his own father, who understandably disowned his son not long after his son’s public exposure.

On the opposite, Yitzhak is equally frank about what he felt and thought during his time with Yousef, and it is rather touching to see how these two different people became far closer to each other than expected despite many uncertain factors surrounding their covert relationship. While he knew well that he had to maintain that shifty professional balance as Yousef’s handler with equal amounts of care and tact, there were times when Yitzhak crossed the lines for holding Yousef closer to him, and he eventually came to care a lot about Yousef. When he learned of Yousef’s desperate situation later, Yitzhak made a risky decision which would affect his life and career, and that solidified their long relationship more than ever.

Going back and forth between Yousef and Yitzhak, the director Nadav Schirman mixes their interview parts with enactment sequences and archival footages, and his documentary is engaging to watch as providing another interesting look into the ongoing conflict between Israel and Palestine. Although he is only shown through archival footages, Sheikh Hassan Yousef comes to us as another important part of the story, and I could not help but think that the documentary could have been more interesting (and more objective, perhaps) if it had also looked at the story from his viewpoint, though that was certainly impossible from the very beginning.

Regardless of your view on its subjects, “The Green Prince” has a well-made documentary equipped with a compelling story which holds your attention for its fascinating aspects. It remains an open question whether Yousef’s big personal sacrifice was worth as much as he and his handler believe, but we may say that there is still hope at least, considering their close relationship which ultimately changed both of their lives.

This entry was posted in Movies and tagged Documentary, Father and son, Informer, Terrorism, War. Bookmark the permalink.