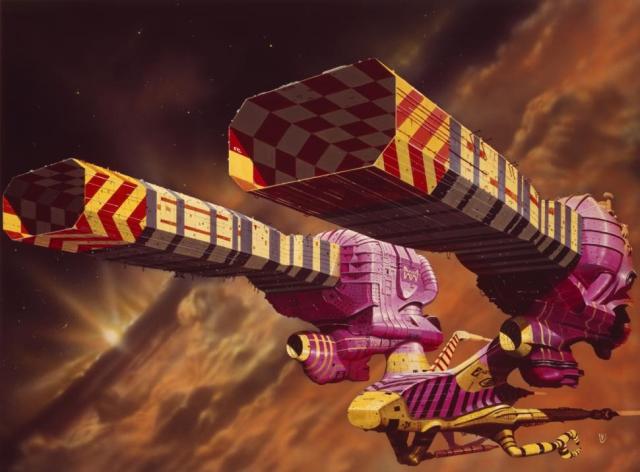 One of my fond memories involved with an arthouse movie theater near my KAIST campus, which is gone now, is involved with a double feature showing of Alejandro Jodorowsky’s “El Topo” (1970) and “The Holy Mountain” (1973). The promotional leaflet given to me at that time boldly proclaimed “Don’t you ever imagine anything!”, and his movies did gave me many bizarre imaginative moments to blow my mind, which are still remained vividly in my mind for their weird, striking impressions. These movies were really something new to be watched by any serious movie audiences, and they led me to Jodorowsky’s another masterwork “Santa Sangre” (1989), which is also filled with memorably odd moments to talk about.

Frank Pavich’s respectful documentary “Jodorowsky’s Dune” focuses on Jodorowsky’s big career disappointment which happened during the period between “The Holy Mountain” and “Santa Sangre”. Thanks to the considerable cult success of “El Topo” and “The Holy Mountain”, Jodorowsky became more confident about his next spiritual/artistic cinema adventure, and that was how he came to pay attention to Frank Herbert’s famous SF novel “Dune”, which is the first chapter of Herbert’s long SF saga.

In front of Pavich’s camera, Jodorowsky, who still looks vivacious despite his old age (he is soon going to be 86 in this year), is ready to tell and show everything about his creative process which was sadly aborted in the end. He shows us a very big book containing countless conceptual designs which could have been evolved into something very fantastic on the big screen, and you may be surprised to learn that he and other talented artists envisioned such marvelous things even before the era of “Star Wars” (1977) arrived later.

As some of you know, Jodorowsky was a man of wild, uninhibited imagination even during the early years of his artistic career. His very first film, “Fando y Lis” (1967), was casually made by him and his small crew with no permission from the Directors Guild in Mexico, and the end result was so sensational in many of its bizarre moments that its premiere induced very violent reactions from the local audiences and then it was eventually banned in Mexico. Undeterred by this, Jodorowsky moved more boldly than before, and the scenes excerpted from “El Topo” and “The Holy Mountain” reminded me again of how wonderful it was to experience these two mesmerizing cult films together in 2007.

Even though he had some struggle during his reading of “Dune”, Jodorowsky soon became convinced that he could make something great and awesome out of Herbert’s novel, and, after easily obtaining the film rights to the novel from Hollywood, he recruited a number of artists willing to work with him while eagerly supported by his producer Michel Seydoux. With French cartoonist Jean “Moebius” Giraud, he carefully planned how to film many important scenes in his sprawling adapted screenplay through their storyboard sketches, and then British illustrator artist Chris Foss and Swiss set designer H.R. Giger joined later to provide more conceptual designs to further enhance Jodorowsky’s ambitious vision. Rock band groups Pink Floyd and Magma were persuaded to provide the music, and Dan O’Bannon was recruited for special effects after Jodorowsky decided Douglas Trumbull, who became a prominent special effects master after his monumental work in Stanley Kubrick’s “2001: A Space Odyssey” (1968), would not fit into his project mainly due to Trumbull’s, uh, lack of spirituality.

While O’Bannon is mostly represented by his words and his widow due to his death in 2009, we hear more about that fascinating pre-production process through the interview clips of Seydoux, Giraud, Foss, and Giger, who incidentally died not long after the documentary was released in US theaters. Propelled by Jodorowsky’s passion every day, they went wildly with imagination just like him, and the documentary provides not only the wonderful glimpses into their bountiful conceptual designs but also a number of interesting animation scenes based on the storyboard sketches which were drawn during that time.

And we hear some amusing behind stories about the casting. Jodorowsky’s son Brontis, who already appeared with his father in “El Topo”, was cast as the lead character, and Brontis gladly tells us about how much he prepared for his role which would have probably been demanding to any adolescent actor. While David Carradine and Mick Jagger were easily cast in their respective film roles, it was more difficult to persuade Salvador Dali and Orson Welles, and we get a funny story about how Jodorowsky managed to make Welles agree to appear in his film despite Welles’ reluctance.

When everything seemed to be almost ready for the first step into the production, the process was suddenly halted to the dismay of everyone involved with the project, and that disappointing end still hurts Jodorowsky a lot. The film rights to Dune was eventually passed to Italian producer Dino De Laurentiis, and that led to the 1984 film directed by David Lynch, an impressive ugly cinematic disaster which was the bottom for nearly everyone in the film including Lynch.

At least, besides getting a small last laugh thanks to the big failure of Lynch’s film, Jodorowsky and his collaborators got small but meaningful consolations as watching how their brief but exciting joyride of creative artistic imagination has influenced subsequent SF movies. For instance, you can easily recognize how Giger’s strikingly disturbing conceptual designs for Jodorowsky were ultimately flowered into what we saw in “Alien” (1979), and the documentary emphasizes how much other famous films are also influenced by Jodorowsky’s collapsed project in one way or another.

While several notable filmmakers and film critics keep talking about how awesome its final result would have been, I came to have some skepticism for several reasons (how many audiences are willing to a movie with the running time of, say, 10 hours?), but those marvelous details inside Jodorowsky’s unfulfilled vision are undeniably fascinating to watch, and that makes “Jodorowksy’s Dune” into an informative and entertaining experience. As told at the end of the documentary, Jodorowsky recently stroke back with his new film “The Dance of Reality” (2013) after long years of silence, and I certainly don’t dare to imagine anything about it before watching it.

This entry was posted in Movies and tagged Documentary, Filmmaking. Bookmark the permalink.