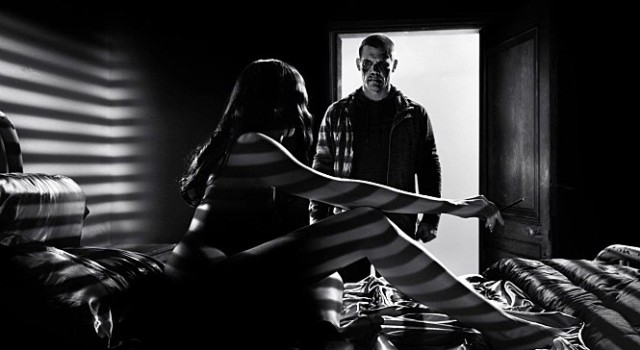 Welcome back to Sin City, that dark, seductive noir world where lonely tough guys walk around its mean streets and sexy but lethal ladies are ready to seduce them at its every shady corner with troubles and dangers to come. Effectively bringing us back to that memorable world which impressed me and other audiences in “Sin City”(2005), “Frank Miller’s Sin City: A Dame to Kill For” gives us more of the same style we experience before, and that was fine with me for a while, but, sadly, it looks more like a bunch of footnotes to its predecessor. It certainly looks good, but it lacks that visceral energy we experienced from the 2005 film, and that deficient aspect is further magnified by its weak stories which do not hold our attention a lot.

After its prologue sequence which shows another violent, confusing night experienced by one of its main characters, the movie begins its first story with Johnny(Joseph Gordon-Levitt), a young, cocky gambler who looks quite confident about his luck and dexterity. As soon as he arrives in Sin City, he goes into a shabby strip club and then promptly participates in a high-stake poker game which is being held at a hidden room in the club building. He has just gotten enough money for the game thanks to his usual luck, and he is ready to win like he always did.

The room is full of people whom he should not mess with at any chance, but Johnny does not seem to worry about the possible danger he might get into – even when he happens to have the final showdown with Senator Roark(Powers Boothe), a corrupt politician who is also the most powerful man in the city. When he eventually defeats Senator Roarke, Johnny unwisely thinks he can handle the resulting risk, and he soon finds himself tumbled into a very serious trouble which will punish him with no mercy. 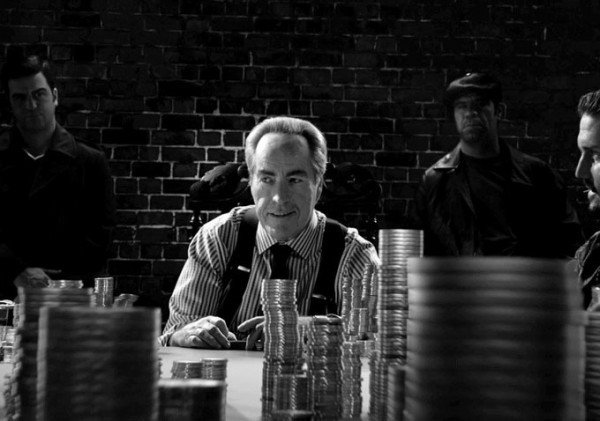 The second story is about Dwight, a private detective character we encountered in the previous film(While he was played by Clive Owen in that film, he is played by Josh Brolin in this film). Not long after he finishes one of his usual dirty jobs, he gets an urgent call from his former lover Ava(Eva Green), and our hardboiled detective hero cannot possibly say no to this treacherous woman who still can put him under her sensual spell in spite of their rocky past. While she lives in luxury thanks to her recent marriage to some rich guy, she wants his help right now, and Dwight decides to accept her alluring plea even though it does not look a wise decision to say the least.

Of course, it eventually turns out that Ava has a diabolical plan for herself as your typical femme fatale, and we are served with tons of familiar noirish shots further spiced up by sex and nudity which were surely unthinkable during the era of Hollywood classic noir film. True to Frank Miller’s graphic novel it is based on, the movie throws us into a highly stylized CGI world drenched in black and white film atmosphere which is sometimes punctuated by the striking use of primary colors, and Eva Green’s fatal beauty is effectively conveyed through her green eyes and red lips as well as the beguiling presentation of her naked body.

The third story is also connected to one of the main characters in the previous film. After Detective Hartigan(Bruce Willis) sacrificed himself to save her from Senator Roarke and his twisted yellow scumbag son, Nancy(Jessica Alba), the most popular dancer in the aforementioned strip club, is still struggling with Hartigan’s death. While desiring for the death of Senator Roarke more than ever, she also begins to drink more than usual, and Hartigan, who has been watching her as a wandering ghost, feels sad and bitter because there is nothing he can do for her.

To make the matters worse, Senator Roark, who is still quite angry about his son’s death, recently comes to know where she is, but Nancy already has a plan for her revenge, and that is where Marv(Mickey Rourke) comes into the picture. Like he gladly helped Dwight before, he is willing to help the girl he has always guarded from many unruly customers of her strip club, so they head into Senator Roark’s place while being well prepared to kill anyone standing on their way.

Like the previous film, the movie has a fair share of brutal, ruthless violence to jolt us, and you may cringe at a gruesome moment which involves with the loss of an eyeball belonging to a certain supporting character. Thankfully for us, such graphic depiction of violence in the film is filtered through its stylish approach, and the movie sometimes shows a twisted sense of humor as handling its wild, extreme moments of violence.

However, the movie did not grab my interest as strongly as the 2005 film. Although I enjoyed its style as before and I understood well that it was bound to feel not so fresh as a sequel, it is far less memorable compared to the previous film mainly due to its less interesting stories. While I was particularly disappointed with the lackluster ending of its third story, its second story is utterly predictable to the bone with no big surprise, and what finally happens at the end of its first story could be delivered more effectively if there were a little more build-up process before that.

As a consequence, I became more conscious of its artificial aspects including its broad characters, but I appreciated the performances from its actors, who must have spent lots of time in front of the green screen during the shooting but look convincing in the final product as the gray denizens of Sin City. While Mickey Rourke, whose electrifying comeback performance was one of the best things in the 2005 film, is again the most enjoyable element in the film as an urban savage who will not miss any opportunity of fight hurled at him, Josh Brolin and Joseph Gordon-Levitt acquit themselves well despite thin characterization, and Powers Boothe virtually oozes sleaze and menace while chewing his scenes as the big bad wolf of Sin City. The female characters in the film are mostly depicted as the objects of desire, but Eva Green, Jessica Alba, Rosario Dawson, Jamie Chung, Jaime King, and Juno Temple inject enough spunk into their characters, and they look as bold, sexy, and vibrant as required.

The director Robert Rodriguez, who struggled to make this film despite the critical acclaims he received for the 2005 film(the movie did not do well on the box office, by the way), does not completely fail here, but his movie merely trudges within its style which was already established a long time ago, and I was not very excited during my viewing. This is the same old dirty city we saw before, and, to be frank with you, I am getting a little bit tired of that now. 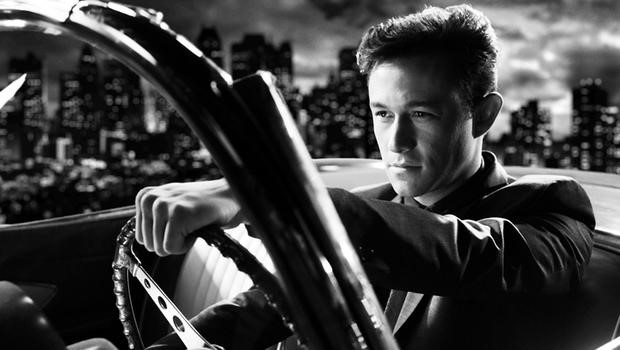