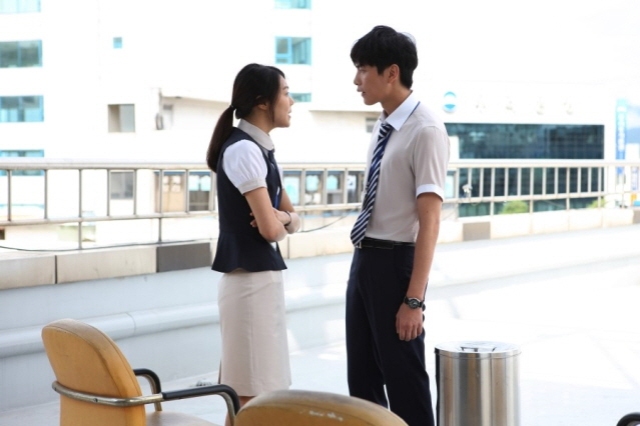 Many romantic comedies become mellow or slow during their third act as things get more serious, but South Korean romantic comedy “Very Ordinary Couple” is a bit different because of the irony inside the dynamic between its couple. They decide to separate at first, but they find themselves drawn to each other again, and they come to see that they still have the feelings toward each other – and the same problems they have encountered before.

While they work in the same bank, Lee Dong-hee(Lee Min-ki) and Jang Yeong(Kim Min-hee) have been lovers for a while. It looks like there was a time when they were happy together, but now the romance becomes fizzled, so they recently decide to end their relationship. They try to be cool and sensible about this break-up, but, like any ordinary couple, it is hurtful to both of them as they try to get over with it.

As the co-workers, they manage to be nice to each other in the bank as if nothing much had happened between them. Except Dong-hee’s close colleague, the people in the bank only know that Dong-hee and Yeong have been dating with someone, so they do not have to talk about their relationship to them except simply saying that they have a break-up, and all they have to do is moving on with their respective lives.

Well, it turns out to be not that easy. They still fight and clash with each other like a resentful couple even though they emphasize that they are no longer a couple. They become petty and nasty to each other among the ruins of their relationship, and their co-workers slowly begin to sense something being heated between them although they have no slightest idea about the reasons behind their edgy behaviors. And this invisible tension between them is more intensified as they are respectively getting involved with someone else. 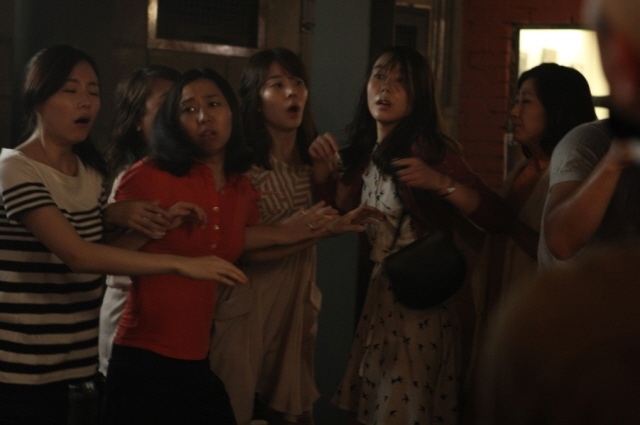 You think what will happen next, but the movie is quicker than expected. After the series of misunderstandings and comic circumstances, Dong-hee and Yeong admit that there still exists the feeling between them after one big turbulent dramatic/comic situation, so they come to believe that they should grasp the second chance given to them. As a result, they finally return to their former happy relationship as before….

… but I have to remind you that the movie is far from being over yet at this point. As mentioned by Yeong during their reconciliation step, separated couple is likely to resume their relationship again but it is also quite likely that they will be separated again, so we soon see how their relationship becomes strained again. While we can see how they got close to each other in the past through their blossoming second romance, we also discern how they got distant to each other before their first break-up as the emotional temperature between them is lowered again. In addition, the fallouts from the first break-up also affect their renewed relationship, and they gradually realize what they have forgotten: why their relationship could not work – and why it still cannot work.

While their story goes along this predictable but amusing route full of ups and downs, the director Roh Deok keeps its comic momentum rolling quick and fast like a roller coaster which is prominently featured later in the story as a crucial storytelling device. One of the funniest moments in the film is when Dong-hee and Yeong behave like sworn enemies and try to goad each other by any means necessary, and it is hilarious to watch thanks to the deft editing and the good comic timing between two lead performers as the absurdity of their mean and ridiculous behaviors escalates along with the emotional tension between them. 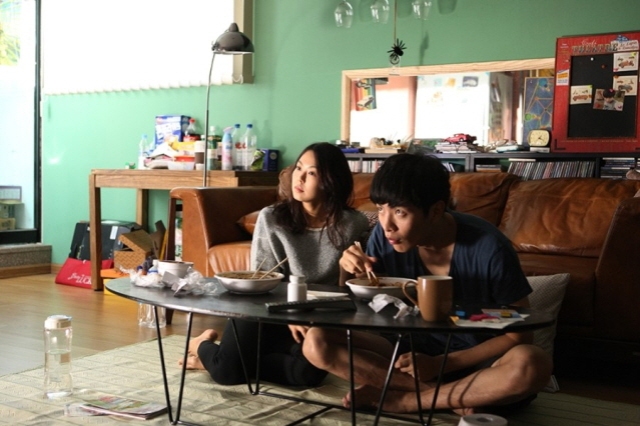 Two lead performers, Lee Min-ki and Kim Min-hee, are a believable comic/romantic couple in the film, and they lightly dance together between comedy and drama. I noticed Kim Min-hee for the first time in another South Korean comedy film “Hellcats, I Like It Hot”(2007), and she gives a delightful performance again in this movie. She is charming and likable right from her first appearance, and we come to feel lots of sympathy toward her character as she goes through difficult moments. The more I think about Dong-hee, the more I dislike him because of his character flaws and many unwise behaviors, but Lee Min-ki at least makes Dong-hee an understandable character if not amiable. He may love Yeong as much as she adores him, but, as many of you know, the love relationship cannot be maintained only with romance, and they both eventually learn a hard life lesson in the end.

Although the story accordingly becomes less cheerful during its third act, the movie seldom loses its wits. Showing its characters through handheld camera approach, the movie presents their silly situations in a comically realistic style not far from TV series “The Office”, and it has the good supporting performers who have a fun with their colorful characters. When one naive intern threw a good punch line about his new work environment at one point, I and other audiences could not help but laugh because we could not possibly agree with him more. With such funny people like them, working at the bank will be never boring at all despite mundane paperwork.

“Very Ordinary People” may be an ordinary romantic comedy as its title suggests, but it is an entertaining one with not only good laughs but also some insights on love relationship. They think they can do better, but they unwisely forget why they could not do better before, and that is why there is an amusing irony in the ending. It is hard to begin a relationship, but it is also difficult to end it – but we all keep trying, don’t we?