Although its interesting but flawed story does not make sense at times, Park Chan-wook’s first English-language film “Stoker” is wonderfully tense and creepy enough to hold our attention at least during its running time. Starting from a conventional thriller premise, the movie gives us interesting characters to observe, and their dark, compelling interactions are subtly presented with the anxious ambience suggesting something malevolent lurking beneath the screen. Like any Hitchcockian thrillers, we can see something bad will happen sooner or later, but what will exactly happen in the end?

The story is mainly viewed through the eyes of a 18-year-old girl India Stoker(Mia Wasikowska), who has just gone through a terrible situation on her birthday. When she and her mother Evelyn(Nichole Kidman) were waiting for him at their comfortable and well-decorated house, her dear father Richard(played by Dermot Mulroney in flashback scenes) died in an unfortunate car accident. The funeral is held few days later, and the friends and relatives come for showing condolence to this sudden tragedy, but our poor neurotic girl does not seem to get much comfort from them.

One of the condolers at the funeral is Charlie Stoker(Matthew Goode), Richard’s younger brother. Neither India nor Evelyn knows a lot about him except that, according to what they are told, he is a businessman who has traveled a lot for his work outside US. Regardless of whether he is really Richard’s brother or not, or whether he is really what he seems to be, this charming guy quickly insinuates himself into the household even before India starts to sense that there is something not so right about her uncle Charlie. 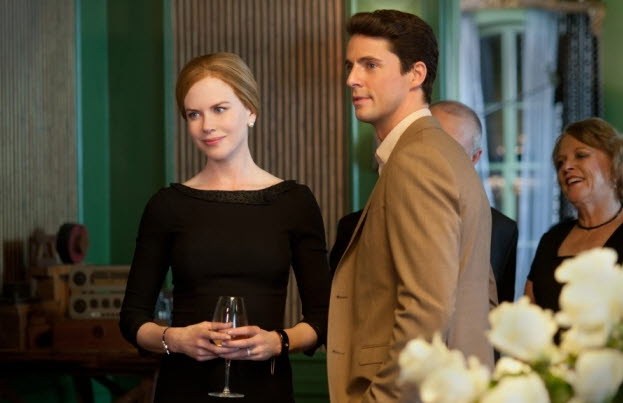 The dynamics in their interactions are apparently inspired by Alfred Hitchcock’s great thriller film “A Shadow of Doubt”(1942), which was about an innocent girl psychologically entangled with an evil man who happened to be her beloved uncle(and his name was Charlie in that movie, by the way). In “Stoker”, a similar relationship is quickly developed between India and Charlie; although they have never met each other before, both feel a certain connection forming between them when they first meet. Both see through each other, and that considerably disturbs her. Is it another familiar case in which the opposites are attracted to each other? Or, is it something far more insidious than that?

As toying with these ominous possibilities in an approach both stylish and playful, the movie gradually accumulates the creepy tension churning below its calm surface. Like the director Park Chan-wook’s previous films, many scenes in the movie are filled with details and careful compositions to draw our eyes, and the movie tightly focuses on its main characters and their house even when their mutual interactions indirectly or directly affect the world outside. The unstable psychological dynamics between India, Charlie, and Evelyn feel increasingly palpable as a result; while getting more intimate with his niece day by day, Charlie also approaches to Evelyn, who sort of accepts his seductive approach as a lonely widow.

As their plot thickens, the movie strikes us with several sudden bursts of violence. Compared to “Oldboy”(2003), which was Park Chan-wook’s major international breakthrough, the violent scenes in the film look relatively tame, but they are strikingly effective because of the calm but suspenseful atmosphere surrounding them. They are not mere tools for driving plot; they are driven by the dark impulses of the characters we are interested in, and we become more engaged while wondering what will happen next.

I must point out that the screenplay originally written by Wentworth Miller is not entirely implausible due to many plot holes in its story including the unconvincing behaviors of Richard’s aunt Gwendolyn(Jacki Weaver), who, considering what she knows, should have looked more alarmed to see Charlie hanging around India and Evelyn and should have not done something not so recommendable to do in thriller film.

But “Stoker” is still a stylish psychological thriller story decorated with many disturbing moments, and its inherent weaknesses are compensated by its solid lead performances. Mia Wasikowska has never stepped back in her career since drawing our attention for the first time in Tim Burton’s “Alice in Wonderland”(2010), and she is impressive as a neurotic teenager girl who sees the darkness inside her through the other darkness tied to hers more than she and we initially thought. As the opening scene suggests, this thriller also works as a twisted coming-of-age drama, and Wasikowska deftly handles the emotional turmoil and following maturation inside her teenager character even when her view becomes less reliable.

Her two co-performers are also good. While Evelyn is a relatively underdeveloped character, Nicole Kidman is well-cast as a mother who feels more distant and perplexed about her daughter than before. Evelyn knows well that her daughter was far closer to her husband while enjoying routine hunting trips with him, but India becomes more alien to her even after his death, and she does not know what to do with her daughter while drawn to the seduction of a dark, handsome stranger. 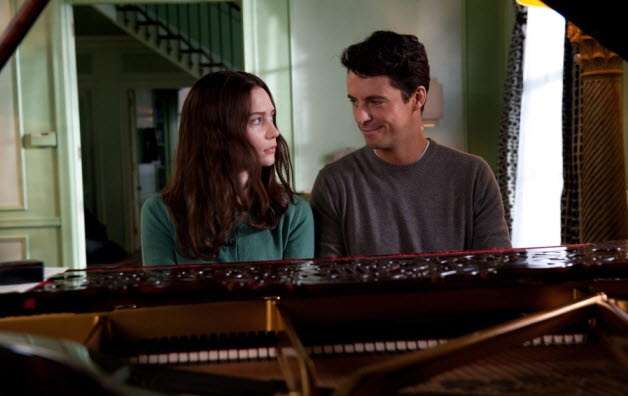 Matthew Goode, in his most diabolical turn since “Lookout”(2007), is simultaneously suave and menacing as a charming but possibly dangerous man. His avuncular behaviors to India are always tinted with that stealthy mannerisms of a predator approaching to a prey, and he and Wasikowska have a particularly memorable moment when their characters play piano together(The score is composed by Clint Mansell, but the piano music is composed by Philip Glass as requested by the director – both of them do nice job here).

“Stoker” is as distinctive as other notable films in Park Chan-wook’s admirable filmography. Sometimes the movie goes a little too far with its style and symbols, but it is enjoyable to watch, and it certainly proves that Park Chan-wook can make an English-language film while his own touches remaining intact. I do not know whether he will make another film in US, but, considering his achievement in this well-made thriller, I think we can safely have some expectation if he does it.