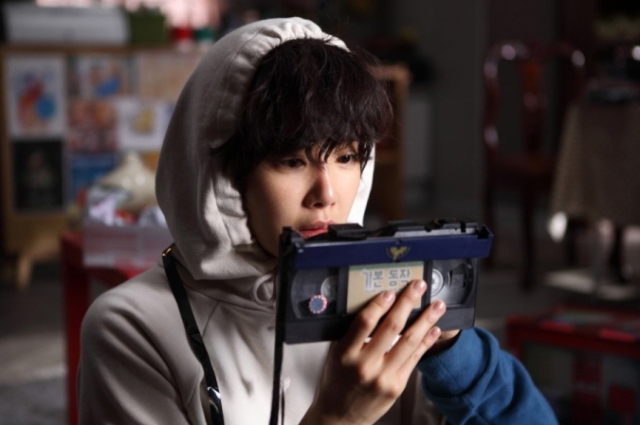 I have never read those self-help books, but I know one thing for sure: they are pretty useless guides which only waste your money and time. Although I must confess that my nerdy life of 30 years are mostly filled with books and movies, I can tell you without hesitation that real experiences and common sense can help you a lot more than them. Besides, why do you have to read those superficial books if there are good fictions which not only can entertain you but also can tell you many valuable things about life and human nature? Check out Jane Austen’s novels, and you may be a little more sensible about choosing your boyfriend/girlfriend after having a good time with their stories.

Anyway, that inherently absurd aspect of self-help books is a fertile ground for comedy, but, sadly, Hollywood has disappointed us with bland romantic comedy films such as “He’s Just Not That Into You”(2009) and “Think Like a Man”(2012). Fortunately, “How to Use Guys with Secret Tips”, new South Korean romantic comedy film, knows how to draw good laughs from its fictional self-help guide and other fun elements in its witty story, and the result is smarter and funnier than its rather corny title suggests. I must say I had little expectation due to its trailer, but I enjoyed it more than I thought, and I found myself frequently laughing even though I was aware of its cheerfully campy absurdity.

Our heroine in question is Choi Bo-na(Lee Si-yeong), a talented but overlooked assistant director who has been doing many thankless jobs in an advertisement production company for 5 years. Her obnoxious boss and her male colleagues pay little attention to her while handing her many tasks whenever she is in their sights, and she is not so popular at her workplace due to her ‘ungainly’ clothes and blunt attitude. She has somehow maintained the hope of her career advancement, but she is getting tired of receiving little reward for her diligence, and she almost runs out of patience at present. I have heard a lot about how difficult it is for South Korean women to work with men, and I think there are many female audiences who can identify with Bo-na a lot.

The latest project she and others have worked on is a TV commercial to be shot in a beach town with Lee Seung-jae(Oh Jeong-se), who has been a rising new star during last 5 years. Oh Jeong-se has lots of fun while brandishing his character’s silly arrogance. Seung-jae is actually in a difficult circumstance due to the lack of advancement in his career, but, full of vanity and pettiness, this slick star still behaves as if he were a king to be served by the director and the crews including Bo-na, and that rudeness of his annoys Bo-na a lot because she remembers well when Seung-jae was virtually nobody 5 years ago. When they previously met, he pathetically tried to impress her with his lousy dance for getting a job, and now he does not seem to remember that time at all as pompously demanding many things to Bo-na and others on the set.

Tired as usual, Bo-na falls asleep on the beach around the end of shooting, and then, because the crew has left without her, she suddenly finds herself left alone when she wakes up later at night. While trying to find a way of going back to Seoul, she comes across Dr. Swalski(Park Yeong-gyoo), a con man selling various self-help guides at his well-decorated stand with many little light bulbs shining in the darkness. Quickly persuaded by him, she eventually buys a self-help video guide set named “The Guideline for How to Use Guys” with one “Where’s Waldo?” book for 500,000 won(It’s around $450, by the way).

She regrets in the next morning(and it’s VHS! – when is the last time you saw a VHS player?), but, to her surprise, she finds that the video guide is actually helpful to her career and daily life. Along with the delightfully hammy performance by Park Yeong-gyoo in the series of funny video lectures on how to handle men and how to be more confident and attractive as a woman, the movie gives us many hilarious moments as Bo-na applies the lessons to her daily life, and we laugh because 1) they are mostly handled with good comic timing and 2) they reflect the truth that we sometimes need some strategies to survive and advance in our reality. In fact, I think you may find some of the advices in the movie useful if you have problems with your boss and colleagues, though you cannot always depend on them. 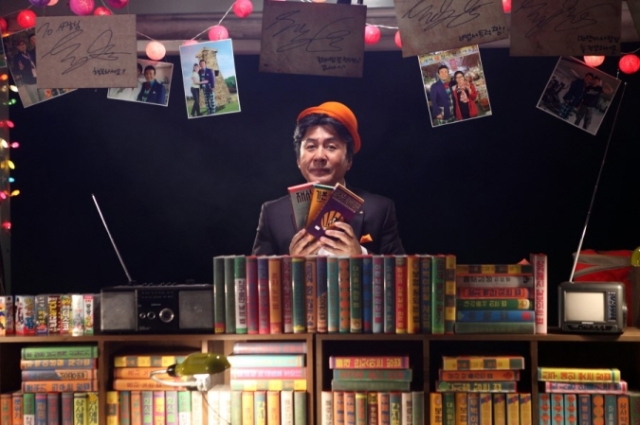 The movie is saturated with overblown colorful style and broad characters. You can sense from the start that this is no more than a fantasy(Bo-na’s home looks like a production designer’s wet dream even though she does not seem to earn that much), but the director/writer Lee Won-seok goes all the way for laughs, and he really knows how to make funny scenes. For example, when one character gets in a trouble because he is nearly naked during one certain scene, we naturally expect an inevitable moment of embarrassment and humiliation to follow, but, when we get it, the movie surprises us more than expected, and that was why that scene resulted in a big hearty laugh from me and the others in the screening room.

The lighthearted tone of the movie is well maintained by Lee Si-yeong’s lovable lead performance. While she is actually a pretty actress to say the least, she is convincing as an ugly duckling in the office even with her ‘ungainly’ clothes which actually look nice to me, and the movie works mainly because her transformation and growth through her video guide is also equally believable. While excited about her career boosted by it, she also realizes that it cannot always solve her problems, and we can say that is the most important lesson she gets from it.

While finally advancing her career with the tactics learned from the video guide, Bo-na finds herself getting closer to Seung-jae. Although they have relatively less chemistry between them as a romantic couple during the second part than as an exhausted employee and a lazy star during the first part, the lively interactions between Lee Si-yeong and Oh Jeong-se are always engaging to watch. Seung-jae still does not look like a good guy even in the end, but I sort of began to like him because at least he has some good sides despite his many flaws.

Like many romantic comedy movies, the movie suffers from ‘the third act syndrome’ as expected things happen and the situation becomes more serious than before as a consequence, and it feels dragged at times during the last 30 minutes. I think the movie could have been funnier if it had been more focused, but the movie supplies plenty of amusement and laughs during its 116-minutes, and I am really glad that somebody finally made a good comedy about self-help guide. It may look silly to you at first, but, folks, please don’t judge it by its cover. 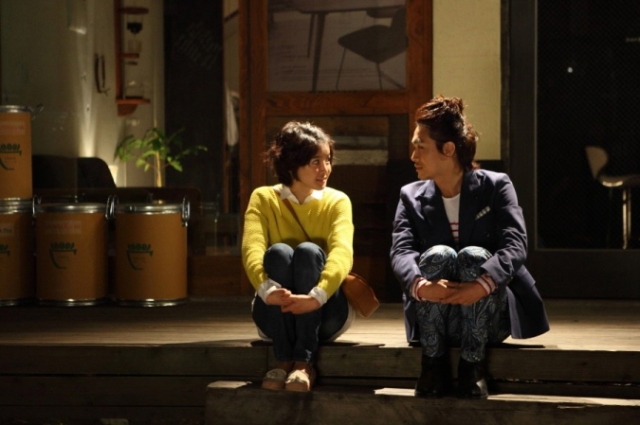