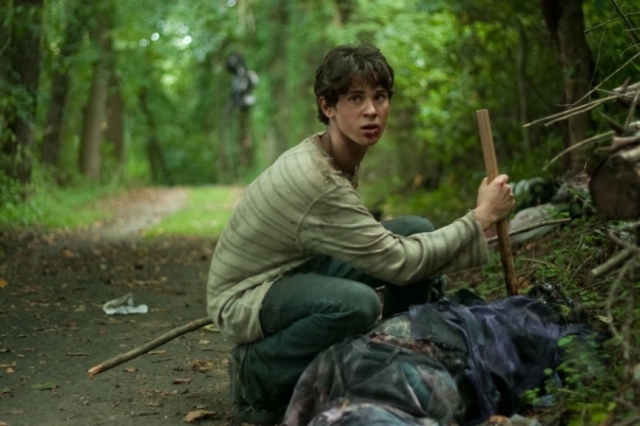 “Stake Land” is too good to be dismissed as “another zombie movie” because of its impressive gray atmosphere and a nice bleak drama unfolded in its apocalyptic world. This small horror film pays attention to its world besides its stock zombies, and it also cares about telling a story besides how gruesomely its characters kill zombies on their perilous journey.

Its premise has been becoming something of a cliché due to the countless other zombie movies we have encountered before. Yes, as you have already guessed, an unidentified disease was suddenly spread throughout US, and now the American society we know is completely collapsed, and the number of the living dead has been steadily increasing while the uninfected have been struggling to move on with the remains of their world.

Two of them are a young boy named Martin(Connor Paolo) and a middle-aged man named Mister(Nick Damaci). Martin’s parents were killed by zombies when they tried to leave their house at one night, but Martin was luckily saved by Mister. As Martin’s dying father requested, Mister has been taking care of Martin, and they are now moving to the north for a relatively safe place called New Eden, which is said to be somewhere around Canada. 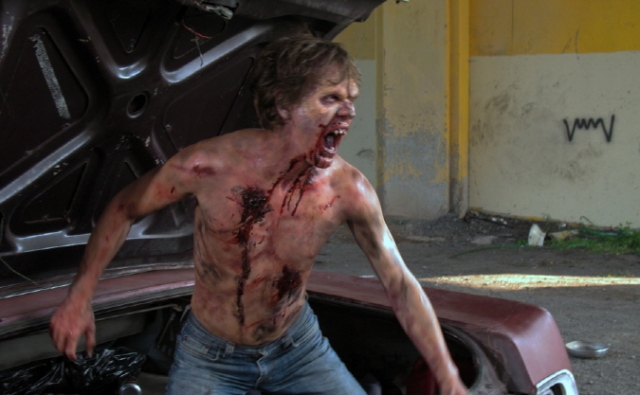 Besides protecting Martin from the various dangers on their journey, Mister also teaches him how to kill zombies for survival. Actually, the zombies in the movie are vampires and they are burned by sunlight, but they behave pretty much like standard zombies. Some of them can speak while maintaining their normal appearances, but most of them just keeps growling as the hideous rotting corpses mindlessly craving for fresh new blood. To be killed, they must be shot right in their heads, or, like good old-fashioned vampires, their hearts must be impaled with stake.

While going through several small towns and some troubles, they soon find themselves accompanied with the other people who also want to go north: a young pregnant girl(Danielle Harris), a marine(Sean Nelson), and an old nun(Kelly McGillis), who is still horrified to see how quickly the world is collapsed into a horrible chaos thanks to the living people as well as the living dead. While there is always the constant possibility of zombie attack around them, they also should be careful of a religious military group roaming around the region they are traveling through. Its fundamentalist members are so fanatic that they believe spreading more vampires is doing God’s work, and we later meet one of its most vicious and brutal members, Jebedia Loven(Michael Cerveris). Even when the judgment day does seem to come, these annoying fundamentalists are no help to us at all, damn it.

The director Jim Mickie, who co-wrote the screenplay with Nick Damaci, does a credible job of filling the screen with the sense of cold desolation through the succinct use of locations. Though this is a low-budget horror movie, its gray landscape of barren forests, abandoned houses, and harsh cold weather feels as palpable as the one shown in “The Road”(2009), another apocalyptic tale about a lonely journey of a man and a boy surviving through their devastated world where heartless evil reigns. The story is as ruthless as its world can be, and the vampires in the film look convincingly disgusting, and I enjoyed the details like using the vampires’ teeth as some sort of currency at town bar or the bold use of religious symbols throughout the movie. 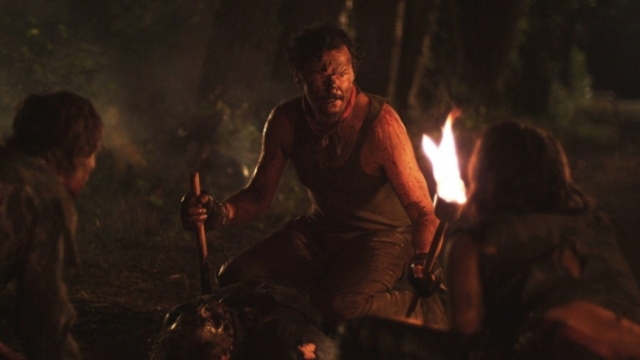 The actors are unknown to us except few cases, but they are competent performers. Nick Damici’s tough, taciturn performance works well with Connor Paolo’s weary innocence. They are believable as the characters who have been together for a long time, and that is the main reason why the scene where one of them makes a crucial decision near the ending feels quietly poignant. Michael Cerveris is effectively menacing and despicable as a hateful villain; he is someone you won’t feel sorry for even when he is about to meet a very horrific end. Kelly McGillis, looking far older than when she appeared in the popular films like “Top Gun”(1986) or “Witness”(1985) during the 1980s, gives a small but solid supporting performance as a counterpoint to Cerveris’ evil character.

After watching this film, I thought about how many zombie movies I have watched during recent years. Most of them were at least well-made, but many of them were bland because they just focused on that boringly relentless behavior of zombies. They do not have any motivation at all except functioning as scary monsters ready to bite anyone alive. They are not very interesting(how utterly boring it will be if they succeed in filling the whole planet), and I am not usually scared by them. To be frank with you, I think the tasty hilarity with zombies in the movies like “Shaun of the Dead”(2004) or “Zombieland”(2009) is more  effective and enjoyable.

While the zombie vampires in “Stake Land” are scary on the average level,  the movie has other good things besides its nasty creatures which turn out to be a little more various than I expected. Although it does not bring anything new to its genre, the movie is supported by a good story, and I appreciated its looks and atmosphere as much as its earnest approach to the story. I am sure we will soon get another zombie movie in a short time, but I won’t mind it if it is a good one like this movie. 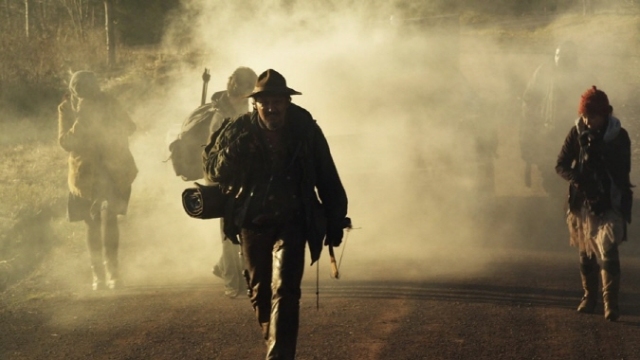